From her edits with Marks & Spencer to her daily #HWStyle outfit posts, Holly Willoughby is undeniably one of the nation’s biggest style icons. Together with stylist Angie Smith, she’s put together a whole wardrobe of stunning looks that inspire us to follow in her fashionable footsteps – including her latest John Lewis & Partners find.

On Monday, the presenter took to the This Morning set in the store’s Asymmetric Fold Midi Skirt, which is still available on the John Lewis website in sizes 8-20. Holly teamed hers with a simple blue roll neck and white Kurt Geiger shoes, to the delight of many of her fans.

Despite facing a few ‘blue and green should never be seen unless there’s a colour in between’ remarks on her Instagram page, the star was also showered with compliments for the combo, with one commenter writing: ‘I love it, you look so spring fresh, and that cut is really elegant.’

‘I love this!! Good clash of colours,’ another agreed, while a third wrote: ‘Always best to be different and stand out – can’t hate an outfit due to an old saying!!! Love love love would most definitely wear.’ 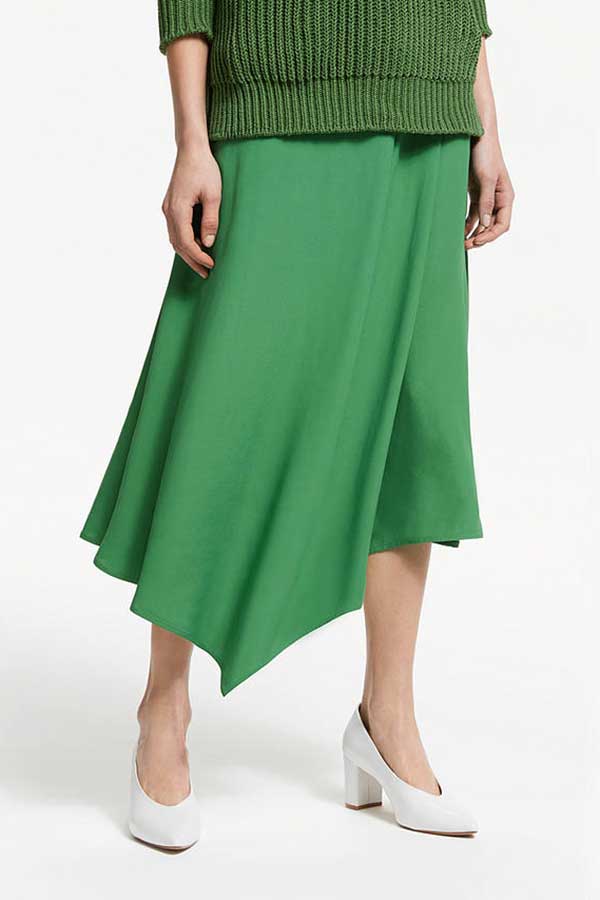 Ironically, the two colours that the John Lewis skirt are available in are Holly’s green, and a blue, albeit a darker shade of navy.

Priced at just £69, the quirky skirt is a great spring buy that can be styled tonally as the brand has done on the listing, or with contrasting shades a la Ms Willoughby. One thing is for sure though – white heels seem to be a hit with the brights. 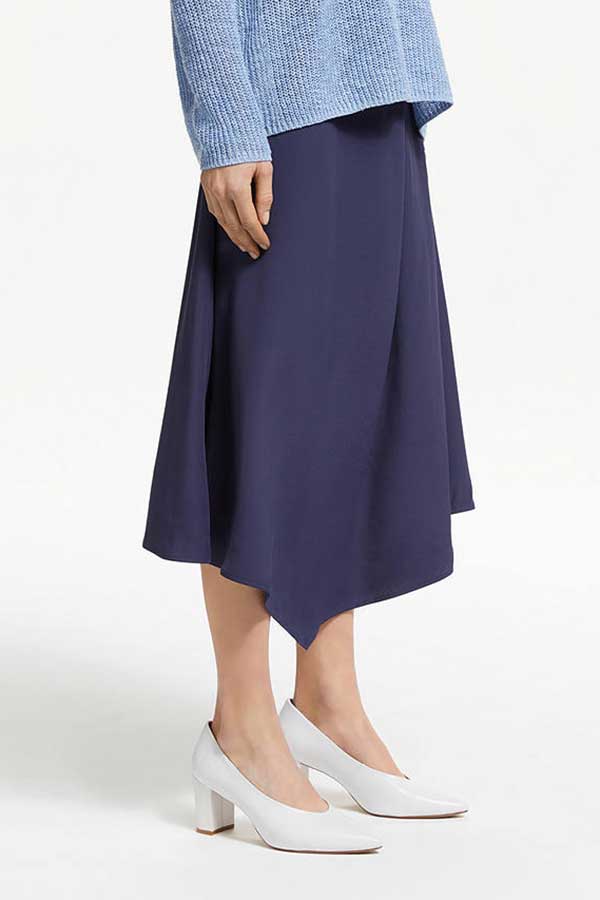 Speaking to YOU during an interview about her work last year, Angie explained that one of her main missions when she took on the role of Holly’s stylist was to inject a little extra colour into her choices.

‘The main thing I wanted to do was get her into more colour – so we tried everything on and went from there,’ she said. ‘I remember her saying, “I’ve had my kids. I just need to change it up.”’ Based on Holly’s most recent combination, we’d call that mission accomplished.

Get Sienna Miller’s Wimbledon look with the best high street white dresses from £12.99

How to get a Primark bargain on Boxing Day, according to...

Rixo just launched another archive sale and you can save up...

Fashion director Shelly Vella in the green room with Away That...

These two M&S x GHOST dresses are back in stock

Sarah Vine: ‘I had to learn to get dressed again’