If you’ve never heard of ASMR, you’re just about to. Anna Pursglove reports on the sensory sensation that’s quietly hitting the big time.

You’re e probably wondering what ASMR is – but don’t let that worry you. It simply indicates that you’re older than 45. Ask a teenager if they know about it, however, and you’ll get an eye roll accompanied by: ‘Like, obviously!’

Short for autonomous sensory meridian response, ASMR describes the tingling sensation that many people (researchers estimate 20 per cent of the population) get in response to certain triggers, usually sounds. The tingling often starts at the crown of the head and moves in waves down the neck and back. Some people report accompanying feelings of deep relaxation, euphoria and, in extreme cases, paralysis. They are, they say, literally
rooted to the spot by pleasure. 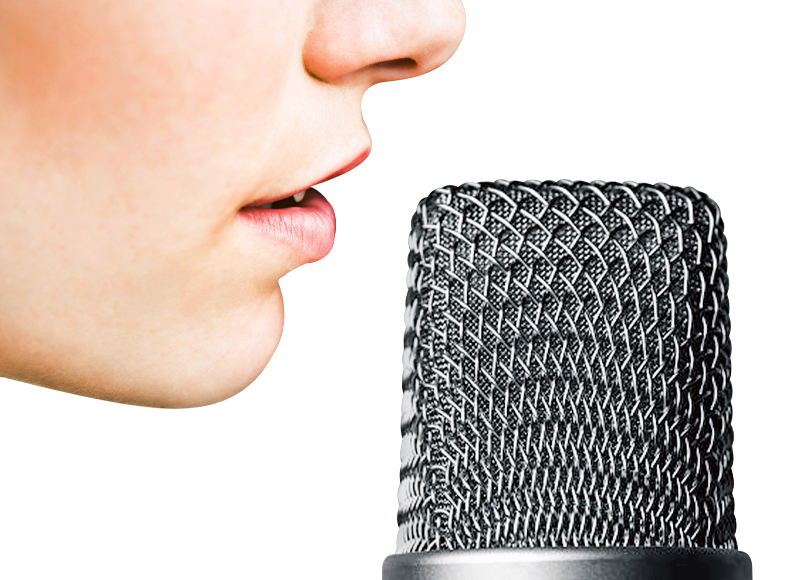 Triggers for ASMR vary but by far the most common is whispering voices, closely followed by what those in the know term ‘close personal attention’. This involves someone doing something mundane but attentive, like checking you into a hotel. Other ASMR triggers include tapping sounds (the drumming of fingernails is a popular one) and anything featuring slow, deliberate, repetitive movements. Soft stroking also elicits an ASMR response in some people.

If you are among the one in five who experience this sensory phenomenon, then the chances are that it’s been happening since primary school. Many report that their first encounter was in response to a teacher with a soft voice reading or quietly explaining a piece of work, or following the rhythmic movements of a teacher’s pen. At the time you probably had no idea that anybody else got these head tingles… in fact, you may just be discovering it now. Although videos by ASMR artists (known as ASMRtists) have been a big deal on TikTok for a few years (hence the teen fans), they were born on YouTube. In 2009,a young woman from the Midlands– identified only as WhisperingLife – uploaded a recording entitled ‘Whisper 1– hello’. The screen was black, the sound was lo-fi, and she whispered about making a YouTube channel – about whispering.

‘At the time I made it, I was doing a college course and I was quite stressed,’ she explains. ‘I found that watching videos of the Big Brother house on YouTube where the contestants were whispering relaxed me. I couldn’t always hear what they were saying, but I used to love it.’

Noticing comments from other users saying that they, too, found intense pleasure in the whispering voices, she looked for more online content but found nothing. ‘So I just made my own. I put a comment on one of the Big Brother videos inviting people to come and have a look.’

Then a would-be researcher in America called Jennifer Allen entered the fray. Trying to find a description for the pleasurable tingling feeling she experienced when watching calming videos of space, she came across a post on a message board entitled: ‘Weird Sensation Feels Good’.

She was elated: other people were experiencing the same thing. The trouble was, however, that no scientific body was going to invest serious research dollars in a closer look at ‘brain-gasms’.

Deciding that a more clinical term was the only way forward, Allen plumped for autonomous (from within) sensory (obvious) meridian (a pathway) response (not always present). And so ASMR was born.

For today’s researchers, however, the name continues to be problematic. Dr Giulia Poerio, lecturer in psychology at the University of Essex and a leading ASMR researcher, says the fact that the term is undoubtedly ‘pseudoscientific’ means some in the scientific community remain sceptical about its existence. And yet, she says, ASMR as a state has been pretty well established. In other words, participants in lab tests have indeed showed physiological changes (such as reduced heart rates) at the times they claim to be experiencing ASMR

Dr Poerio is also interested in studying ASMR as a trait. By this she means in finding out whether a person’s sensory ‘make up’ can mean they are more (or less) likely to experience the phenomenon. ‘Some of our own research, that we’ve just published, suggests that people with ASMR might have an underlying heightened sensory sensitivity. It could explain an intriguing paradox, which is that people who experience ASMR are also more likely to experience something called misophonia. This is a condition whereby people have adverse and angry reactions to everyday sounds such as eating, breathing, sniffing and coughing. They might seem like opposite reactions, but actually what happens is they tend to co-occur.’ 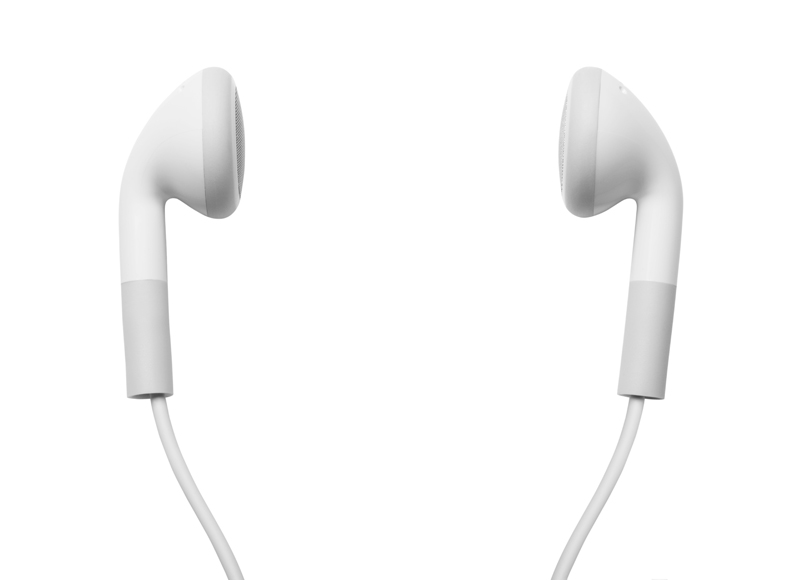 But what about the 80 per cent of people who don’t experience ASMR? Dr Poerio believes it is, at least in theory, possible for everyone to find some kind of benefit: ‘There’s so much anecdotal evidence out there that even people who don’t experience a typical ASMR response might tap into these videos to relax or to help with insomnia, anxiety and depression. Some people also find it useful as a study aid.’ She acknowledges, however, that ‘properly designed studies’ will be needed into each of these areas if we are to understand the full potential of ASMR.

A sector which hasn’t been slow to tap into ASMR is advertising. Brands including Ikea, Renault and McDonald’s have jumped on the trend, convinced not only of its existence but of its power to make us buy things. Arguably the most famous ASMR ad to date starre Zoë Kravitz whispering about Michelob Ultra Pure Gold. During the minute-long ad, she rhythmically drummed her fingernails against the glass bottle, drew listeners’ attention to the fizzing sound of the beer while whispering, gently, about the purity of the product.

And Zoë is not the only celebrity to have broadened their appeal with ASMR. In a world where fame is often a bit shouty (and on occasions slap happy) there is currency in emphasising your caring side. A series for W Magazine saw Jennifer Garner brushing wigs (yes, that’s an ASMR thing), while Kate Hudson whispered about sparkling water.

As may be imagined, there is a tipping point where ASMR videos cross into porn: where close Dr Poerio is also interested in studying ASMR as a trait. By this she means in finding out whether a person’s sensory ‘make up’ can mean they are more (or less) likely to experience the phenomenon. ‘Some of our own research, that we’ve just published, suggests that people with ASMR might have an underlying heightened sensory sensitivity. It could explain an intriguing paradox, which is that people who experience ASMR are also more likely to experience something called misophonia. This is a condition whereby people have adverse and angry reactions to everyday sounds such as eating, breathing, sniffing until October), Weird Sensation Feels Good – named for that message group that first inspired Jennifer Allen – aims to introduce ASMR to those who don’t yet know about it. It will reassure anyone who gets it but didn’t know anyone else did, while also inspiring existing devotees.

Like Dr Poerio, exhibition curator Esme Hawes believes that we are only just starting to uncover the huge potential of ASMR. ‘Rather than something teenagers watch on TikTok, it’s now something that people are using for their mental health and wellbeing. We’ve got mindfulness and yoga, and ASMR is in the middle of that. It straddles the two. It’s a very physical sensation but it’s also very psychological. There are limited things out there that do that, so lots of people – particularly over the past couple of years– have turned towards ASMR as a therapy.’

She points to the fact that the exhibition opening coincides with Mental Health Awareness Week, which this year will focus on loneliness: ‘It’s so relevant because ASMR has this parasocial aspect to it meaning ASMRtists have massive followings and people really feel an affinity with them.’

Exhibition contributor and sound artist Julie Rose Bower concurs on the untapped therapeutic possibilities of the phenomenon. ‘There is the potential for massive benefits to public spaces – in therapeutic and medical contexts, in particular, and in educational spaces as well. We already accept that it matters how spaces are lit, so it follows that it matters what things feel like and how much sound there is. I mean, if you’ve ever spent time on a hospital ward you can see that there’s a lot of potential for wider applications.’

Visitors to the Design Museum will be able to see an ASMR video that Julie produced for the V&A featuring textile conservator Susana Fajardo painstakingly restoring an embellished dress worn by singer Sandie Shaw at the 1967 Eurovision Song contest. They will also be able to listen to that first ever audio file produced by WhisperingLife, in addition to creating some ASMR content of their own.

As for the future? Well, for starters you can expect more ASMR adverts. If KFC can do it (turns out that frying chicken does indeed sound like rain) then, really, who can’t?

In fact, why stop there? If ASMR is so good at making things seem attractive, then why not employ it to help us deal with the downright annoying? I’ve emailed my bank, offering to record a whispering version of: ‘All our operators are busy but your call is important to us.’ I’ll let you know how I get on.

Whispering Willow (@whisperingwillowasmr, 1.4 million followers) Has founda niche in something she calls ‘stress plucking’. Followers only need to sit back and relax as she imitates scissor noises and ‘snips’ away invisible stress threads.

Kaeli Mae (@kaelimaee, 8.2 million followers) Triggers her fans with the repetitive sounds of organising office cabinets, cleaning sinks and preparing dinner. Her most popular video of a mini fridge restock raked in more than 93 million views.

Sarai ASMR (@saraiasmr, 2.4 million followers) Using her freshly manicured nails, Sarai literally taps into one of the most common ASMR triggers. To date, her tapping videos have accumulated over 48 million likes.

Weird Sensation Feels Good: The World of ASMR opens at the Design Museum on 13 May; visit designmuseum.org