We know we say the same thing every year, but this winter has really dragged on, hasn’t it? Spring is officially landing on 20 March, and we could not be more ready for it. Of course, that usually doesn’t guarantee endless sunshine and warm weather, but this year, the UK is set to see a mega April heatwave.

That’s right, this Easter weekend you may find yourself making a trip to the beach as temperatures are predicted to reach 28 degrees Celsius. Usually, temperatures reach a daily high of around 12C in April and we experience lows of around 4C.

Forecaster Jim Dale, a senior meteorologist at British Weather Services, said that the UK can expect hot weather to come in ‘fairly early’ this year. He added that spikes in temperatures are likely to become much more common as a result of global warming.

Speaking to the Express, Jim said: ‘I know March is the start of Spring but I think we’re probably going to get properly into April before we start to see the searing sort of temperatures. I wouldn’t be surprised to see 26C, 27C, 28C in the middle of April.’

He then added: ‘Longer-term, given what’s happening globally in terms of the temperature profiles in the southern hemisphere and what’s also happening in the United States, I would not be surprised if we started to see some big highlights – in whichever direction it goes, either cold or hot.

‘It is more likely that we see those spikes of heat at early stages because of global warming. It’s too difficult to be certain at this moment, but I would not be surprised to see the Summer deliver the same kind of heat stress at times.’

READ MORE: How to make your home more eco-friendly 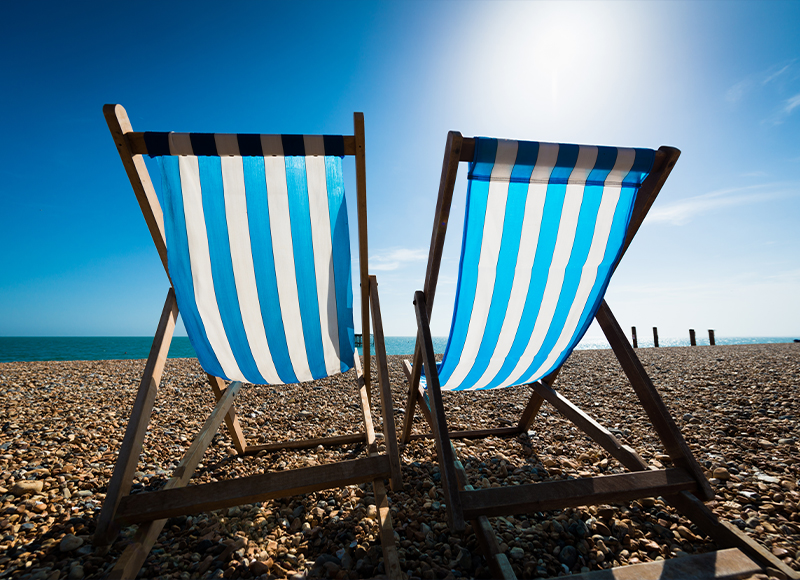 Getty ImagesSo while the prospect of a heatwave after such awful weather as of late is exciting, the cause is pretty alarming.

The forecaster also said the UK will begin to see milder weather at the end of February in the coming years, which will be mixed in with colder spells.

He said: ‘By the time we get to the end of February, we might actually be seeing a bit more in the way of mildness and warmth starting to filter in from day to day. A little bit stop-start – so you get a couple of days of 12C, 13C, 14C,15C and then back to 6C, 7C and 8C. So that interchangeable weather is probably what we’ll see.’