Mobile phones may have been great for a lot of things – keeping in touch with friends and family, navigating our way round a new city, ordering food or a taxi – but research has shown that they aren’t exactly fantastic for our mental health.

Excessive smartphone usage is associated with difficulties in emotional regulation, impulsivity, addiction to social networking, shyness and low self-esteem – and many of us will be familiar with that skittish feeling that permeates your brain after spending too long scrolling. 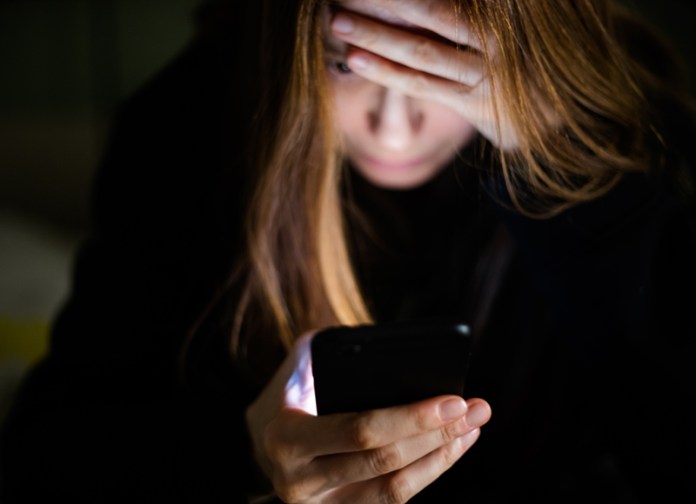 That’s why a recent video from psychiatrist Dr Julie Smith – whose book Why Has Nobody Told Me This Before? helps to educate people about their mental health and how to look after it – really struck a chord.

The video, entitled ‘5 signs you’re addicted to your phone’, included a list of behaviours and feelings to look out for.

‘You fill every possible moment of the day scrolling on your phone, losing hours of time without realising’ she wrote, alongside a short clip of her looking at her phone while on the loo (a previous study has suggested 9 out of 10 smartphone users look at them on the toilet).

‘You’re constantly checking it and feel unable to stop even when you want to’ was the next point, followed by ‘You feel alone or agitated when you are without your phone for a period of time’.

In the next clip, Dr Julie is seen looking at her phone under the desk while supposedly on a work video call (something a lot of people admitted to having done in the comments underneath her video). ‘You neglect your role or responsibilities in order to spend more time on your phone’ read the caption.

The final sign of addiction, and something many couples will relate to (especially if you’ve ever spent evenings scrolling away next to each other) is ‘Your relationships are suffering as your time together is spent on your phone rather than connecting’.

Of course, not everyone will be at the extreme end of all these behaviours, but there are probably one or two signs you can relate to in this list. Luckily, there were plenty of helpful tips from Dr Julie’s followers, with people recommending scheduling phone-free evenings in the week, making good use of the Do Not Disturb functions or downloading app-blocking tools like Focus Lock, which stops you looking at certain apps for a specified amount of time. Catherine Price’s book How To Break Up With Your Phone is also a good read if you’re worried about your smartphone usage.

How to survive the HRT shortage

This golfer stunned a male reporter by talking about her period...

5 signs you’re addicted to your phone, according to a psychologist

These restaurants are offering calorie-free menus for those who ask

‘I heard the diagnosis and thought my life was over’