Skincare has gone east in recent years, with increasing numbers of us converting to the ways of K-beauty and J-beauty (that’s Korean and Japanese, for the uninitiated) and stocking up on sheet masks and serums in the hopes of achieving that ‘glass skin’ glow.

But there are still some hidden gems to be discovered on shores much closer to our own – including a bestselling serum from Spain that’s finally arriving in the UK for 2019.

Sesderma’s Azelac RU Liposomal Serum sells one unit every 30 seconds around the world, thanks to converts who swear by its ability to reduce redness, skin spots and hyperpigmentation, and make skin appear brighter and more luminous to boot.

The hero ingredient in the clinically-proven formula is the Tranexamic Acid TRX Booster System, which is used to reduce the appearance of UV-induced melasma (brown or grey patches of pigmentation on the skin) safely and effectively.

However, it also contains a blend of other trusted actives including azelaic acid, niacinamide, retinol and retinol, which work in harmony to improve the appearance of uneven patches of skin caused by factors such as sun exposure, ageing and pregnancy.

The product has been around for 30 years – which explains some of its historic popularity – and some UK shoppers are already in on the beauty secret. According to a survey conducted by the brand, 65% of British women who planned to shop for products on holiday had the little brown bottle on their lists. 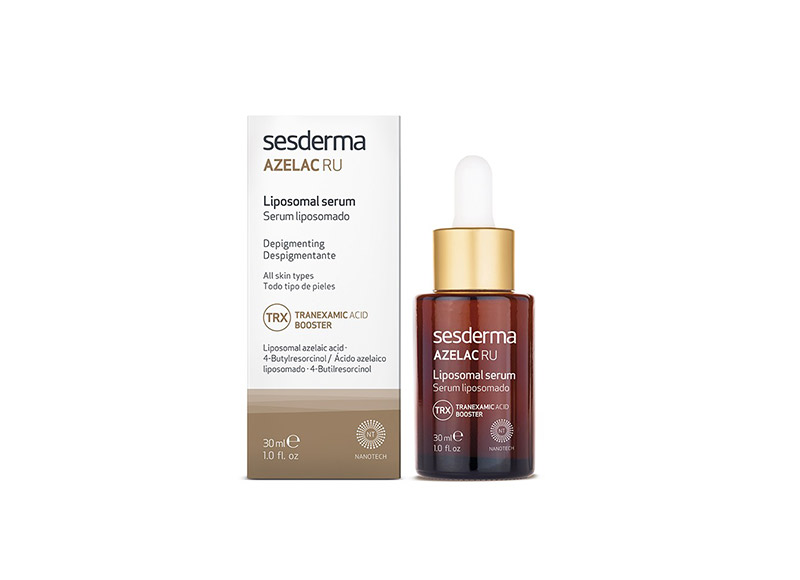 But now you don’t need to jet off to Europe to get your Sesderma fix, as it’s available to order direct from its website and also on Amazon, where it has a number of positive reviews which say that it is tantamount to ‘magic on the face.’

‘If you are also facing hyper pigmentation or dark spots then I will say you should buy this serum,’ said one happy purchaser, while another agreed: ‘After a few uses, my redness was totally gone.’ Sounds promising to us.

This concealer is the best in the world, according to Reddit

BEAUTY THERAPY: Why it makes sense to borrow from the boys