Sarah Everard’s family say she was ‘wonderful’ and they ‘miss her all the time’ in a statement released exactly a year after her tragic death.

Sarah disappeared while walking home from a friend’s house in South London last March. Met Police officer Wayne Couzens was later sentenced to a whole-life term for her kidnap, rape and murder, in a case which sparked national outrage.

Remembering Sarah, her family said: ‘Our lives have changed forever and we live with the sadness of our loss.

‘Sarah was wonderful and we miss her all the time.

‘Over the past year we have been overwhelmed with the kindness shown to us, not just by family and friends, but by the wider public.

‘We are immensely grateful to everyone for their support; it has meant such a lot to us and has comforted us through this terrible time.

‘Sadly, Sarah is not the only woman to have lost her life recently in violent circumstances and we would like to extend our deepest sympathy to other families who are also grieving.’ 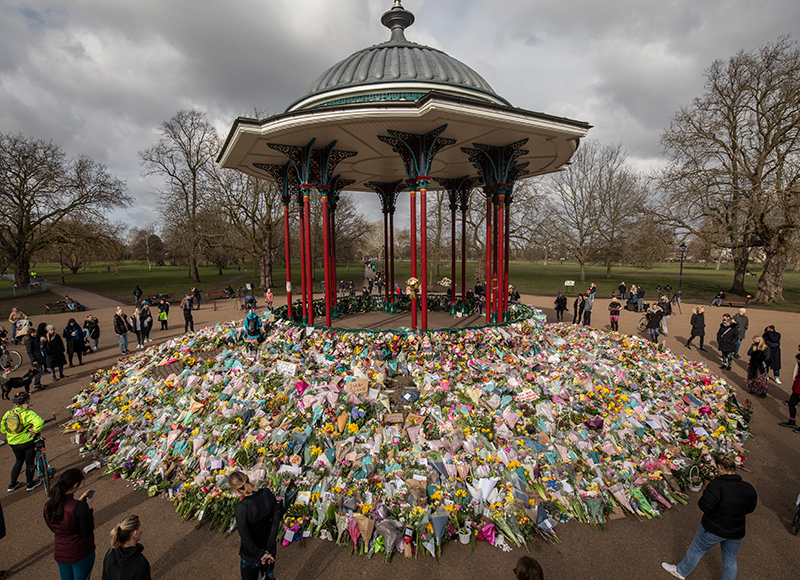 Horrifyingly, Sarah is just one of 141 women reported to have been murdered in 2021 – an increase on the previous two years. The murders of Bibaa Henry, Nicole Smallman, Sabina Nessa and Ashling Murphy have all hit the headlines in recent times, leading to calls for greater efforts to stop violence against women.

But what is being done about it? Today, Mayor of London Sadiq Khan said ‘I am clear, we cannot simply respond to male violence against women and girls – we must prevent it.’

The government response includes a multi-year campaign called ‘Enough’, which is designed to challenge perpetrators of several forms of abuse – including street harassment, coercive control and unwanted touching. It will include a short film broadcast on TV and social media, in which ordinary people are seen challenging men and boys who harass, abuse or assault women. There will also be social media adverts, podcasts, and physical billboards displayed in bars and on streets, public transport and university campuses.

It’s certainly positive to see steps being taken to tackle the root cause of violence against women – in other words, telling men to stop this behaviour, rather than telling women where to walk/what to wear/when they can go outside. However, ask any woman and she’ll tell you there’s still a very long way to go until we feel safe on our streets, and we need men to be as proactive in the revolution against this form of violence as we are.

Hopefully, this national conversation will lead to a significant change for women in the future. For now, we remember those many women whose lives have been snatched away, and send our thoughts to the Everard family as they endure a tragic anniversary.