We didn’t think chocolate could get any better – and then ruby chocolate came along.

The buzz about the ‘fourth flavour’ of chocolate started in 2017, when it was unveiled with China as a colourful (and delicious) addition to our usual dark, milk and white bars.

Now ruby chocolate is finally coming to UK stores, and is set to be the biggest trend in confectionary this year, with brands such as KitKat and Fortnum & Mason introducing the pretty-in-pink chocolate into their offerings.

So what’s all the fuss about, and where can you get your hands on it to give it a try?

What is ruby chocolate?

Ruby chocolate was first unveiled in China in September 2017, after being created by Swiss chocolate company Barry Callebaut – making it the first new type of chocolate since white chocolate was discovered in Switzerland in the 1930s.

It is made from naturally occurring ruby cocoa beans found in Ecuador, Brazil and the Ivory Coast, which are processed to give the chocolate that distinctive rosy hue.

At the time of its launch, a spokesperson for Barry Calebaut said that ruby chocolate tastes like ‘a tension between berry-fruitiness and luscious smoothness’ – although no berries are actually used in the making of the confectionery. 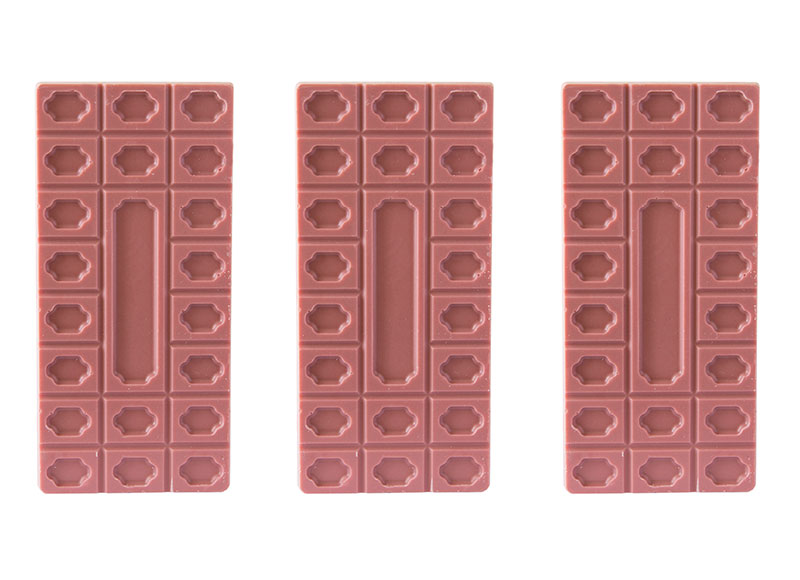 Industry expert Kennedy’s Confection Angus Kennedy also shared his thoughts, explaining that ‘it’s also sweet like traditional chocolate but, instead of the warm, cloying feel and flavour, the taste is zingy and fresh.’

However, some have said that the light, refreshing nature of ruby chocolate means you’ll likely to eat more of it than other varieties, so proceed with appropriate caution…

Where can you buy ruby chocolate in the UK?

Nestlé are one of the first major brands to bring ruby chocolate to UK consumers, with the launch of KitKat Ruby, available from Tesco stores from 16 April.

Alex Gonnella, Marketing Director for Nestlé’s UK confectionery business, said of the wafers: ‘Ruby chocolate is a big innovation in confectionery and we are very proud that KitKat is the first major brand in the UK to feature this exciting new chocolate.’

At the most luxury end of the spectrum, Fortnum & Mason are also releasing a ruby chocolate collection, which is on sale in stores and online from 13 April, and includes bars, a selection of truffles, and even a hot chocolate.

‘Fortnum’s has been a destination for adventurous foodies for three centuries, and we’re certain ruby chocolate is going to be the latest delicious discovery to capture our customers’ imaginations,’ Fortnum’s Commercial Director Lucy Williams tells YOU.

‘We’re launching now because Fortnum’s has always been at the forefront of finding delicious new things – which is why we’ve made sure our ruby chocolate is the highest grade and purest form available, so it’s the finest possible example of what this naturally pink and utterly unique chocolate really tastes like.

‘Because of its unexpected arrival, its glorious colour and most of all, its taste. It’s undoubtedly a fabulous story that this naturally pink chocolate has appeared, almost as if by magic, but it is the taste which will keep people coming back to ruby chocolate: it’s subtly tart, rich with sweet red berry notes and wonderfully smooth. Foodies everywhere are going to love it.’

This supermarket just launched the weirdest flavour of festive crisps yet

This could be why you like coffee more than tea