In February this year, clinical psychologist Vanessa Moore wrote in YOU about the signs she receives from her late husband, in the form of white feathers. We were overwhelmed with emails and letters about similar experiences. Here, four readers share their stories… 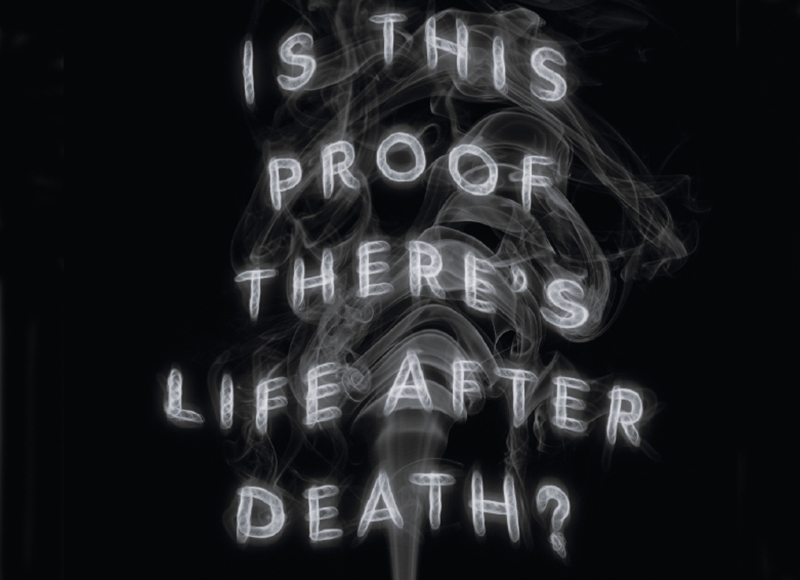 ‘I PRESSED THE DOORBELL AND FELT MUM WITH ME ’

Gillian Walker, 75, lives in Wivenhoe, Essex, with her husband Peter, 75. She has two children and four grandchildren.

A couple of months after my mother Anne passed away in late December 2008, my brother phoned me and told me that out of the blue, his doorbell – which he’d bought soon after Mum died– had started playing a piece of music by the clarinettist Acker Bilk.

It was a fancy doorbell, with a choice of ten tunes, that he’d had set to Westminster chimes since he’d bought it. He told me that not only was it playing this new tune – one of the ten options – but it was happening when there was nobody at the door. And, despite having reset it back to the chimes, it kept happening.

I knew immediately it was a sign from Mum. She had loved Acker Bilk’s music so much we even had it played at her funeral. I decided I needed to see and hear it happening for myself. As I pressed the doorbell and heard the familiar melody, I said, ‘Hello, Mum’.

I knew she was there with me and I felt incredibly comforted. Several months later, my brother moved house, leaving the doorbell behind, which marked the end of the signals from Mum. Yet more than a decade on I still smile when I think about it.

I don’t believe someone’s energy simply ends when they die. That was her way of letting me know that wherever she has gone on to, she is content.

‘I DON’ T BUY BISCUITS, BUT I STILL FIND CRUMBS’

Hazel Douglas is 70. She is divorced and lives in Norwich.

I didn’t get a chance to say goodbye to my dad Harry before his death. He died in hospital – where he was awaiting heart surgery after suffering a stroke– and I didn’t make it in time.

Dad was 95 but that doesn’t make it any easier to lose someone, nor accept that you didn’t have a final moment with them.

I believe that the multiple signs Dad has sent me since his death in 2018, three years after my mum died, are to let me know he is still with me in some way.

The first one came just three days after he died. I would visit him several times a week and I’d read the Daily Mail while he read the Daily Mirror. He particularly loved the sports and puzzles pages. That day, still reeling from his death, I picked up my copy of the Mail and in the middle of it were the sports and puzzles pages from the Mirror. I froze – I couldn’t believe my eyes.

I immediately walked to the newsagent to see if all the papers had been mixed up by accident. But no, it was just mine.

Not long after that, my brother and I were in Dad’s house, summoning the emotional strength to begin sorting out his belongings. I looked up and staring at me through the window was a robin. For several minutes it sat perfectly still on the windowsill, its gaze never wavering. I knew it was Dad, encouraging me to crack on and do what had to be done.

But by far the most unusual sign I’ve received was when I put my dressing gown on one morning and reached into the pocket to find a handful of digestive biscuit crumbs in it. I’m not a biscuit eater– I don’t even keep them in the house– but I know somebody who loved them… Dad.

‘THEIR SPIRITS RETURNED IN THE FORM OF BIRDS’

Sally Treganowan, 73, lives in Tunbridge Wells with her husband Mike, 70.

It’s not just people who send messages after their death – I’ve been lucky enough to receive signs from two of our deceased dogs that their spirits are still with me.

In 2000, my husband and I adopted Chrissie and Hollie, a pair of eight-week-old mongrel pups who’d been found abandoned at a council dump in Sheffield. We don’t have children – our pets are our babies– and Chrissie and Hollie had the best life, living between our homes in Sussex and the Dordogne in France.

In 2014, Chrissie was put to sleep by our French vet after developing a liver condition, and as she slipped away, a little robin looked in the window of the vet’s surgery at me. I knew it was her.

After she died, we drove to Northern Spain in our motorhome with Hollie, too bereft to go home where we would feel Chrissie’s absence so keenly. After a walk on the beach, I was stopped in my tracks by the sight of a little robin fast asleep on the steps of our motorhome. Knowing she was still around helped soothe my grief.

In 2016, it was time to say goodbye to Hollie, who also died peacefully in France after suffering a heart attack.

Once again, she came to us in bird form, just hours after her death, as a red kite, screeching and swooping over our swimming pool– she had always been the noisier, crazy one of the pair.

Since then, we’ve seen a robin and a red kite on several occasions: a kite once flew ahead of our car for several miles as we prepared to leave France when we sold our house there, and we’ve also found a robin sleeping in our motorhome.

When it happens, it makes me tearful but in a happy way. I still miss Chrissie and Hollie terribly, so to feel I still have a connection to them is wonderful.

We now have a new dog– another rescue called Sophie, who was abandoned at the side of a motorway – but we will never forget Chrissie and Hollie. I believe the signals they have sent are their way of saying they’ll never forget us either.

‘A BUTTERFLY LET ME KNOW MY SON WAS OK’

As any parent who has lost a child will tell you, the pain and feeling that there is a part of me missing never goes away. Yet the signs my son has sent me have given me so much comfort and only served to confirm my belief in an afterlife.

Charles* was 19 when he died unexpectedly after suffering a reaction to a drug he’d taken. He had been on the cusp of starting university, his whole life ahead of him, and his death devastated our family.

Two days after Charles died in 2019, I went for a walk in a park with my best friend, who was his godmother. Sitting on a bench, both of us shell-shocked, the most beautiful red admiral butterfly landed on my knee.

Instead of it fluttering away after a second or two, it sat for several minutes before moving to my friend’s knee then up her chest, beside her heart. When it returned to my knee, I was even able to take a photo of it, so unperturbed was it by us.

I’ve always been a spiritual person and, already familiar with the symbolism of butterflies that represent rebirth and new life, I knew without doubt that vibrantly coloured butterfly was Charles’s way of letting me know he was OK.

A day later the same type of butterfly appeared in our garden, and not long after that, on the first Father’s Day since Charles’s death, Michael and I spotted it fluttering around us as we took a walk.

Close friends and family all share my belief that it’s a sign from Charles. Along with talking about him, and keeping photos of him around the house, looking out for red admirals is another way of keeping him alive in our hearts.

No parent should outlive their child but knowing his spirit lives on in some way, and that he wanted me to know that, has brought me a great sense of peace.

As told to Eimear O’Hagan