…and still sleep at night. While the high street giants struggle, a new breed of small fashion brands has nailed the secret of retail success. Julia Llewellyn Smith meets the ‘philanthropreneurs’ who’re changing the way we shop.

After her first child was born eight years ago, like many new mums, Molly Gunn ‘was a bit discombobulated’. She’d moved from London, where she’d worked as a fashion journalist, to Bruton, Somerset, and was ‘trying to be a domestic goddess, doing all the baby group things you were meant to do’.

Feeling she’d lost a sense of who she was, Molly, now 41, started writing a blog titled Selfish Mother to express her mixed sentiments about motherhood. It gained thousands of followers and became a platform for other mums to share the challenges of parenting.

But as she sat tapping out posts, her thoughts kept turning to horrific images of the Syrian civil war in the news. She says, ‘A hospital that was sheltering a lot of women and children was bombed. It just made me weep. I couldn’t stop thinking about these women doing the same job as me [raising children], but in much harder situations, and I wanted to show solidarity with them.’

Molly had 100 T-shirts made, printed with the logo ‘MOTHER’. Within 24 hours of advertising them on her blog and Facebook page, they’d sold out, raising £300 to help women in war-torn countries. ‘Immediately, I decided to sell more T-shirts in different designs,’ she says.

That was five years ago. Now Molly’s blog has morphed into a business, The Selfish Mother Store (selfishmother.com), and employs five people. Molly’s T-shirts (designed by her husband Tom) have been joined by an array of jumpers, sweatshirts and backpacks, and have raised more than £1 million for charities such as Women for Women International, which helps female survivors of war to rebuild their lives.

The company typically gives away £5 from every item it sells in special collections dedicated to good causes, as well as holding a Christmas-jumper sale where 50 per cent of profits from its Save The Children range go to that charity.

Molly is just one of a growing breed of British ‘philanthropreneurs’ – entrepreneurs who are building businesses on the basis that they will give back to society as well as make a profit. Most cite their inspiration as the shoe brand Toms, founded in 2006 after American Blake Mycoskie travelled through Argentina and noticed how popular alpargatas (canvas espadrilles) were but that many Argentinian children were too poor to wear any shoes at all. He created the ‘One for One’ business model where for each pair of shoes sold, he donated another to a child in need. Today, Toms has given away more than 93 million pairs of shoes worldwide, and now also sells coffee, bags and eyewear, donating in return to charities providing safe water, birth services and professional eyecare to people in the developing world.

Toms’ success (in 2014 Mycoskie sold half of the business to private equity giant Bain in a deal that valued the company at around £500 million) upends one of the previous established ‘truths’ about businesses – that it is impossible for them to do good without damaging their bottom line.

In fact, with the British high street struggling to survive, research shows that philanthropreneurism can be key to a brand staying afloat, with shoppers happier to pay more for labels with charitable associations. Retail guru Mary Portas, former presenter of BBC’s Mary Queen of Shops and author of Work Like A Woman, says that today any business which concentrates only on its image, while neglecting to help the wider community, does so at its peril. ‘In the future, the businesses that will succeed are the ones understanding that they can still make some money, but also do good for the world,’ she says.

With more and more of us concerned about the mass-production methods of retail giants such as Primark and Boohoo, and sickened by recent stories of the greed of tycoons such as Arcadia boss Sir Philip Green, cruising around the Mediterranean on his superyacht while the pension fund of his British Home Stores employees fell into a parlous state during his watch, philanthropreneurism gives us the chance to indulge in shopping while still feeling good about ourselves.

A recent study by the Kellogg School of Management in the USA showed consumers perceived red wine as tasting better and products such as tooth whitener as performing better if they thought their manufacturers made charitable donations, an effect known as the ‘benevolent halo’.

‘There are so many people like me who want to lead a good, ethical life and love to know they are getting a gorgeous item of clothing but someone else is benefiting as a result – it’s like feelgood shopping,’ Molly says. ‘Celebrities such as Fearne Cotton and Holly Willoughby have shown themselves wearing our stuff on Instagram – I call those shots guilt-free selfies; you’re much happier to share a photo of your new purchase when you know it’s giving back.’

Molly is completely frank that her business isn’t just about being altruistic – she has a mortgage to pay and two more children, aged five and two, to support. ‘We have to make a profit or we can’t survive as a business,’ she says. ‘But the more the business flourishes, the more we can give back to the charities concerned.’

Shoppers don’t just love brands that donate; they’re also seeking out ones with a personal story behind them, rather than a faceless international conglomeration. Alison McNicol runs the sweatshirt brand Pickle London (picklelondon.com) with her friend Frances Williams. They give £5 from every sweatshirt and £2.50 from every T-shirt sold to Mind because of the personal significance the mental-health charity holds for them.

‘I’d had depression all my life and Frances had suffered from anxiety, so we wanted to raise awareness and give back to something really important to us, rather than a random charity,’ says Alison, 47.

Alison and Frances are clear that they want to make quality garments that people will treasure – ‘rather than just a random charity T-shirt’. They were also careful to choose sweatshirt slogans that outline their philosophy, such as ‘Happy’, which encapsulates their goal of getting people to talk about mental health, but also – more subtly – correct misconceptions surrounding the issue.

‘I’ve encountered so many people who think that depression is simply about not being happy, that people who are suffering are just having a bad day, when actually they don’t have a choice about how they feel. We wanted to put a spin on that idea and show how you can use the word in the correct way,’ Alison says.

The brand also uses rainbow logos to signify ‘that after the rain comes the rainbow – even following really dark times there’s something that will make you smile. The response we get from customers is incredible. Every day they send us messages telling us how our tops cheer them up on bad days and how people stop them in the street to comment on them,’ Alison says.

Yet not everyone is bowled over by philanthropreneurism. Toms has been attacked by critics who said the company was hindering economic growth in the countries where it donated shoes, by taking business away from local salespeople. (Toms responded by promising to produce at least one-third of its shoes in the countries where they’re given away.)

Tim Hunt of website Ethical Consumer, which allows you to check the ethical credentials of more than 40,000 companies, warns that just because a brand is donating doesn’t mean it’s perfect. ‘While it’s nice to see businesses being well meaning, charity giving can present a bit of a fig leaf – it’s what we call “greenwashing”,’ he says. ‘If you really want to feel good about what you’re buying, you need to look at the retailer’s supply chain: how are the workers being paid and treated, are they receiving a decent wage, what are the company’s carbon emissions and toxic chemical emissions? Charitable giving should be secondary to that.’

One company with impeccable ethical ratings is handbag brand From Belo (frombelo.com), founded by Charlotte Bingham-Wallis and Maria Costa, both 29, who became friends 13 years ago when Maria, from Brazil, spent a year in Charlotte’s Suffolk school as part of an exchange programme. ‘We bonded over fashion and stayed in touch,’ says Charlotte.

Charlotte became a physiotherapist and in 2015 travelled around South America to visit Maria, by then working in finance, in her home town of Belo Horizonte. ‘I’d already been so shaken by the poverty I’d witnessed and I was horrified, when we went out to dinner, to see children begging for money to buy food, while we were tucking into our meal,’ Charlotte says. ‘We started talking about how useless we felt and we decided to join forces to create a positive impact.’

The friends came up with the idea of creating a handbag line made by women from Belo Horizonte, often from materials such as old seatbelts that usually end up in landfill, with six meals donated to the homeless in the town’s biggest slum for each bag sold, and two meals for every mini wallet.

They launched just over a year ago and their brand has so far purchased more than 1,000 meals and won Best Green Handbag of 2019 at the New York Independent Handbag Designer Awards – the Oscars of the bag world. ‘It’s very important our bags are desirable items in their own right, but our customers often get really emotional when they find out how they’re helping others by buying one,’ Charlotte says.

Charlotte is clear that this is business, not an altruistic pastime – she and Maria have bills to pay. ‘We’re not shy to say that we’re making a living for ourselves,’ she says. ‘But we don’t want our company to be all about profit. I think people can lose their way when it comes to money. Having a company where you help others and provide employment is more important to me. After all, there’s only so much money each of us really needs.’

There’s something for Sir Philip and his ilk to think about.

The small brands with big hearts 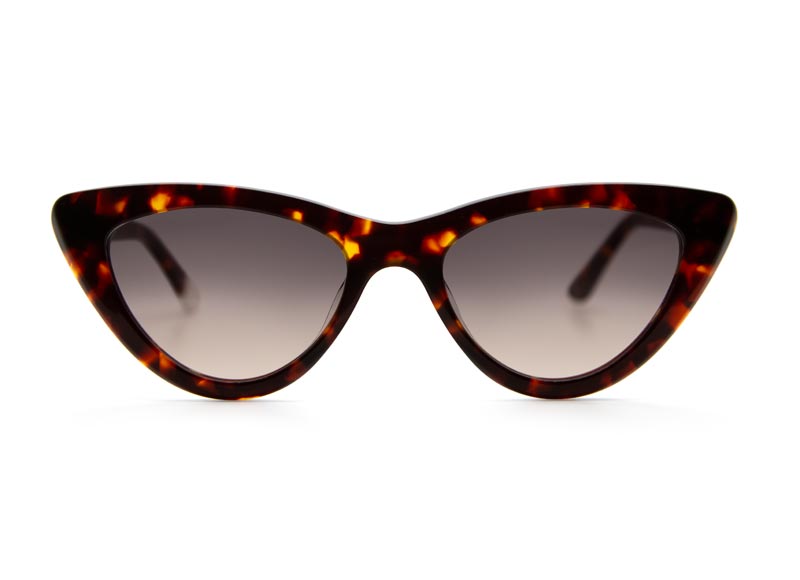 Pala was set up by marketing executive John Pritchard. For every pair of sunglasses sold, the eyewear brand donates a pair of prescription glasses to someone in Africa through grants to eyecare projects there. 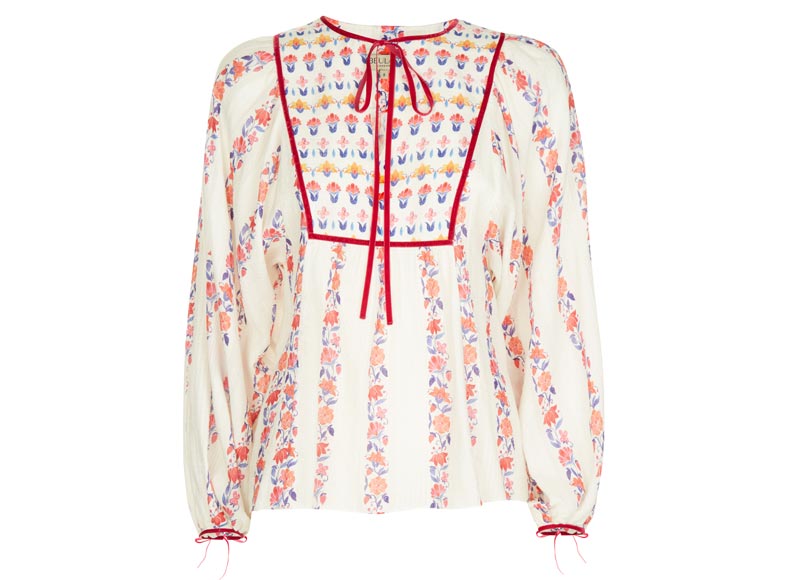 Beulah London, the luxury label worn by the Duchess of Cambridge, donates ten per cent of its profits to organisations helping vulnerable trafficked women worldwide through employment opportunities. 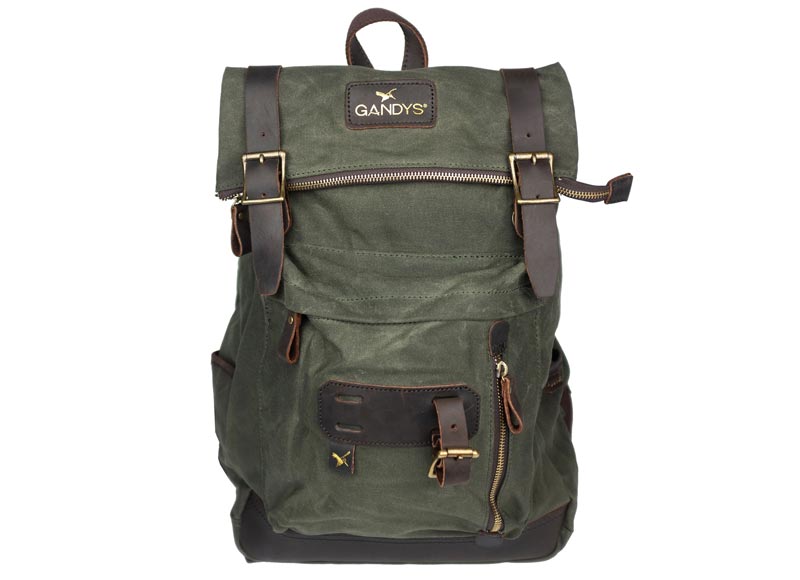 Gandys Brothers Rob and Paul Forkan were just 17 and 15 when their parents died in the 2004 tsunami in Sri Lanka. Moved by the kindness shown to them, in 2012 they began selling flip-flops to support their Orphans for Orphans charity, which gives ten per cent of its profits to underprivileged children. 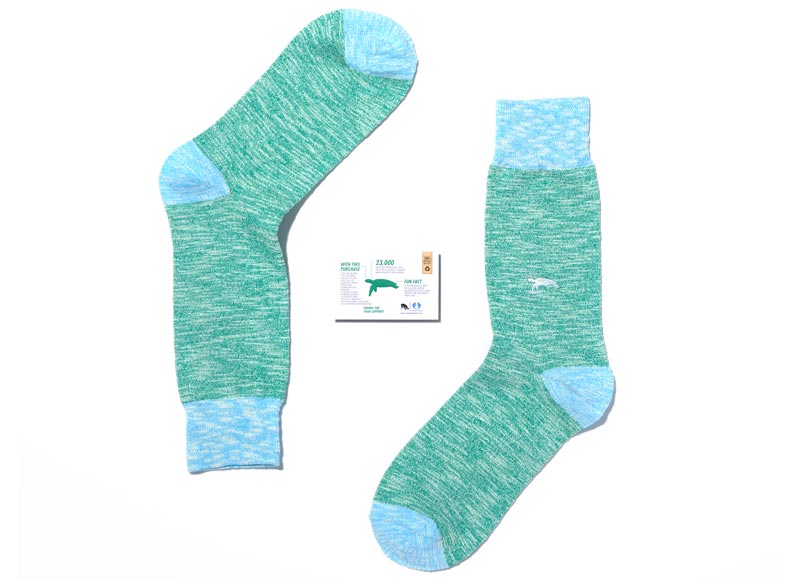 Critically Endangered Socks was founded by Dom Desmond after a visit to Borneo made him want to save orangutans. For each pair of socks sold, 20 per cent of the price goes to charities that support endangered species, with customers choosing which animal they want to help.