Since launching in February last year, No7’s The Full 360 mascara has become something of a beauty hall phenomenon.

The magic wand has been widely praised for its ability to both lengthen and volumise in just a single swipe, and became so popular that it sold one unit every nine seconds when it arrived in stores.

So, how could it possibly get any better, you might wonder? Well, one year on No7 has answered that question, by adding a few extra ingredients that will make all the difference.

Meet the new No7 The Full 360 Ultra mascara, a multi-benefit mascara which offers panoramic coverage and extra nourishment for your lashes, making them stronger, longer and healthier even when you’re not wearing the product.

The formula is infused with vitamin E to aid collagen production, shea butter to moisturise and prevent irritation, and a combination of organic beeswax and carnauba wax, which assist with that all-important texture. It’s lightweight, but still packs a punch, and there’s not a hint of tackiness (or the dreaded clump factor) in sight.

But the clever manufacturing doesn’t end there, as this blend is applied with an hourglass-shaped brush that’s designed to dispense the mascara evenly and ensure that it’s combed across every single area. 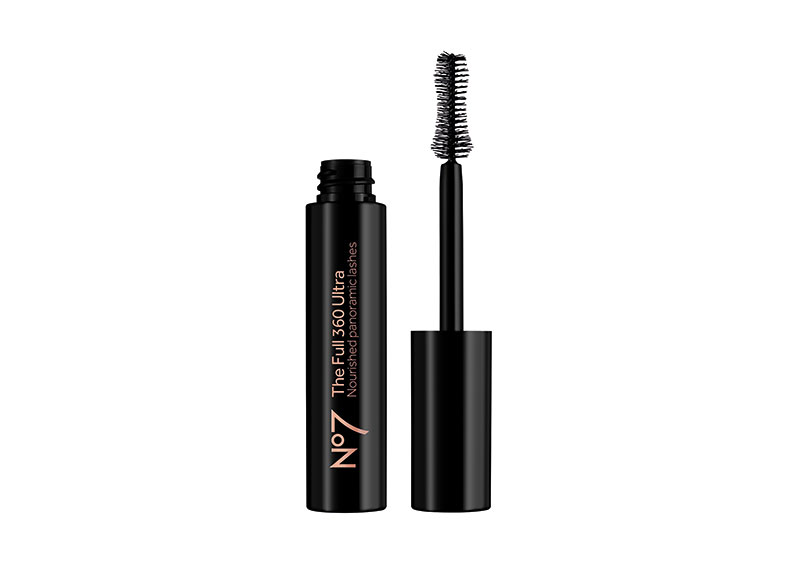 Before the launch, No7 gave the mascara to a lucky few to try, and an impressive 93 per cent of the pool said that they saw fuller lashes as a result. It’s available in both black and brown, so whether you prefer the natural look or something with a little more impact, there’s an option to suit.

With its affordable £12 price tag, it’s no surprise that one left the store every three seconds in the first 72 hours it was on shelves. Get yours now, before the inevitable sellout hits.

Laura Whitmore swears by this £7 concealer from The Body Shop

One of Prai’s £25 throat and décolletage creams sells every 60...

Flight attendants say this £16 serum will save your dry skin

Keeley Hawes used this £4 product for her BAFTA red carpet...

Urban Decay is launching a new Naked foundation with 50 shades

The bestselling shampoo in the UK only costs £5

Searches for this nail trend are up almost 2000 per cent