Supermodel Miranda Kerr has ditched the catwalk in favour of her own organic beauty brand. And, yes, she tells Edwina Ings-Chambers, she has funded it all herself.

I have good news for Miranda Kerr as we sit down in her Los Angeles office. According to a new report, sales of organic beauty are up by 14 per cent. ‘And so they should be,’ says the supermodel. ‘It’s good for people, good for the planet and it’s healthy for the skin.’ The reason this statistic should interest Miranda is that she owns Kora Organics, a skincare line she founded ten years ago in her native Australia, and which, from today, is on sale in the UK at Space NK. She’s passionate about her cause – even if that passion is filtered through the prism of an intensely calm demeanour. There’s also a warmth to her and an almost innocent charm that belies her soon-to-be 36 years. She’s clearly loyal, too. Her PR woman, who has known Miranda since they were 16, is a close friend.

Miranda is accompanied by her eight-year-old son Flynn (from her first marriage to Orlando Bloom), who wants to play on her phone. She negotiates by asking him to draw her a picture first, and as he goes off to do so she calls after him, ‘I love you, Flynnie.’

Perhaps best known for walking the Victoria’s Secret runway (though the last time she did this was 2012), Miranda isn’t just a token famous face for her brand. This is a full-time job. She has all but given up modelling, other than getting in front of the camera for campaigns or editorial shoots to help promote Kora. ‘It’s my first child, really. I started it before my pregnancies,’ she says.

She’s very hands-on, reading and often replying to testimonials posted on the brand’s site and social media. She decides which products to launch, interviewed all of her 40 staff and her ethos shapes everything. Miranda became an organic devotee at 13, when her like-minded grandmother gave her drinks made with noni, a Southeast Asian superfruit, extract of which is now Kora’s star ingredient. ‘There are misconceptions that organic products are not very potent,’ she says. ‘That’s why we’ve done clinical tests and consumer studies to show our products do get incredible results.’

This is a self-funded enterprise, though Miranda has a five per cent investor ‘but he’s not involved at all’. The self-financing business model kept the brand small and only stocked in Australia until two years ago. There is now a range of 30 products available in 25 countries, with famous fans. ‘Diane von Furstenberg emails me almost every week saying, “Miranda that body oil – I’m obsessed. The world needs to know about this oil.”’ Gwyneth Paltrow texted her after featuring the Kora gradual self-tanner on Goop, saying: ‘Oh my God, Miranda. We’ve never moved so much product. People are going nuts for this.’

So what changed? That would be her husband, Evan Spiegel, the tech billionaire CEO of Snapchat and father of her younger son, nine-month-old Hart. They met at a Louis Vuitton dinner in Los Angeles. Apparently, that evening Glenda Bailey, editor-in-chief of US Harper’s Bazaar, predicted the two would marry (although Miranda tells me that they were friends first).

Miranda had been approached by retailers wanting to take Kora to other countries but she’d always said no, not wanting to compromise her ideals. ‘Evan persuaded me to do it,’ she says. He encourages her in other ways, too – as ‘a good guinea pig’ for her products (he loves the noni sleep mask and turmeric scrub). When he likes something, it disappears from her carefully ordered product line in the shower.

Although customers are increasingly looking for ‘clean’ products, Miranda was ahead of the curve with a luxury line that has always been Ecocert certified organic. Still, she says, ‘It was scary to put in all that [money] I’ve worked so hard for. I used to work six days a week in two different countries a week before Flynn was born. Then I tried to pull back but I was still working like crazy, though now I do a lot from home. I want to be there for my kids and work around their schedule.’

That daily schedule is full on. ‘I have half an hour to myself from 5.30am while Evan’s getting ready. I use that time to do my meditation. Then the kids are up and it’s all go. When Flynnie is with me I like to drop him at school and pick him up.’ Often Hart will sit with Miranda as she works and she’ll send a Snapchat of him to his father, saying, ‘He’s learning.’ And ‘Flynn knows this is my company and I put my all into it; he understands the importance of work.’ She recently told him he’d better start saving now for a car as she won’t be buying him one because ‘my parents didn’t for me’. So he set up a homemade lemonade stall and earned $15. 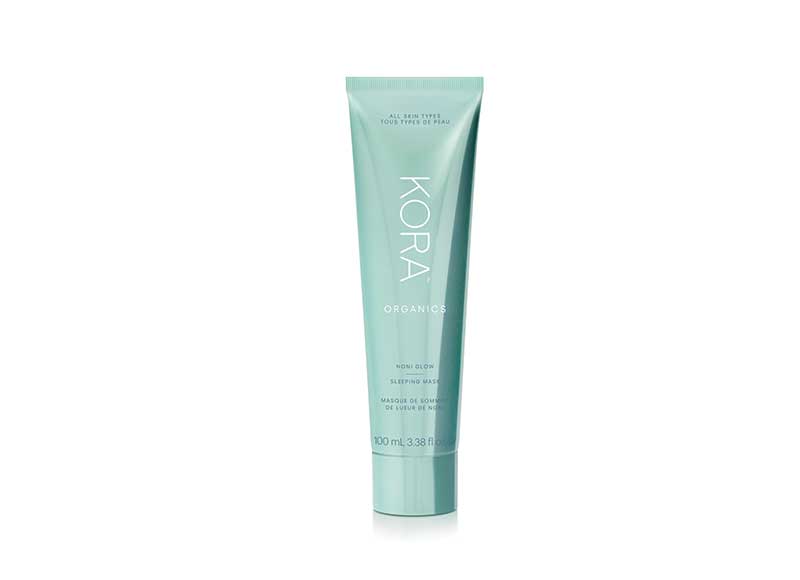 She may be a successful businesswoman and married to a billionaire, but there’s something very grounded about Miranda. I often breathe a sigh of relief when a celebrity interview ends, but as she gets up to leave I’m disappointed our conversation must wrap up. She may make good skincare, but I think she’d make an incredibly good friend, too.