Since tying the knot with Prince Harry back in May, Meghan Markle’s official royal schedule has become busier than ever – and as she’s also in the midst of her first pregnancy, it wouldn’t be surprising if the Duchess of Sussex was experiencing a little tiredness of late.

However, when she’s pictured at public engagements, Meghan looks just as fresh and flawless and ever – and it’s not necessarily because she’s getting plenty of sleep, but because she’s using a clever make-up technique that gives exactly that illusion. The good news? It’s an affordable trick that we can steal too.

Speaking to told FEMAIL, A-list make-up artist Francesca Abrahamovitch explained: ‘Meghan appears to be wearing a nude eyeliner in her lower waterline. I love this look and use it a lot on my clients, especially when they have super-early starts’.

‘It’s a really effective way of making your eyes appear bigger and brighter. It also hides any redness or tiredness making it look as though you’ve had a full eight hours sleep – even when the reality is very different.’

According to Francesca, the tip is simple enough for even the most novice beauty fans to master – all you need to do is trace a while or nude pencil along the area just above your lower lashes, and top off with a slick of mascara (Meghan has said in the past that she loves Maybelline’s £8.99 Lash Sensational Luscious Mascara, FYI) for the ultimate fluttery, wide-eyed finish. 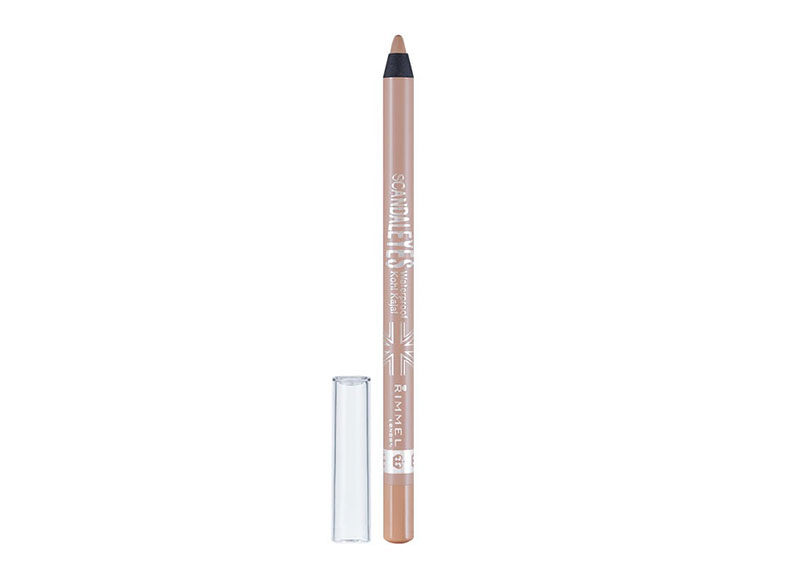 ‘If you still want smoulder, smudge your dark pencil below it,’ Francesca adds. ‘As long as you steer clear of that all-important waterline, you’ll maintain the eye-brightening illusion.’

Nude and white eye pencils start from under £5 if you turn to reliable brands like Rimmel and GOSH – so it is possible to look royally good on a budget. Now we just need Meghan’s enviable wardrobe at our disposal too, and we’ll be ready for anything…