The two have since been on a tour of official engagements down under, visiting the likes of Australia, New Zealand, Fiji and Tonga. But with all of that flying, on top of her pregnancy hormones, how is the Duchess of Sussex maintaining her flawless skin?

Nivea’s hero product, the Firming Body Moisturiser, has been a firm (pardon the pun) favourite of Meghan’s for years. In fact, she’s been using it since she was in her teens and once told BeautyBanter: ‘I use the Nivea Q10 Firming Body Moisturiser religiously …It’s honestly my favourite lotion on the market, it’s so affordable, and makes my skin look and feel amazing. I would buy a case of this at a time if I could find it!’ Though now that she is member of the royal family, we’re sure that’s been taken care of. 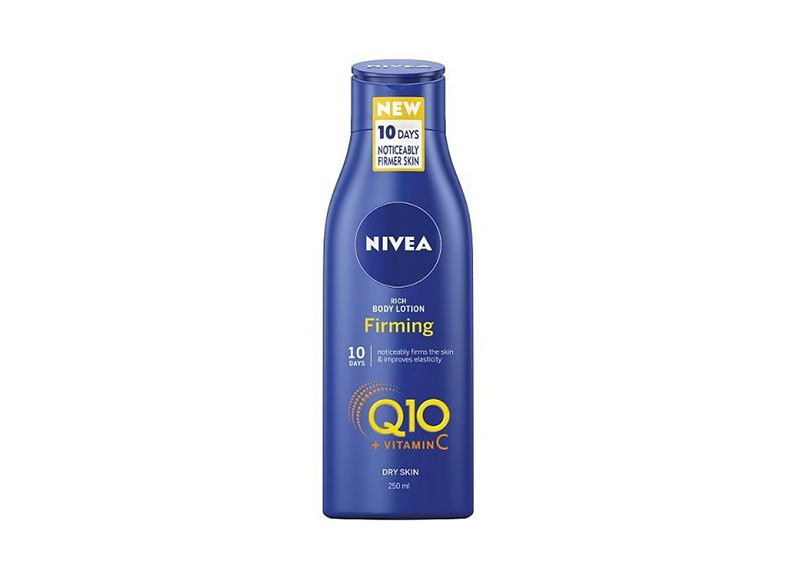 As she’s now expecting, Meghan will soon have to face the reality of the potential impact of stretch marks and pigmentation and since she’s an avid Nivea user already, perhaps she’ll be looking to Nivea Q10 Body Oil, Firming + Stretch Marks as her Q10 alternative in the run-up to her baby’s arrival.

The popular moisturiser is just £10.99 and can be used on both dry or wet skin. It’s powerful formula is free of vitamin A (making it suitable for use throughout pregnancy) and contains the skin’s own Coenzyme Q10, Avocado Oil, Cottonseed Oil and Macadamia Oil promising to firm the skin within two weeks as well as intensively hydrating and nourishing the skin. And hey, if the bargain brand is good enough for a duchess…