Move over, Cupid. Emma Winterschladen is a one-woman human Tinder, responsible for five amazing love stories – and she’s not done yet. 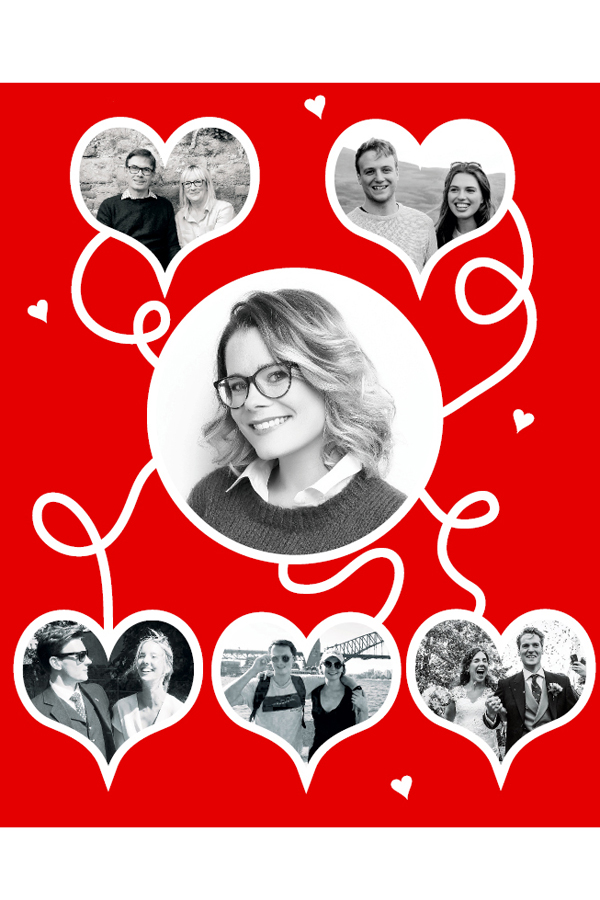 Ever since I read Jane Austen’s Emma as a 17-year-old A-level student, I’ve felt an affinity with the matchmaking heroine. Like her, I am by nature a bit of a meddler. I’m nosy, bossy and insatiably interested in other people’s lives. I’m also a sucker for a good love story. And just like Emma Woodhouse, I enjoy bringing two people together. But my success rate has far surpassed my literary inspiration: I have matched five couples, now all ‘long-termers’.

Although I’m a fan of online dating – having met my own partner, Tom, through the app Happn – I think it’s a shame that the rate of couples ‘meeting through friends’ has dropped to just 18 per cent, according to a YouGov survey.

Somewhere along the line, we’ve lost the community spirit of love. Seeking a romantic partner can be a lonely experience. Coupled-up friends leave you to it, offering a sympathetic ‘there’s someone out there for you’, while fellow singletons are too busy dealing with their own dating admin.

When I was single, I wanted nothing more than to tap into my friends’ networks. I felt the world was brimming with people I could fall in love with – but friends were reluctant to ‘get involved’ in my pursuit of love and preferred to keep their social circles separate.

What if we reimagined modern dating so it’s not a solo sport but one where you have a team behind you? We all have the power to connect friends, colleagues and acquaintances, and if we’re lucky, facilitate a real-life love story. Whether it’s putting in a good word or passing on phone numbers, it’s always worth the effort – and can be so rewarding.

I’ve seen the rewards, and nowhere more so than in my own dad’s love life. After my mum died age 45, when I was 16, Dad was left floundering in a sea of grief and loneliness. They’d been happily together for 27 years, married for 20, and Mum was the feisty fire to his laid-back chill. Not only had Dad been ‘out of the game’ for the best part of three decades, he had also been actively (and stubbornly) pursued by Mum, who wrote in her diary after their first meeting, ‘I am going to marry that man!’

I knew early on I’d have to bring that same headstrong energy to help Dad put himself back out there – when the time was right.

And that’s the thing: meaningful matchmaking should never be about manipulating or meddling, but simply about helping your friends (or Dad) shine brightly in front of the right person – then leaving them to it. Once you’ve made your match, it’s time to step back and let their story unfold exactly how it’s meant to…

The nudge in the right direction 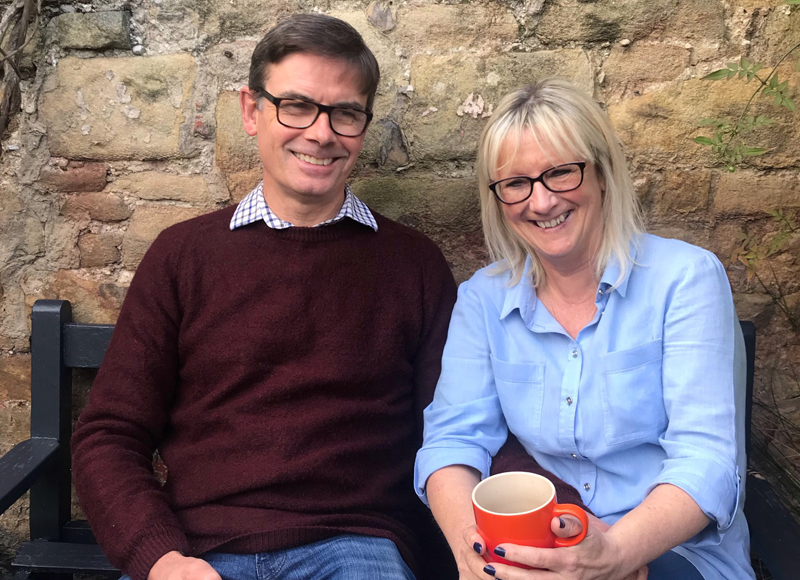 I didn’t expect to use my matchmaking skills on my own parents, but then Dad became a widower at 49. Even in the thick of my own grief, I deeply wanted him to find love again. Three years after Mum’s death he felt ready to dip his toe back into the dating world but didn’t know how, so over a pot of tea I set up an online profile for him, cheekily naming it ‘DateMyDad’. The funny factor helped us navigate a painful transition for Dad from an identity as a husband to widower to eligible single man. He eventually removed his wedding ring, and came around to the idea that his love for Mum could sit side-by-side a new love.

Just knowing that he had a team behind him (me and my brother), rooting for him through this new chapter, helped, he said, free him from the shame and guilt that can so often surround bereaved partners. It was a slow process with months of dead-end online exchanges (and lots of advice from me on how to write a first message). I gently checked in now and again, offering encouragement and reassurance, until he told me he’d been for a coffee with a lovely lady called Helen who he met online. What followed was a slow burning love (Dad doesn’t like to rush things) and a relationship built on mutual respect and compassion for each other’s battle-wounded hearts. Almost a decade on, he and Helen are still a couple, and my brother Jack and I have a new friend.

Robin says: ‘I can’t say I was on board with the username Emma set me up with, but it was the nudge I needed to put myself out there. I feel very lucky to have a daughter who was so willing to accept (not to mention help me find!) another partner after Jenny died. It’s not a role any daughter wants to take on but Ems knew even before I did that there can be love after love – and both of them can matter.’ 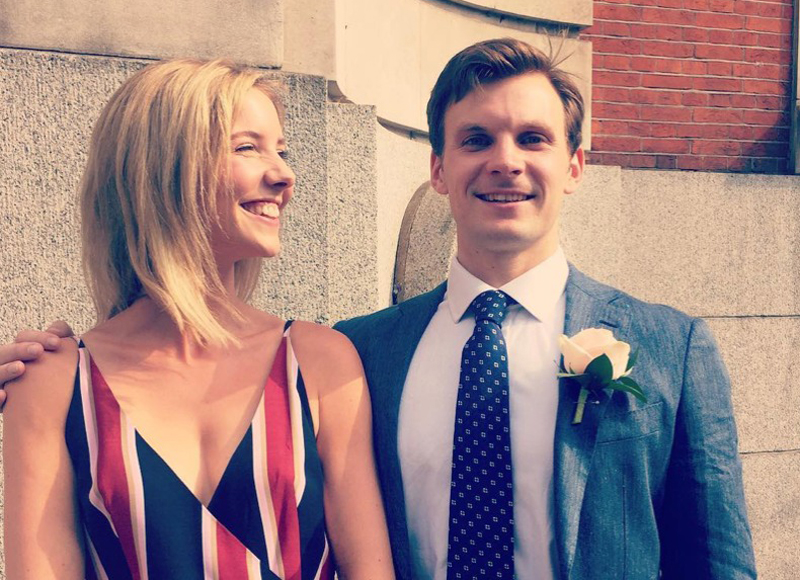 Helen was recovering from a two-year pseudo-relationship with a man who’d just come out as gay, so I made her download Tinder. Taking control, I scrolled through profiles on the app and spotted my friend Duncan. I swiped right and a three-hour conversation between ‘Helen’ and Duncan followed. Except Duncan didn’t realise he was really chatting with me. Rapport established, I left Helen to it. A month later they were messaging daily, but hadn’t met in real life. So I threw a drinks party, invited them both and, six years later, they’re still together.

Helen says: ‘if it wasn’t for Emma downloading Tinder for me, i would still be pursuing a gay man. And if she hadn’t thrown that drinks party, Duncan and I would still be deciding whether to meet.’ 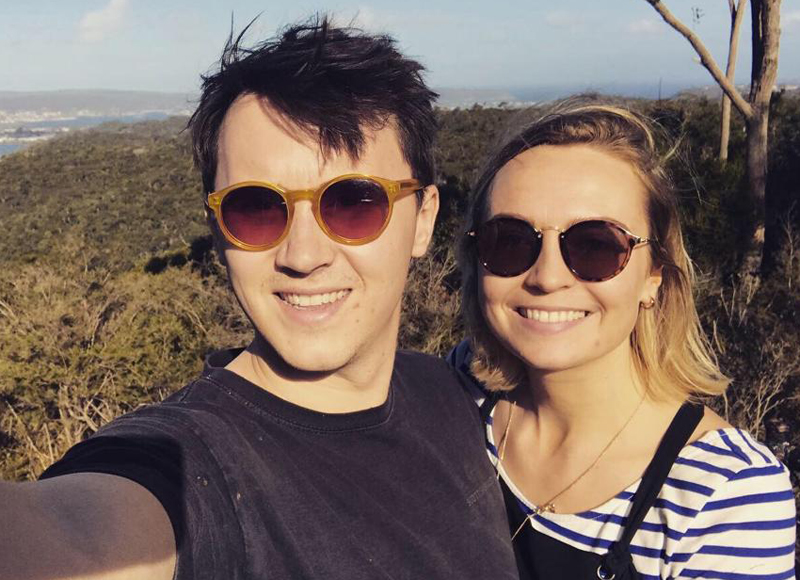 ‘When are you going to get me a girlfriend?’ my friend Iain asked me on WhatsApp one Sunday afternoon. Before I could reply, a message popped up from my friend Sophie: ‘I am so FED UP with boys!’ And just like that, the lightbulb flashed. I scoured Facebook for their best photos and messaged them both with a simple ‘What do you think?’ Two yeses pinged back and they exchanged numbers. Three years on, they’ve relocated to Sydney together.

Iain says: ‘When Emma put me and Sophie in touch, I never thought it would be my last first date. Emma is the most unashamed, joyful celebrator of our relationship – it’s lovely.’

Guy was the flatmate of my then fling Harry. I knew Guy liked my friend Milla and vice versa. They’d quietly clocked each other, but nothing had happened for months. That’s where I came in. ‘What do you think of Guy?’ I asked Milla innocently. ‘What? Why?!’ she squealed, caught off-guard. But I’d planted the seed…

Soon after, we threw a house party and Guy spent all evening near Milla, convincing her of his affections. A first date soon followed and, before we knew it, we became a comfortable foursome going on double dates together. Harry and I didn’t last – ultimately we weren’t a match – but I like to think our relationship paved the way for a more successful one: this summer we reunited to celebrate Milla and Guy’s wedding.

Milla: ‘Emma set the wheels in motion and gave us both the confidence to go for it. She was our number-one fan throughout it all.’ 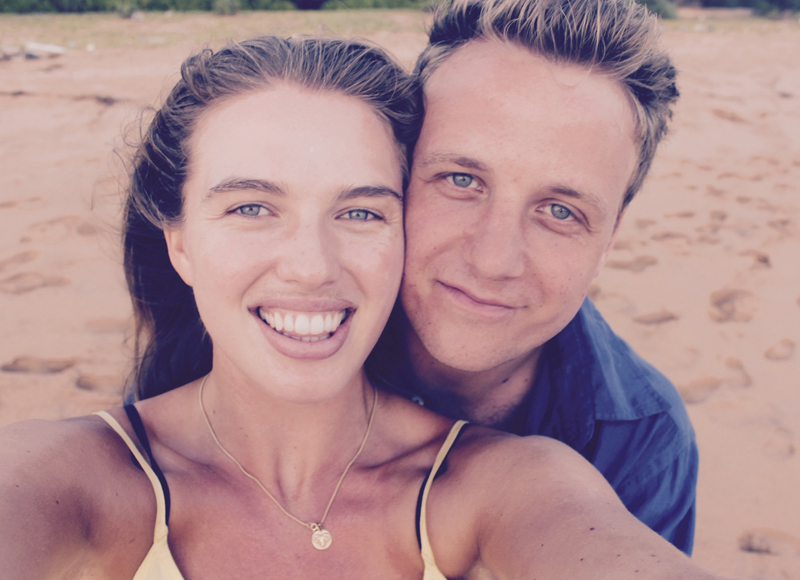 ‘He’s so handsome!’ Phoebe whispered as we loitered at a party of a friend-of-a-friend. ‘Who? Alex? Shall I introduce you?’ ‘Don’t you dare – it’s too embarrassing.’ I engineered a moment with Alex. ‘Have you met Phoebe?’ I said, pointing her out. ‘She’s beautiful!’

‘Shall I introduce you?’

‘No! She’s not going to look twice at me.’ In the face of their crippling lack of confidence, I hunted down my own crush and we plotted an after-party back at his. At 4am, walking the streets of London with us, Phoebe and Alex had their first conversation – just a few streets from where they live together four years later.

Phoebe says: ‘Emma set up the situation perfectly so that we were able to get to know each other organically on our own terms.’

Jane Austen’s Emma causes havoc with her matchmaking. But you can do it without upsetting anyone…