If you’re one of the hundreds of thousands that have read it and loved it, you’ll be pleased to hear that Matt Haig’s bestselling memoir Reasons to Stay Alive is being adapted for television.

Haig confirmed the news by sharing a link to a news story from The Bookseller reporting that Two Brothers Pictures – the same production team behind Phoebe Waller-Bridge’s hit BBC dark comedy Fleabag – were developing a show based on the book, which has published in 2015 to global acclaim.

The story is described as ‘part memoir, part manual’ and follows Haig’s journey with depression, which began when he was 24 and a ‘partier’ in Ibiza.

Reasons to Stay Alive approaches the subject of mental health in an accessible, warm and welcoming way, listing advice for topics like ‘things you think during your first panic attack’ and ‘things people say to depressives that they don’t say in other life-threatening situations’.

Since its publication, it has sold hundreds of thousands of copies and received praise from a number of famous faces; after reading the book, Stephen Fry called it ‘astounding’, while Joanna Lumley said: ‘For anyone who has faced the black dog, or felt despair, this marvellous book is a real comfort, dealing sympathetically with depression, written with candour and from first-hand experience. I think it is a small masterpiece. It might even save lives.’

The television adaptation of Reasons to Stay Alive will be made for UKTV, who revealed to Deadline that the project was happening, but was still in its ‘very early stages’. 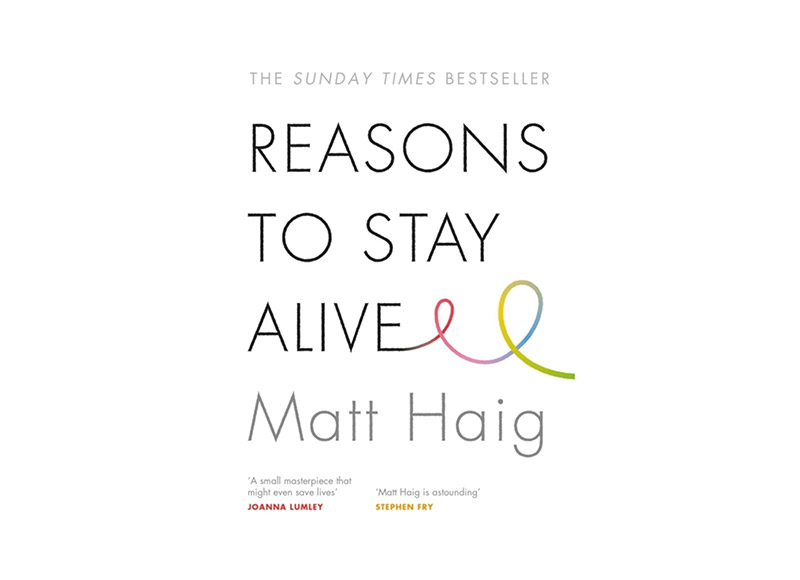 Speaking to The Telegraph previously, Haig explained of his motivation for writing the book: ‘It can be difficult for people to talk about [depression], because there still is that stigma around mental illness.

‘But I would encourage people to do that, because they’ll be surprised once they do “come out” how many other people have had similar experiences.’