It’s an image that’s become an integral part of British history: Prince William and his bride-to-be Kate Middleton, smiling proudly as they announced their engagement back in October 2010.

Almost as iconic as the sapphire ring on her finger was the coordinating Issa wrap dress that Kate wore for the photocall, which instantly sold out when the images emerged, and has consistently been replicated and reinvented ever since.

Speaking to YOU magazine in 2017, founder Daniella Helayel described the impact that Kate generated by wearing the garment: ‘Issa was a niche brand, we had a loyal following but in 2008 and 2009 we were in serious financial trouble,’ she explained. ‘When Kate wore that dress everything changed.’

It’s no surprise that the outfit was popular; the flattering cut, graceful weight of the fabric and elegant blue hue made the dress an instant classic that would work in any wardrobe. In fact, it proved so successful that Issa struggled to keep up with demand, eventually going into administration.

But now the brand, within the stable of House of Fraser, is back, and so is the beloved Kate dress – in a range of new equally complimentary shades. Later this month, the dress will be available in a vibrant yellow or a warm orange tone – just in time for the summer wedding season. 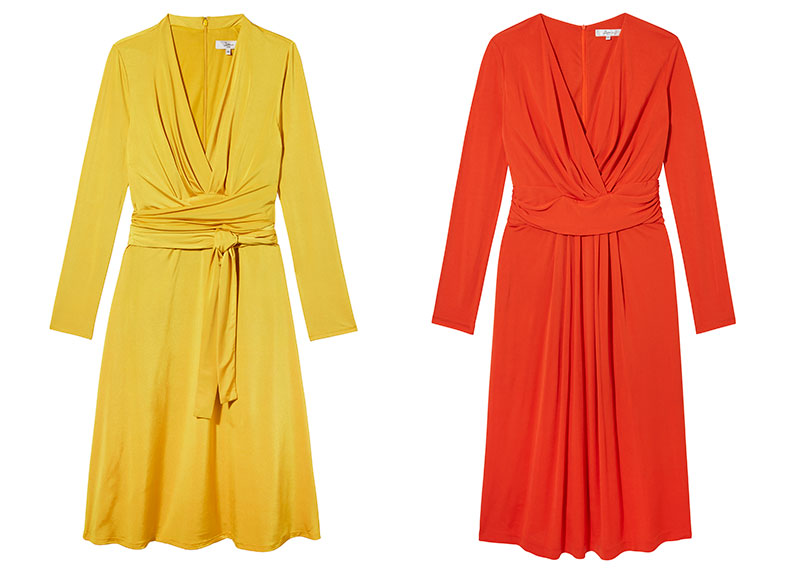 The Issa ‘Kate’ dress retails at £99, which by our standards, is a relatively small price to pay to follow in some impressive royal footsteps. Plus, as it’s an eternally wearable shape, it will make a worthy investment that you can dress up or down for years to come.

And if you just can’t wait until the brights come into stock? You can already buy it in emerald green or black, and in a range of colourful prints on the House of Fraser website.