As always, Kate Middleton was amongst the best dressed guests at Wimbledon 2019. The Duchess of Cambridge made attended multiple games at the tennis tournament this year, attending with her sister-in-law Meghan, sister Pippa and husband William on various occasions, looking chicer and chicer with every appearance.

For the grand final, which took place on Sunday, she chose a baby blue Emilia Wickstead midi dress with cap sleeves and a flared skirt, teamed with a pair of classic neutral heels.

The choice of footwear is no surprise, as Kate has been a devotee of nude pumps for years, but what is surprising is the fact that this particular pair weren’t designer. In fact, they’re much more affordable than you might expect.

The royal watchers at HELLO! magazine have spotted that the shoes are from none other than high-street retailer Aldo, and are priced at a very reasonable £64.99.

But before you get too excited, the Kate effect appears to have already struck, as they’re completely sold out on Aldo’s own website, and there’s only a handful of sizes remaining on fashion site Zalando. Still, if you’re quick enough, you might be able to check out before they’re gone completely.

In addition to Kate’s ‘bone’ colourway, the pointed block-heeled style also comes in black, camel, light brown and navy – we wonder if the duchess has any more shades stashed in her wardrobe.

Wimbledon is always one of the highlights on the royal summer calendar, particularly for William and Kate, who are reportedly keen tennis players themselves.

Kate revealed at the event that her children are already following in their parents’ athletic footsteps, revealing earlier this week that her eldest son Prince George has already had a tennis lesson from Roger Federer himself. 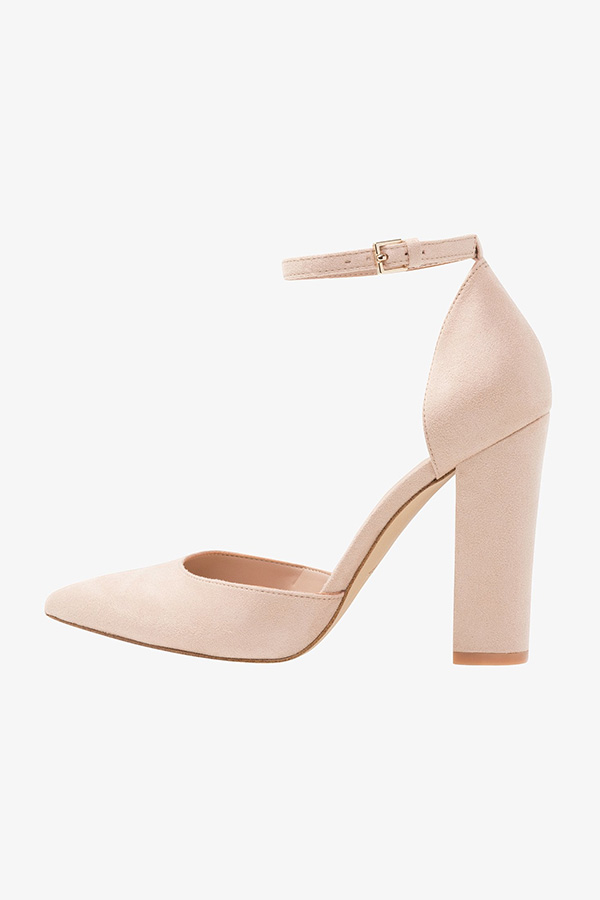 ‘At that stage it’s all about touching the ball, it’s the same with my boys,’ Federer told the Daily Star of the young prince’s progress.

As for whether he’s George’s favourite player? ‘I think I have a little advantage that I actually spent some time with him. So maybe I’m the only player he’s ever met.’

‘He’s a cute boy. I love to see they’re into tennis or into sport,’ the star added. ‘His mum has always enjoyed tennis. I hope he’ll stay the same in a few years’ time and this is not just an in-the-moment situation.’