The top in question is a ruched front, puff-shouldered number with elasticated cuffs to give an on-trend balloon effect. It comes in a choice of two colours, black or light beige, but it’s the black that’s really been taking the internet by storm.

It might look simple on the hanger, but as you can see from its social media styling, it’s a versatile piece that works just as well with your go-to denim as it does with a high-waisted midi skirt. In fact, H&M actually sells a coordinating smocked skirt in the same two colours, which you could either mix and match or colour block head-to-toe.

But even on its own, the £34.99 top can elevate an everyday look into something a little more extraordinary. We’ll be teaming ours with tailored trousers, a blazer and a great pair of block heels for the office, and adding it to jeans and statement earrings for weekend drinks with friends. 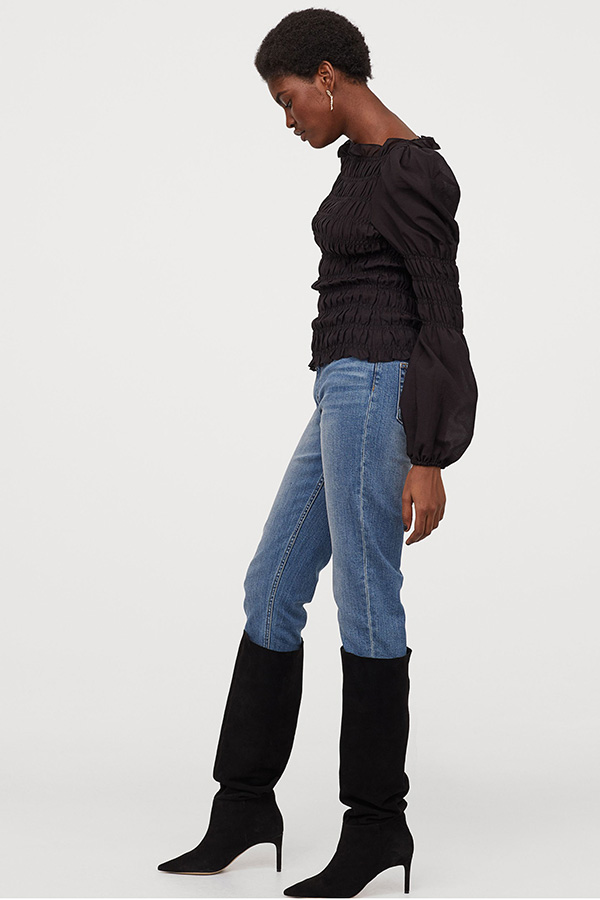 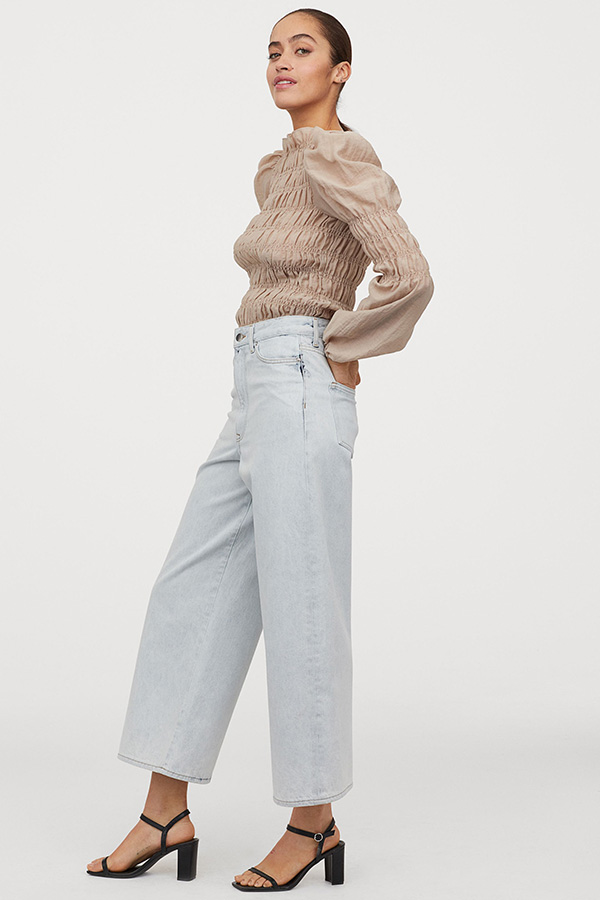 However, before you get too excited, we must warn you that stocks online are already looking dangerously low, with only an XL remaining in each colourway at the time of writing. All is not totally lost, as H&M often restocks its most popular pieces, but you may want to head into your local store and try your luck there instead.

And while we’re on the subject of H&M, don’t forget to mark your calendar for the upcoming Johanna Ortiz collaboration which lands on 12 March. At the opposite end of the spectrum, it’s a riot of prints and patterns that’ll have you ready for summer in no time, with prices starting from just £14.99.