With the UK experiencing its best summer climate in history, it’s no surprise that we’re all after a nice tan to show off – but as many of us know, not everyone can catch a naturally bronzed glow, regardless of the weather.

That’s why we praise the gods who invented self tanning products – and in particular, Garnier Summer Body’s gradual tanner, which appears to have become something of a lifesaver for women around the UK.

Beauty website Byrdie reports that searches for the product had risen by a whopping 200%, with many of those who’ve already purchased the bottle leaving rave reviews praising its easy application and hydrating properties.

For those who are familiar with the product, it’s not hard to see the appeal. Unlike your usual fake tan, Garnier’s Summer Body is mixed into an apricot oil-infused lotion, which not only makes its easy to apply (it feels just like an ordinary body cream) but provides additional moisture for the skin. 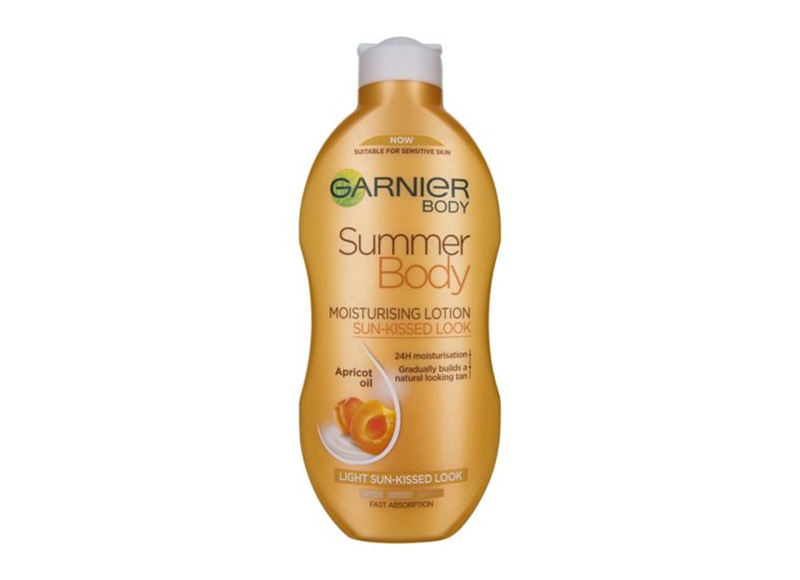 And if you’re worried about it turning orange or giving you streaks – don’t. According to expert reviews, the product’s low level of tanning agent means that it’s much harder to get it wrong. Instead, it provides a subtle glow that is enough to bronze you up while appearing seamless and natural. And if you’re really concerned about an even application?Beauty bloggers and writers alike suggest using a make-up sponge to blend in the lotion and let it develop.

As for the smell, that’s another thing that gets a big tick from most purchasers – Summer Body has a lovely light, fruity scent thanks to its apricot elements, rather than the usual biscuity notes. And if that wasn’t enough, you can get it for the bargain price of just £2.74 for a 250ml bottle at Boots as it’s currently on sale, or £9.99 for the bumper-sized 400ml bottle.

We’ll see you at the till.