Forest bathing the latest wellness trend – bottled. This uplifting new essential oil blend is the next best thing to a walk in the woods.

No need to come and tiptoe through the tulips with me (though I’ll happily sing the ditty with you – and, by all means, it can be amid some actual bloemen). You’d be better off going for a stroll in the grasses of a woodland’s ferny floor. And, if possible, indulging in a spot of forest bathing – in case you don’t know, this is one of the biggest spa trends of the year (though it’s traditional in Japan). Head to the great outdoors and properly connect with it.

But it goes further. Say hello to ecotherapy, which is not just about a walk in the woods but a space where all your senses, including smell, connect and ground you to the present moment. And it’s that smell bit that we’re concerned with here because Aromatherapy Associates has just launched Forest Therapy – its first new blend in seven years (other than City Serenity, which is exclusive to Harrods). It comes as a Bath and Shower Oil (£49, aromatherapyassociates.com) and also as an on-the-go Wellness Mist (£18).

What has this to do with going for a walk in splendid greenery? Well, much more than you might imagine. According to Dr Qing Li, a professor at Nippon Medical School in Tokyo, trees and plants emit aromatic compounds called phytoncides, which, when inhaled, can boost healthy biological changes – similar to aromatherapy. And, says Luke Taylor, master blender at Aromatherapy Associates, ‘smell is the most evocative and primitive of our senses’, which means an aromatherapy oil can have ‘a dynamic effect on our emotional state’. So, no, it can’t physically teleport you to the countryside – but it can help you to feel as though you’re there.

And how we’re feeling is becoming more and more important: according to the World Health Organization, depression is the leading cause of ill health and disability worldwide. So Aromatherapy Associates is partnering with mental health charity Mind to make a minimum £25,000 donation from the sale of its Forest Therapy Bath and Shower Oil (the charity can also help you to find an ecotherapy programme in your area).

As for the blend itself, I had expected it to be very ferny. It’s actually a mix of cypress essential oil (antibacterial and antimicrobial), juniper berry from Macedonia (uplifting) and Mediterranean cypress (calming) – and does feel like a breath of fresh air. A Forest Therapy Treatment (from £150, galgorm.com) is available exclusively at the Galgorm Spa & Golf Resort in Northern Ireland.

Fresh from the new queen of clean

Emily Parr is a New York based PR powerhouse who has helped to launch many a ‘clean’ beauty brand. You should also know that she washes her face three times a day (four at weekends). When she wakes up, to expunge ‘sleep sweat’, after her morning workout and then, of course, there’s the double cleanse before bed. So it’s little wonder that when she decided to launch her own skincare line, with business partner Majeed Hemmat, it all started with cleansers.

Enter Holifrog. I hadn’t expected to be so bowled over by it, but I really have been. For now it consists of four differently textured cleansers: Kissimmee Vitamin F Therapy Balm Wash (£38), Superior Omega Nutritive Gel Wash (£33), Tashmoo Water Lily Nourishing Milky Wash (£35) and the one that really started it all, the Shasta AHA Refining Acid Wash (£35).

The formulas are ‘dense in nutrients rather than surfactants’ – the chemicals that get a product to lather and emulsify. Emily has nothing against them but thinks they are used in too high quantities and that we’ve all been brainwashed into thinking that if something isn’t super foaming, it isn’t working. Use fewer of them and there’s more space for beneficial ingredients such as vitamins. Holifrog does contain some surfactants, of course, but only between three and eight per cent.

Emily wanted to make something that doesn’t just clean but also delivers benefits to your skin. So this range is full of antioxidants to protect against free radicals and pollution; vitamins A, B, C, E, F and K to help nourish and boost skin function and more.

As for other ingredients, don’t even get her started on ethylhexyl palmitate, which is common in many balms. ‘People think they’re buying an oil cleanser but it isn’t even an oil,’ says Emily. She has similar feelings on high levels of water and glycerine – fillers not fixers. She is ‘very nitpicky when it comes to formulas’, so this line is free from parabens, polyethylene glycols (PEGs), phthalates, silicones, palm oil, and much more. It is also the bee’s knees.

Available from net-a-porter.com from Tuesday. 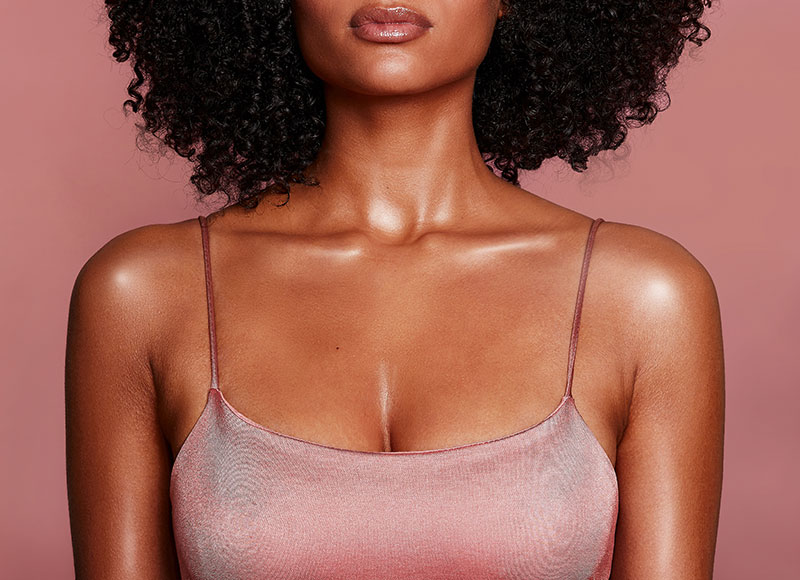 The Patrick Ta Major Glow collection of shimmering products that’s been a smash hit in the US has arrived here. The Major Glow Body Oil (£48, cultbeauty.co.uk) is the business – grab it now for your Christmas presents! 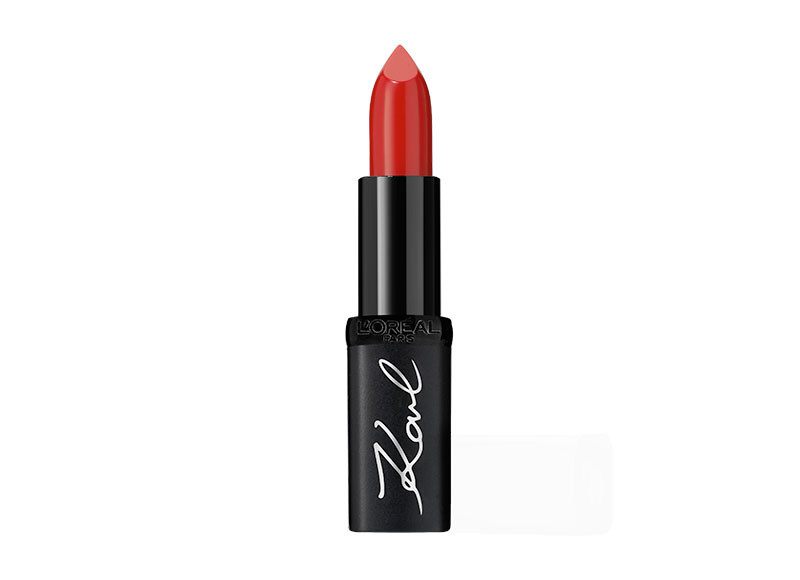 Karl Lagerfeld left us with one last beauty collaboration. His range with L’Oréal Paris is out now and consists of six lipsticks, two liquid liners, an eyeshadow palette, mascara and a powder highlighter. All shades were chosen by the Kaiser and come in chic black and white packaging. From £8.99, asos.com from 27 September.