A new two-part series of Strictly The Real Full Monty aired this week, with professional choreographer Ashley Banjo training celebrities to perform a ‘full monty’, inspired by the 1997 film of the same name. 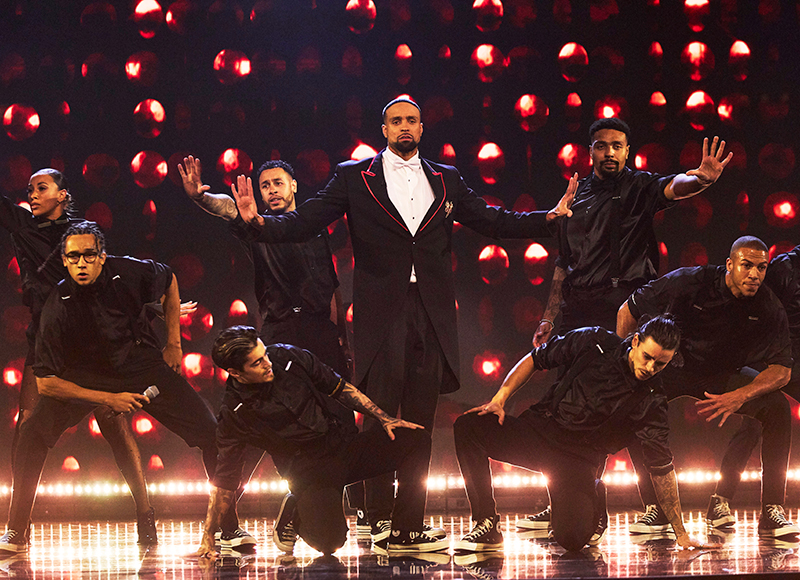 The ITV show isn’t all skimpy thongs and stripteases though: it comes with a serious mission, aiming to raise awareness of cancer and educate viewers about how and when to get checked.

Strictly Come Dancing couple Ola and James Jordan will also be taking part, having lost James’ father to cancer earlier this year. Duncan James – who viewers will recognise from Channel 4 soap Hollyoaks and his early career in boy band Blue – used his appearance on the show to honour his friend and Girls Aloud singer Sarah Harding, who tragically passed away from breast cancer in September aged 39.

“A lot of my friends from the music industry have suffered with breast cancer, and one of those friends, Sarah Harding, sadly lost her battle this year,” he said on the show last night. “Sarah was always such a bubbly girl, full of life, full of fun, biggest smile, and to hear the news that she’d lost the battle – it was just heartbreaking.” He went on to say that if by speaking out and taking part in the show he would raise awareness for one person, it would be worth the personal challenge of stripping on national television.

Many of the celebrities shared moving stories of friends and family that have suffered from cancer, and Demi Jones told viewers how her ongoing experience of thyroid cancer had been like “a bomb going off” in her life, inspiring her to take part in Strictly The Full Monty.

In August 2020, Sarah Harding revealed that she had been diagnosed with breast cancer, to an outpouring of support from fans and members of Girls Aloud, and in her book Hear Me Out – released in March 2021 – she opened up about the symptoms she had initially dismissed and the misconceptions she had about cancer that had led her to delay getting checked. She’d read that cancer often doesn’t cause pain, but had been experiencing agony: “At first I thought it was just a cyst. I’d been playing my guitar a lot, and I thought the strap had probably irritated an area around my breast.” On Instagram, she told her followers that she’d been receiving chemotherapy, and last night Duncan explained that due to Covid-19 she had been reluctant to see anyone after her diagnosis.

Strictly The Full Monty aims to raise awareness and encourage viewers to get any irregularities checked as soon as they can: talking about cancer and understanding it are the first steps in helping people through it.

The second episode of Strictly The Full Monty airs December 14th on ITV at 9pm.