Q: I recently had an ultrasound scan of my urinary tract and was told I have an ovarian cyst. My GP doesn’t seem too concerned as it is small but has arranged a follow-up scan and blood test. Should I be concerned?

As ultrasound and CT scans become increasingly available, more women are being diagnosed with ovarian cysts – fluid-filled sacs found on or in the ovaries. These are often discovered incidentally as part of another investigation – such as looking at the urinary tract, as in your case. Understandably, this has caused you some anxiety about the possibility of ovarian cancer, however unlikely that may be.

In your letter you say you are postmenopausal, which means your ovaries – formerly the size of a walnut – will gradually shrink and dramatically reduce production of female hormones. Even so, they can still prompt small cysts to occur. These are common – estimated to be present in up to 17 per cent of postmenopausal women – but are usually only considered significant if they are 1cm or more in size. Most will be simple cysts and, even up to 10cm, can be managed by ‘watchful waiting’, which necessitates monitoring with an ultrasound scan every 6-12 weeks. In most cases, they will settle or disappear within a few months without need for treatment.

However, though most cysts are benign, ovarian cancer is more common in postmenopausal women. This is why you are having a CA125 blood test, which is named after cancer antigen 125 – a protein that can indicate the presence of ovarian cancer cells. Raised levels make a cancer diagnosis more likely but not definite. Your doctor will ask about family history of breast or ovarian cancer, as this can also indicate increased risk.

Evidence shows that, at age 50, the chance of an ovarian cyst being malignant is 0.3 per cent. Diagnosing ovarian cancer can be difficult, as often there are few identifiable symptoms until later on. The most common are pelvic pain and a sense of pressure, which might include a distended lower abdomen or even sudden pain if the cyst gets most simple cysts disappear without the need for treatment twisted, bursts or bleeds. Some women lose appetite or experience unexplained weight loss, fatigue and changes in bowel habits. The pressure can also cause low back pain, increased need to pass urine or pain during sex. However, such symptoms are more commonly associated with other conditions, so it’s most likely that they are not due to ovarian cancer.

From what you’ve told me, it sounds as though you don’t need to be worried. However, if the size and structure of the cyst is of concern in the follow-up scan or if CA125 blood levels are raised, just to be safe, the next step is to be referred to a gynaecologist for further investigation under the two-week rule (the maximum waiting time for a referral for suspected cancer) to exclude ovarian cancer. This will include a CT scan and possibly a biopsy. In the unlikely event that it turns out to be ovarian cancer, the outcome is likely to be excellent as it would have been picked up so early. 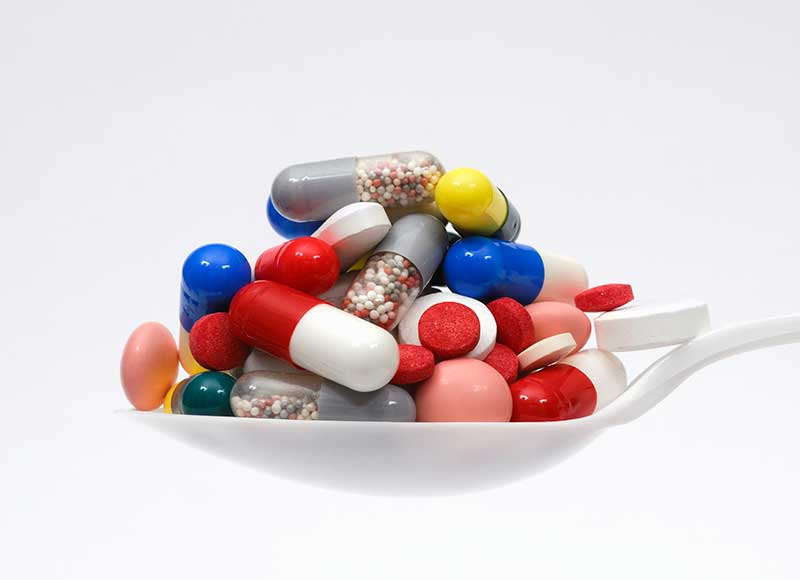 If you’re unwell with vomiting, diarrhoea, high fever or sweats and shaking (unless only minor), taking the following types of medication can be dangerous:

This is because these medicines can cause further dehydration and/or impair kidney function in patients already dehydrated from an illness. Current NHS advice is that you may need to stop taking these and restart when you are well again – usually 24-48 hours after getting back to eating and drinking normally. DO NOT catch up with any missed doses.

Your doctor may identify these medicines and give you an information card to carry. If in doubt, seek medical advice.

If you have a question you would like answered, email drclarebailey@you.co.uk.