Hot flushes, irritability, memory loss, sleep disruption, mood changes, dry vagina, loss of libido, joint and muscle pains… the menopause isn’t a barrel of laughs for many women, about 25 per cent of whom have severe symptoms that can persist for years.

So when hormone replacement therapy (HRT) came along to combat these symptoms, it was a godsend. But then followed the health scares about increased risk of breast cancer, stroke and heart disease, and GPs pretty much stopped prescribing it.

However, according to GP and menopause specialist Dr Louise Newson, who wrote a recent report for the Royal College of General Practitioners, it’s increasingly clear that many of the ‘scares’ were largely unfounded. As she points out, ‘Much of the negative publicity surrounding HRT stems from the misinterpretation of the findings in the Women’s Health Initiative study, published more than a decade ago. Many women and healthcare professionals are still unnecessarily concerned about the perceived risks of HRT, resulting in a significant proportion of patients being refused it and inappropriately offered antidepressants.’

The replacement hormones have since been developed and refined, producing a wide range of options: oestrogens, with or without progestogens, and even the male sex hormone testosterone is getting a look-in (though not available routinely on the NHS). They can also be taken in different forms: as tablets, skin patches, creams or gels – no wonder it all becomes a bit confusing.

So which one should you take?

In combined HRT, progestogen is added to the oestrogen to protect you from womb cancer. Those who have had a hysterectomy to remove their womb need oestrogen-only HRT.

To combat hot flushes, giving oestrogen transdermally – as gels and skin patches – is often better than tablets, and unlike oestrogen tablets, is also suitable for the obese and those with increased risk of thrombosis, diabetes or liver disease. What’s more, transdermal oestrogen doesn’t seem to increase the risk of stroke.

Combining progestogens with oestrogen can raise blood pressure, increase the risk of thrombosis, cardiovascular disease and breast cancer. However, the newer micronised progesterone tablets, such as Utrogestan, have fewer side effects and have shown no increased risk of breast cancer for the first five years of taking it. And after that the risk remains low. Alternatively, the progestogen-releasing intrauterine system (coil) is a good option, though it’s unclear if there is an increased risk of breast cancer.

If you are taking combined HRT and are over 51, it’s important to attend breast screening appointments as there can be a small increased risk of breast cancer, although this drops back to normal within five years of stopping.

For local symptoms vaginal creams, rings and pessaries at a low dose can be effective, without the need for progesterone.

For many women, risks of HRT are usually outweighed by the benefits. Discuss your needs and options with your doctor.

For more information, go to menopausedoctor.co.uk

Is the aluminium in your deodorant safe? 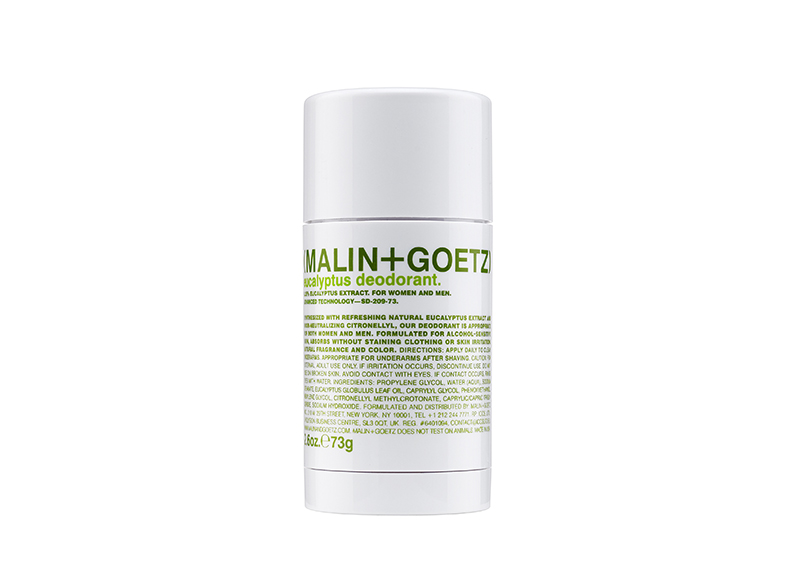 It has previously been suspected that aluminium might be absorbed into the body and have a link to cancer and Alzheimer’s disease – although no direct link has yet been found.

While the EU’s Scientific Committee on Consumer Safety concluded that there was no evidence that aluminium in the levels reached with cosmetic use increased the risk of cancer, a recent small study measuring its concentration in breast tissue has suggested that frequent use of deodorants containing the metal can lead to an accumulation. So if you apply them more than once a day from a young age, you may be more susceptible to breast cancer.

Aluminium may also show up on an X-ray at your breast screening, making it difficult to read, so try to avoid it for a few days beforehand. Or you can opt for an aluminium-free option such as Malin + Goetz Eucalyptus Deodorant (£19, spacenk.com).

A third of women hide period troubles from their partner

Why giving your children some freedom is good for their wellbeing...

10 women share the secrets they’ve never been able to tell...

Rosie Green: ‘I was prepared to sacrifice anything to save my...

Caroline West-Meads: ‘Why do I fail at everything I do?’

Caroline West-Meads: ‘Should she still be in touch with her ex?’

Caroline West-Meads: ‘My stepdaughter has cut me off’