With social distancing in full force and instructions to stay indoors as much as possible for the foreseeable, there’s not much of a chance of getting a natural tan right now, but don’t let that deter you. Fake tan fans across the country have discovered a hidden gem of a product that’s keeping them bronzed all year round. When they can get their hands on it, that is.

A fake tan from Insta-famous beauty brand Coco & Eve, aptly named the Sunny Honey Bali Bronzing Foam, has proved so popular that it’s sold out four times in a row since its launch last August, and this time around a whopping 30,000 eager customers have joined the waiting list for the next batch. Talk about supply and demand.

The foaming formula, which costs £29.50 per bottle, prides itself on being vegan, and only using 100 per cent natural DHA (the chemical that develops the colour in most tans). It’s fast-drying, develops in two hours and comes in a tropical mango and guava scent – a much nicer alternative to the usual ‘bottom of the biscuit barrel’ vibe.

But what really sets it apart from other similar offerings on the shelves is that it was developed with a green-grey base, which means it’s got a great golden hue without even a hint of the dreaded orange.

There are three shades to choose from – medium, dark and ultra dark – and all of them have racked up rave reviews from those who’ve already given it a go. ‘This is the best fake tan I have ever worn,’ says one reviewer on the company’s website. ‘I’ve tried all the popular ones but this is a cut above the rest. No orange tone and it wears away slowly and evenly.’

‘Keeps my skin hydrated, smells amazing, and lasts longer than any other self tanner I’ve ever used. I’m obsessed!’ exclaims another – and the before-and-afters the accompany their comments are certainly convincing. 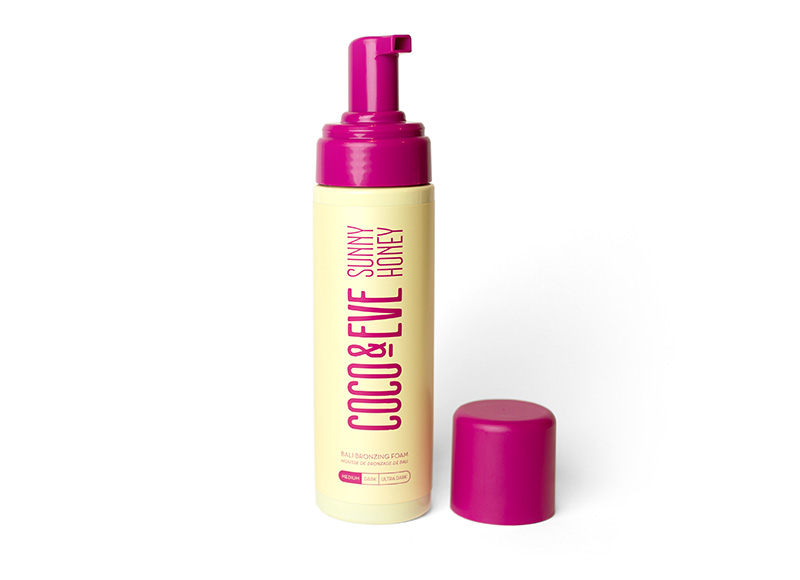 If you want to treat yourself to a pick-me-up and get your glow on too, now’s a good time to do it, as you’ll get an extra bonus in your delivery.

Coco & Eve is currently running a promotional code that enables you to get a free travel-size tube of its cult coconut hair mask (a product said to work absolute miracles for girls with curls), plus a microfibre hair wrap with any purchase – simply enter the code BUNNY at the checkout.