While our number one reason for tuning into Strictly might be the incredible dancing, the chance to gawp at Claudia and Tess’s amazing outfits comes in a close second.

Claudia Winkleman in particular is known for wearing high street pieces on the show, so imagine the speed with which we took to Google to try and find THESE boots after she wore them on Sunday night’s results show.

Truly, the footwear of dreams.

It turns out we weren’t the only ones either – Claudia’s Instagram page was awash with fans desperate to find out where the black crystal knee-high boots were from. “OM-actual-G…those boots are insane” commented one, while another said “Those boots…I did not take my eyes off them for the whole programme”. 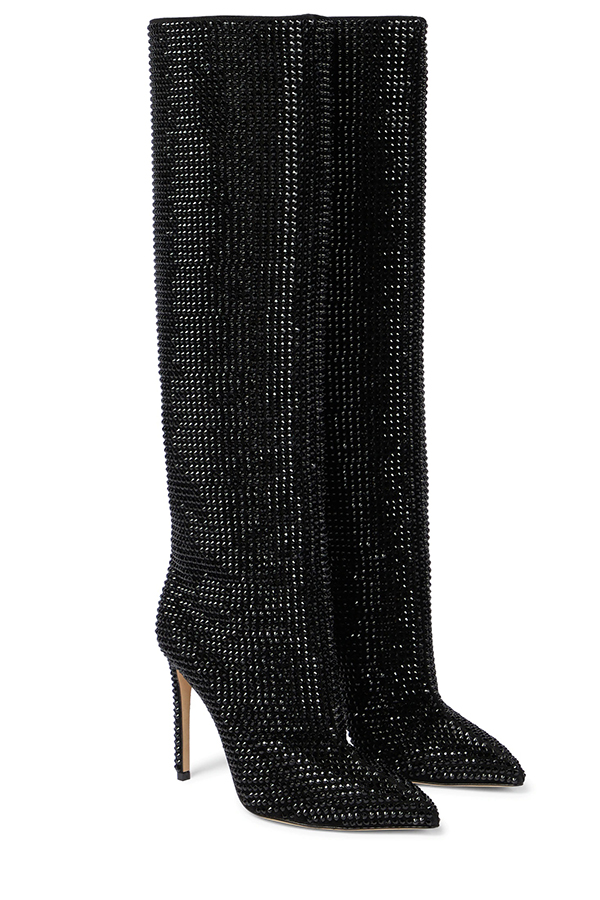 Sadly for us, the boots – from footwear designer Paris Texas – cost over £1,100, which hasn’t stopped them from being sold out in multiple sizes from MyTheresa.com (they’re also available in silver, blue and green if you’re interested).

Obviously, the designer price tag puts them out of the reach of the vast majority of people, but we’ve found some high street boots that can offer you that sparkly fix at a fraction of the price. 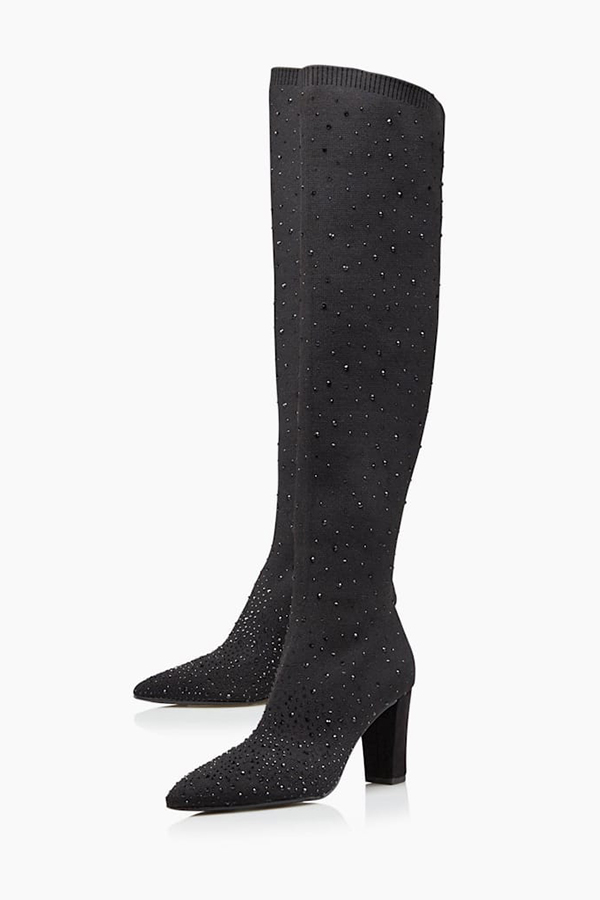 First up, there’s these Dune over-the-knee, crystal-embellished boots, which have the same pointed toe as Claudia’s boots, with a chunkier (slightly less terrifying) heel. They’re currently reduced from £160 to £109. 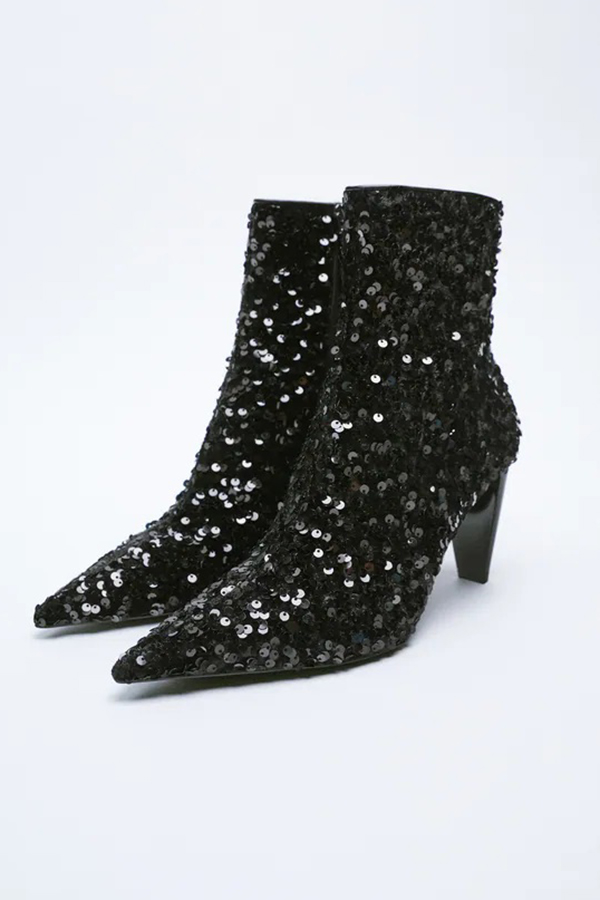 We’re also huge fans of these black sequin boots from Zara, which offer the same full-on glitz as Claudia’s Paris Texas pair, but in an ankle boot form. These would look wonderful teamed with a velvet midi skirt or simple black jeans, plus at £69.99 they are over a thousand pounds cheaper than Claudia’s wondrous boots. 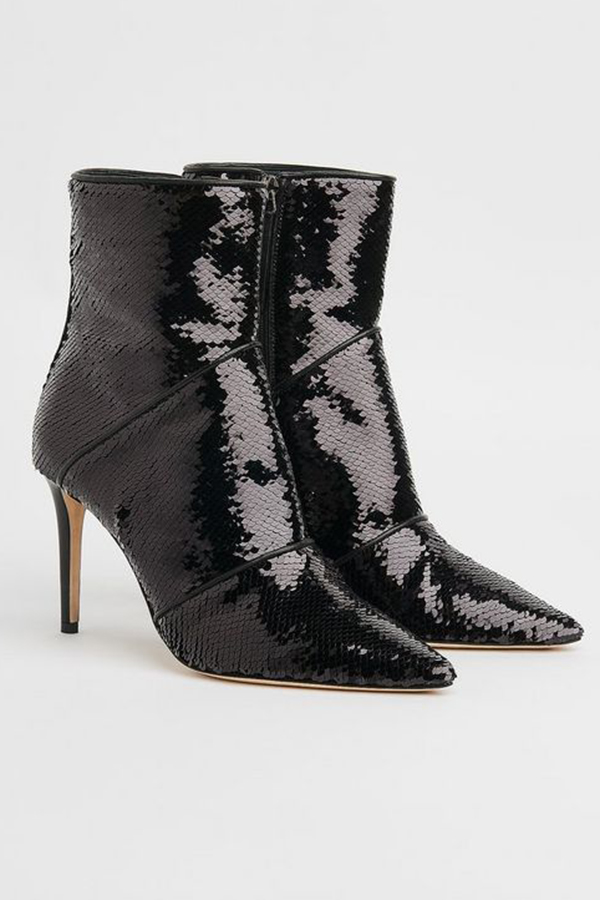 Finally, LK Bennett have a pair of black sequin ankle boots reduced by a whopping £246, from £375 to £129, but there’s limited sizes available, so hop to it if you want them!