Christine Lampard has had a busy time of late. Earlier this month, she returned to her role on ITV’s Loose Women for the first time since the birth of her first child Patricia last September, and now she’s taken the helm of the channel’s morning show Lorraine – for half term week, that is.

The 40-year-old is standing in for the programme’s usual host, Lorraine Kelly, this week, and kicked off her stint in style, stepping onto the set in a beautiful dress from a rather surprising store.

Oliver Bonas do such a gorgeous range of homeware that we sometimes forget that it has a a playful, trend-led fashion line too. But Christine and her stylist Angie Smith just reminded us by picking out the store’s new season Mix & Match Ditsy Floral Midi Dress, and pairing it with a pair of simple black heels.

With its ditsy print, contrasting panels and high, round neck, the outfit is perfect for spring – we’re thinking weddings, summer parties and more.

And the look certainly won Christine plenty of compliments, with viewers calling it ‘stunning’ and ‘fabulous’. 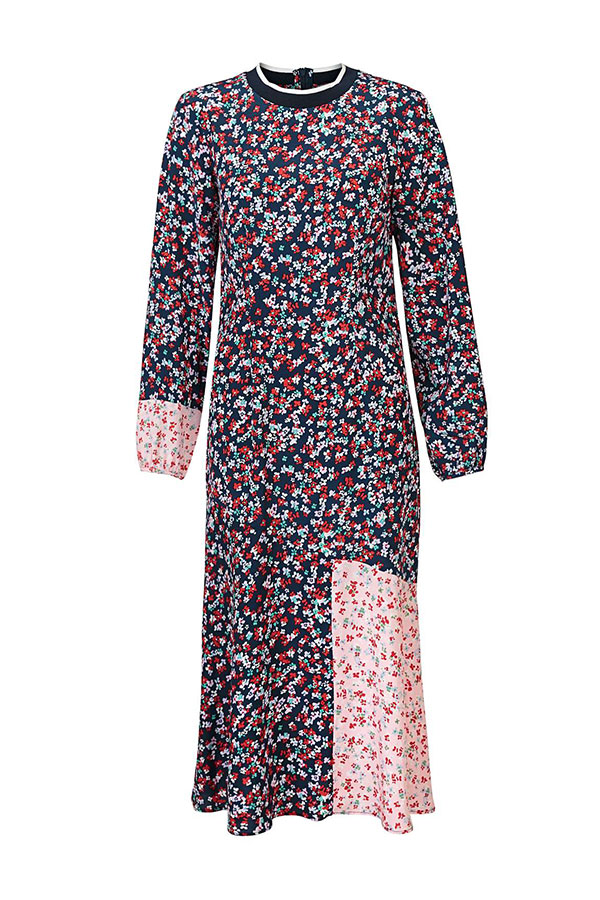 ‘Beautiful dress. It looks great on you. #yummymummy,’ wrote one, followed by another who agreed: ‘OMG I love that dress Christine I didn’t realise it was high street ? so nice x’.

While presenting, Christine opened up about her experience of first-time motherhood, saying of her daughter with football manager husband Frank Lampard: ‘She’s [Patricia] doing very well on the sleeping front, but I still have that moment when I look at her and think, “I can’t believe you’re mine”.’