Chetna Makan’s fast-cook, flavour-packed recipes will have you rustling up stunning and delicious homemade Indian dishes in half an hour or less. 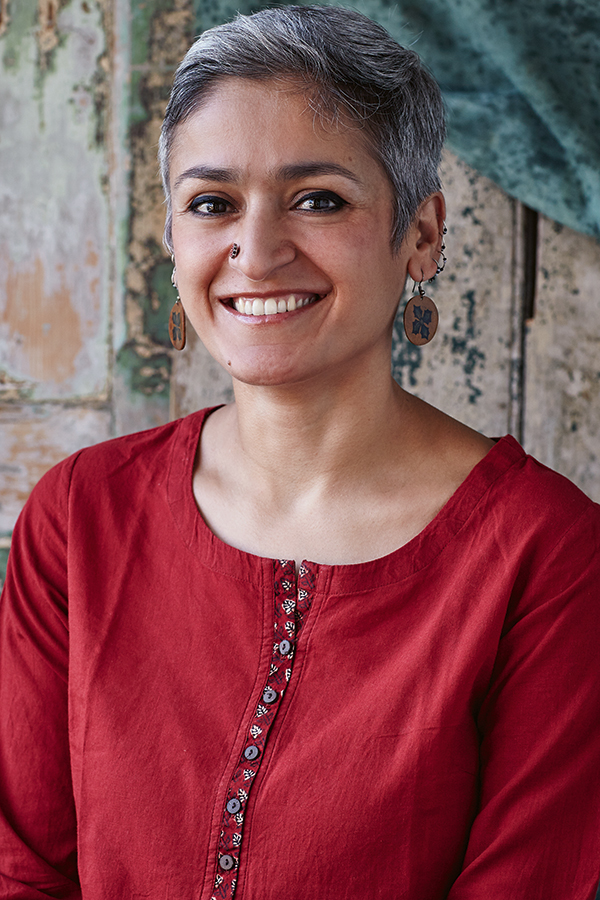 I have shared many yogurt chicken recipes, but this is the easiest and one of the most delicious ways to cook chicken.

A delicious crispy snack to please the crowds, these are loved by everyone from kids to grown-ups. This is a versatile recipe so once you have cooked up this version you can try different chutneys with the paneer filling or mix up variations that you like. Although the rolls are best served warm, no one will complain if you serve them at room temperature.

Living by the seaside and very close to a fishmonger makes it easy for me to get hold of the most beautiful squid. I like to pair it with bright green mangetout in this coconut curry for a pleasing crunch.

My grandparents used to have a tandoor outside their kitchen and when we went to stay there we had tandoori roti every day. They were some of the best lunches ever, with the whole family waiting in turn to get our roti. Coming back to this recipe, I don’t have a tandoor but I make these in the oven and add the most delicious topping of all.

If you are an aubergine fan, then this dish is sure to become your next favourite thing. The fried aubergine picks up on the aniseed notes of the fennel and the sour kick from the tamarind. The whole combination is just heavenly.

This curry sauce is so light and fragrant that you can also serve it with chicken or lots of roasted vegetables.

I have a small bowl of this in the refrigerator at all times. You will be surprised how amazingly well it goes with absolutely anything you are eating.

If you’re after a comforting, delicious and healthy dish, this is ideal: soft dal studded with golden onion and courgette, finished with a stunning tadka of tomatoes and fresh coriander. Moong dal is also called mung or gram dal.

Spice up your cooking

Distinctively tangy with a sweet and sour hit, amchur (or amchoor) is made from pieces of unripe green mango that are left to dry in the sun then ground. It is useful for adding acidity to dishes, just as you might add lemon or lime juice.

This pungent powder is extracted from the gum of a herbaceous plant, giant fennel. Its powerful flavour is described as oniony, garlicky, salty and even slightly sulphurous, but don’t let that put you off. It adds deeply savoury notes and a little goes a long way. It is also sometimes referred to by its Hindi name of hing.

The sundried leaves of the fenugreek plant have a nutty, slightly bitter taste described as similar to celery. It is commonly used in Indian breads (as in Chetna’s masala roti recipe above), can be added to curries with other spices during cooking or sprinkled over them just before serving for a flavour boost.

Meaning ‘hot spices’, the composition of this blend varies regionally but it is used across the Indian subcontinent in all manner of dishes. Whole spices are typically toasted to bring out their flavour before grinding, and lend warming aromatic notes to cooking.

Most of the spices used in Chetna’s recipes are widely available in major supermarkets. Chetna also recommends buying online from spicemountain.co.uk and spicekitchenuk.com.

This city has been voted the ‘roast capital’ of the UK