Charlie Mackesy is a British illustrator whose work has really won the hearts of the nation over the past few years. His book The Boy, the Mole, the Fox and the Horse was the second bestselling book on Amazon during lockdown, beating other immensely popular titles such as The Thursday Murder Club by Richard Osman and The Viscount Who Loved Me by Julia Quinn (which the second season of Bridgerton is based on).

If you’re unfamiliar with the name, you’re sure to have seen one of Charlie’s poignant drawings. One of his most famous illustrations is of a boy talking to a horse. The boy asks: ‘What’s the bravest thing you’ve ever said?’ to which the horse replies: ‘Help’.

With emotions running high during lockdown and the peak of the Covid pandemic, Charlie’s drawings were used to share positive and comforting messages, resonating with people of all ages thanks to their themes of love, friendship, kindness and mental health.

But The Boy, the Mole, the Fox and the Horse actually began as a series of illustrations Charlie Mackesy had been posting to his Instagram account in 2019. They were such a hit, they were made into what is now an internationally bestselling book, and will be adapted into an animated short film for the BBC. 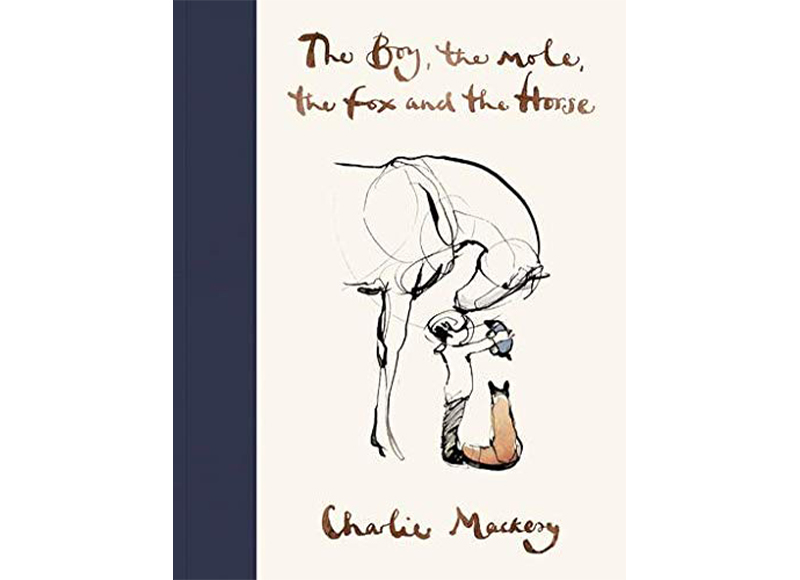 According to the BBC, the animation will capture the spirit of the original book and re-imagine his illustrations in full colour, with hand-drawn traditional animation. Tom Hollander is set to take the role of the mole, Idris Elba as the fox, Gabriel Byrne as the horse and Jude Coward Nicoll as the boy.

‘The journey of making the film of The Boy, The Mole, The Fox And The Horse with my ridiculously talented and kind animation team has been a magical one,’ Charlie Mackesy said.

It’s due to air this Christmas – perfect timing for a heartwarming, festive family watch.