The second season of Bridgerton landed on Netflix a week ago and it’s already taken the world by storm. Once again, it’s all anyone can talk about and has sent searches for Regency styles soaring, from interiors to fashion.

It’s safe to say, we’re equally as obsessed with the Bridgerton storylines as we are with the show’s wardrobe and make up department. Simone Ashley has taken over from Phoebe Dynevor as the leading lady in season two, playing Kate Sharma. Kate takes a disliking to Anthony Bridgerton, played by Jonathan Bailey, as he attempts to court her younger sister Edwina.

Simone has served seriously stunning looks this season, and there’s been one aspect of her beauty routine that people have been keen to know about.

Author Bolu Babalola tweeted: ‘I need to know the blush they used on Simone Ashley in Bridgerton‘ and she clearly isn’t the only one.

Fellow fans were also mesmerised by Simone’s make up, commenting ‘I could not take my eyes off her makeup!’ and ‘I want her entire makeup/skin routine for the show. She was GLOWING.’

The good news is, we now know some of the exact products that were used on Simone for the series. In an interview with GLAMOUR, Bridgerton‘s lead makeup designer Erika Ökvist and makeup artist Pat McGrath spilled the secrets.

Pat McGrath said: ‘I have always been obsessed with the Regency era, which has long been the inspiration behind many of my Pat McGrath Labs products, as well as the basis of every show, magazine cover and editorial shoot I’ve ever done.’

Erika added: ‘The two products that I found invaluable for me on set were the Skin Fetish: Sublime Perfection Blurring Under-Eye Powder and Skin Fetish: Highlighter & Balm Duo.

‘Many of the scenes were filmed in candlelight, and the blurring powder gave a beautiful finish and really helped to lift the under-eye area, while the balm from the duo creates a healthy, glowing, daytime look and the shimmer added dimension, light and sparkle for the ballroom scenes.’

The blusher used on Simone Ashley was Pat McGrath’s Skin Fetish: Divine Blush in the shades ‘LOVESTRUCK’ and ‘Paradise Venus’. 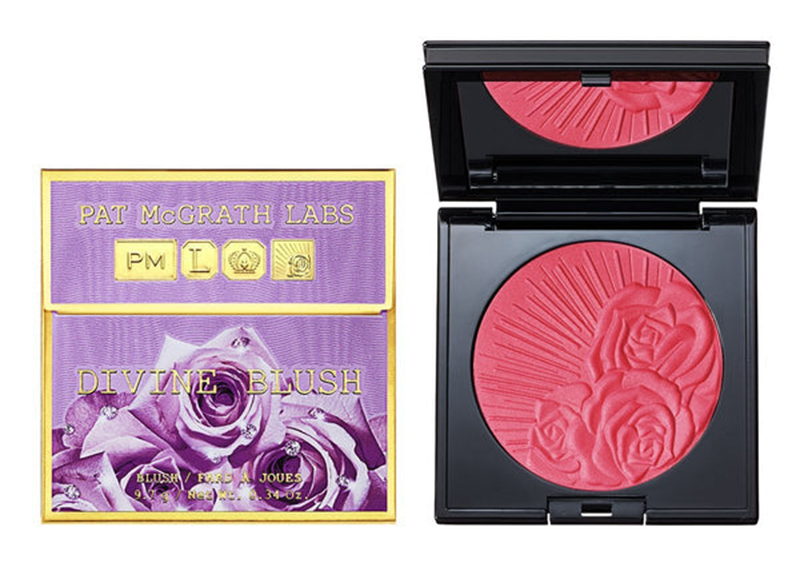 It’s no surprise Pat McGrath’s products were used for this season, as last year she released a make up collection in partnership with the show. So now you can create your very own regency-inspired look!

READ MORE: You can visit these Bridgerton filming locations in real life