In the past year, the pandemic and subsequent lockdowns gave some of us the chance to do things we otherwise wouldn’t have the time to do. Some may have started learning a language or taken up exercise, or finally got round to reading the books they’ve accumulated.

The world might be gradually opening up again, but that doesn’t stop us from wanting to add more titles to our must-read lists. Where better to get book-spiration from than the Booker Prize 2021 shortlist?

The Booker Prize is the leading literary award in the English speaking world and was first awarded in 1969. Each year, the prize is given to the best novel of the year written in English, as decided by a panel of judges. This year, the winner is Damon Galgut, with The Promise. 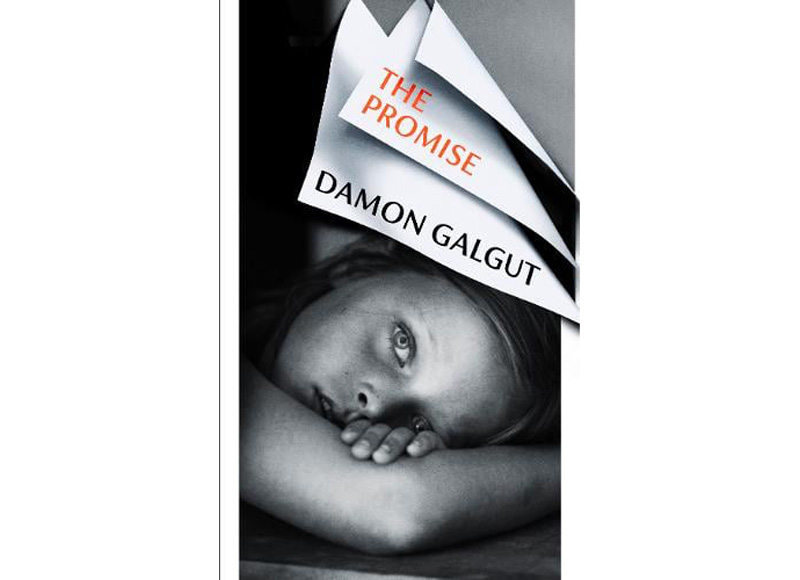 The Promise is a book that examines a dysfunctional white South African family. It’s set during four funerals across four decades, exposing the struggles in each of the characters’ lives. The judges said: ‘The Promise is a testament to the flourishing of the novel in the 21st century… The standard narrative logic of an omniscient narrator is here expanded and reinvented to create an eye so intrusive its gaze is totally untrammeled.’ Buy it here

The winner of the prestigious award receives £50,000 as well as the £2,500 awarded to each of the six shortlisted authors.

Judges for the Booker Prize 2021 include historian Maya Jasanoff, writer Horatia Harrod, actor Natascha McElhone, twice Booker Prize-shortlisted novelist Chigozie Obioma, and writer and former Archbishop Rowan Williams. Together, they had the tough job of whittling a list of 158 novels down to just 13 for the longlist and then to six for the shortlist.

Find out about the rest of the shortlist below…

A Passage North by Anuk Arudpragasam 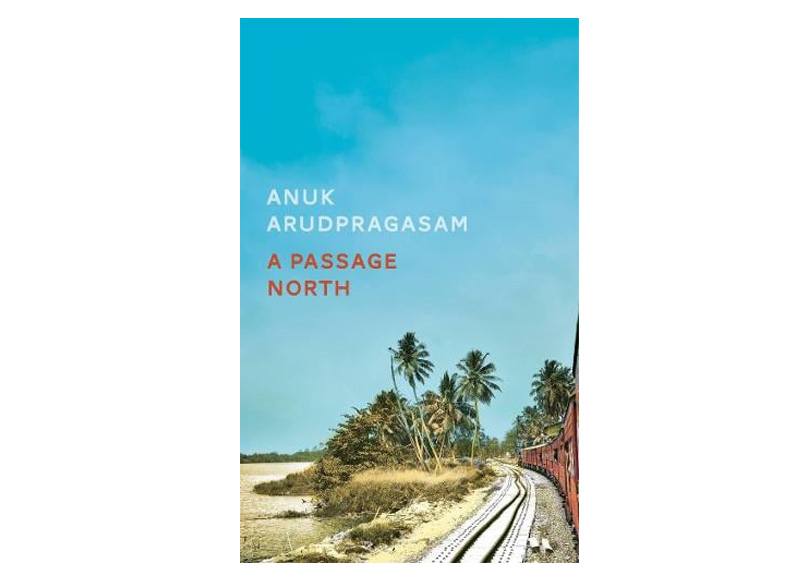 This novel from award-winning author Anuk Arudpragasam follows Krishan’s journey from Colombo into Sri Lanka’s civil war for the funeral of his grandmother’s former caregiver. The judges called it ‘quiet by serendipity, possessing its power not on its face, but in hidden, subterranean places’.

No One Is Talking About This by Patricia Lockwood 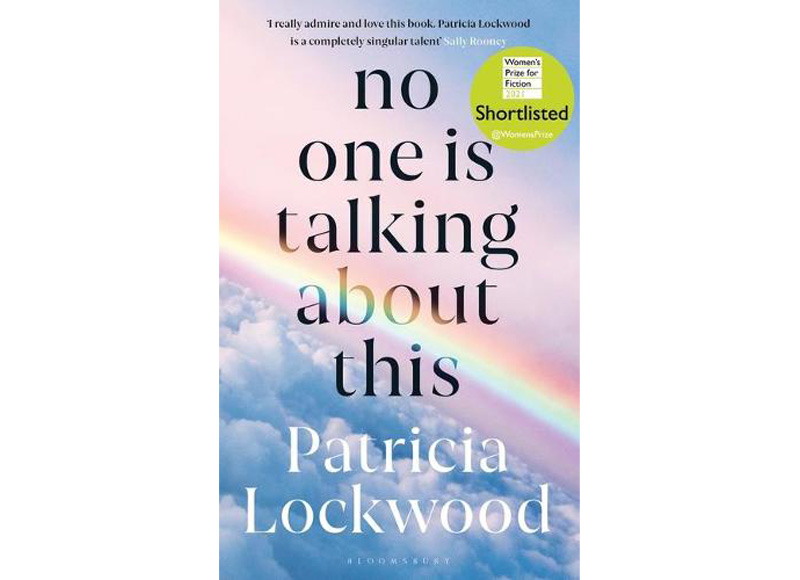 No One Is Talking About This was also shortlisted for the Women’s Prize for Fiction award. Patricia Lockwood tells how a woman’s life is turned upside down when one of her social media posts goes viral. The judges said: ‘A very uncomfortable book, which makes its fundamental and simple compassion all the more powerful.’

The Fortune Men by Nadifa Mohamed 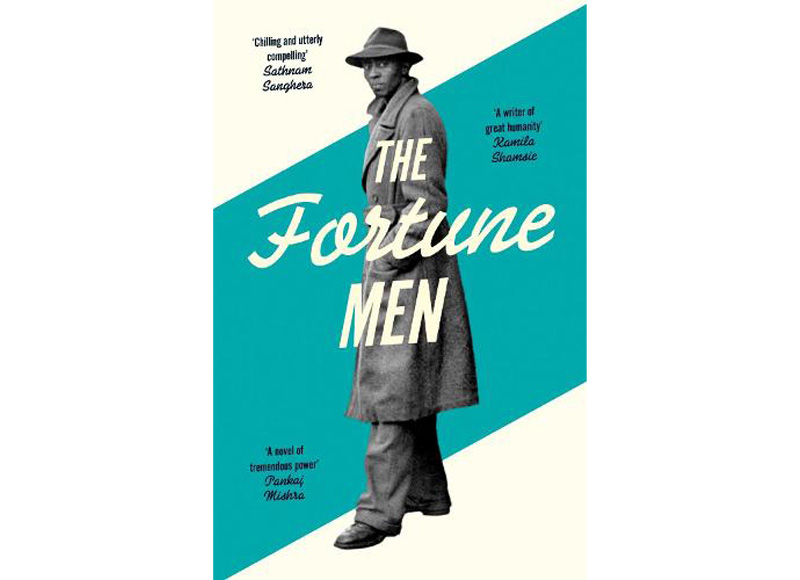 Based on a real-life case from 1952, The Fortune Men tells the story of Mahmood Mattan, a Somali seaman who was wrongfully convicted of a murder and subsequently was one of the last men to be executed in Wales. The judges said: ‘The story is rightly dominated by a single, shocking instance of legal violence against an individual. A reminder that the scars of the murderous effects of routine and unquestioned racism are not quickly healed, and shouldn’t be.’ 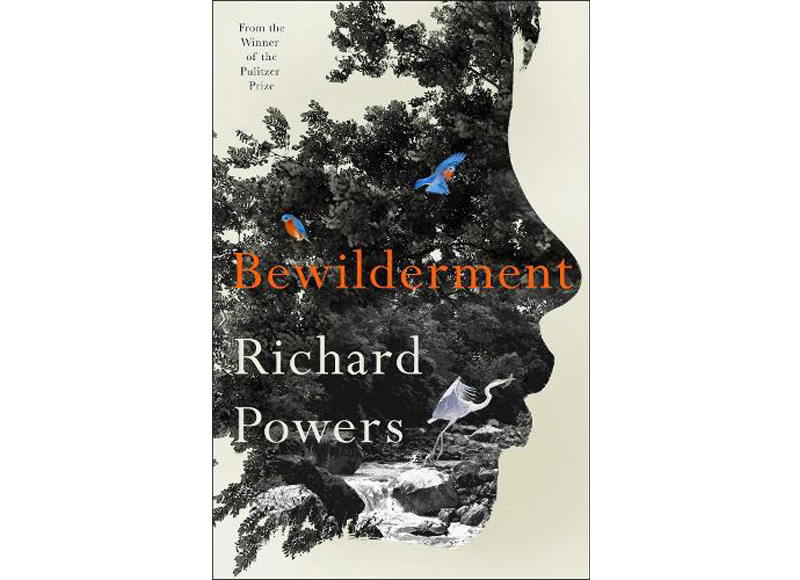 Bewilderment follows widowed Theo Byrne and his nine-year-old son, who has a lesser-known health condition. The judges said: ‘Powers thrills us with intricate scientific ideas even as he inhabits the consciousness of the grieving, non-neurotypical child – and shows us the loneliness and complexity involved in parenting him.’ 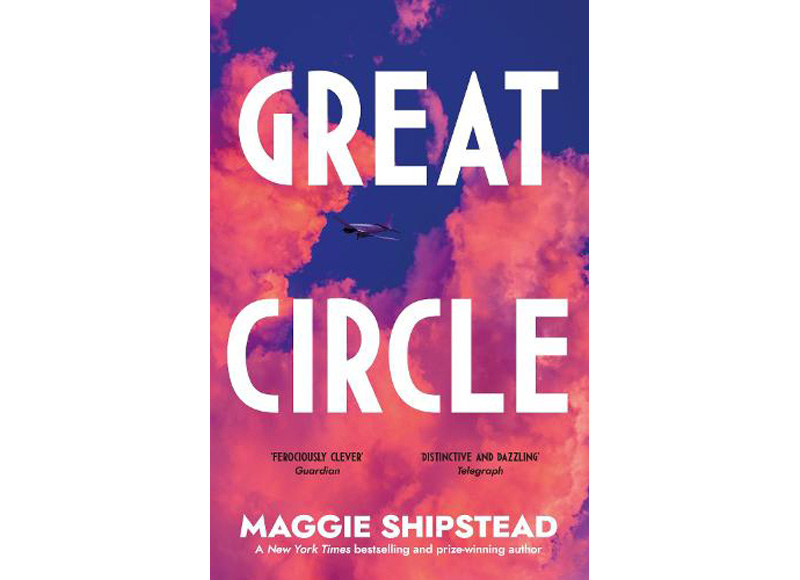 Maggie Shipstead spent seven years writing Great Circle – her third novel. The story follows a female aviator who disappeared in 1950, and an actor who portrays her on screen decades later. The judges said: ‘We were blown away by the ambition and epic sweep of this beautifully written novel about the doomed fictional aviatrix Marian Graves and a Hollywood actress cast in her biopic decades later… Great Circle is fresh and utterly unusual.’

Books on the longlist 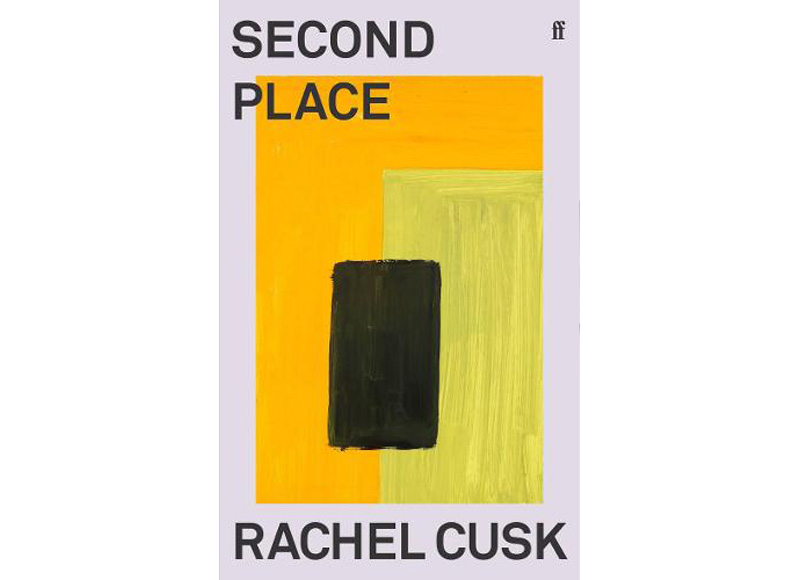 Second Place follows a woman looking for more meaning in her life. She invites a famous artist to spend the summer in her guesthouse, but his presence disrupts her secluded family home. The judges said: ‘We were astounded by Cusk’s slim volume, which teems with questions about art, love and what it takes to live a free life, told in exquisite prose and with a forensic eye for social observation.’

The Sweetness of Water by Nathan Harris 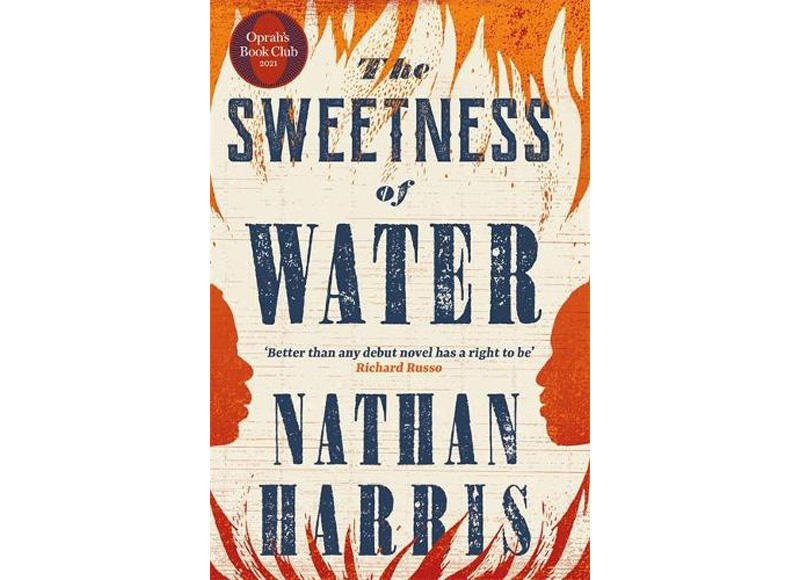 This debut novel is set in the fictional town of Olf Ox, Georgia, at the end of the American Civil War. The story opens with two brothers who are finally leaving the plantation where they’ve spent their entire lives.

Klara and the Sun by Kazuo Ishiguro 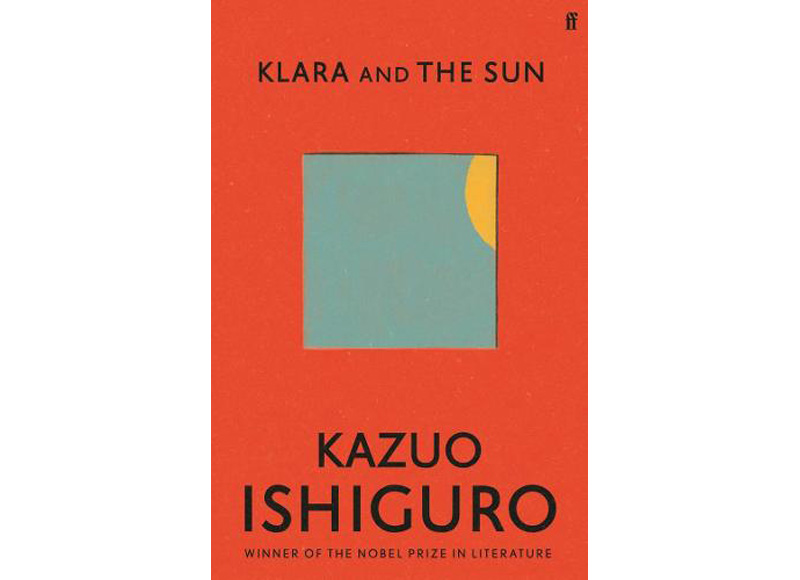 Kazuo Ishiguro has won the Nobel Prize in literature and has also previously won the Booker Prize. In his eighth novel, the author shows us the mind of Klara, an artificial friend who’s been built to keep lonely children company.

An Island by Karen Jennings 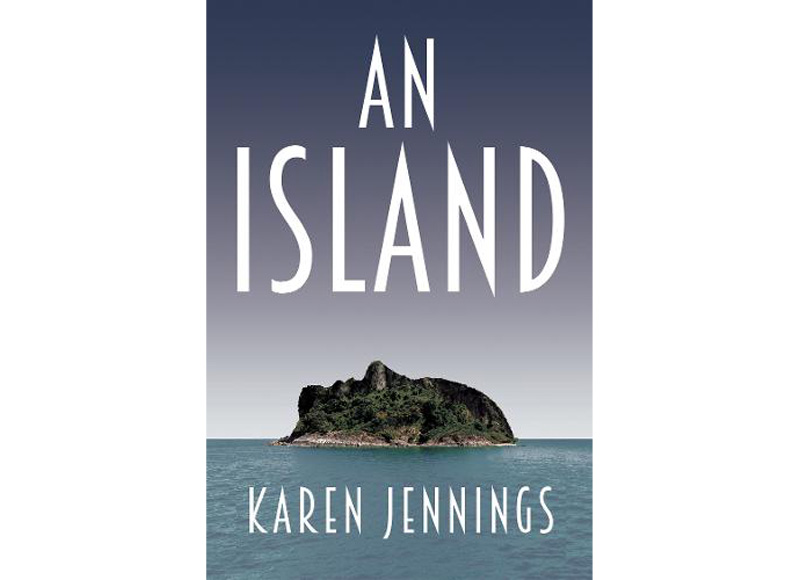 This intense story follows a lighthouse keeper who lives isolated on an island off the African coast. That is, until a young refugee washes up on his shores. The judges said: ‘This writer deftly constructs a moving, transfixing novel of loss, political upheaval, history, identity all rendered in majestic and extraordinary prose.’ 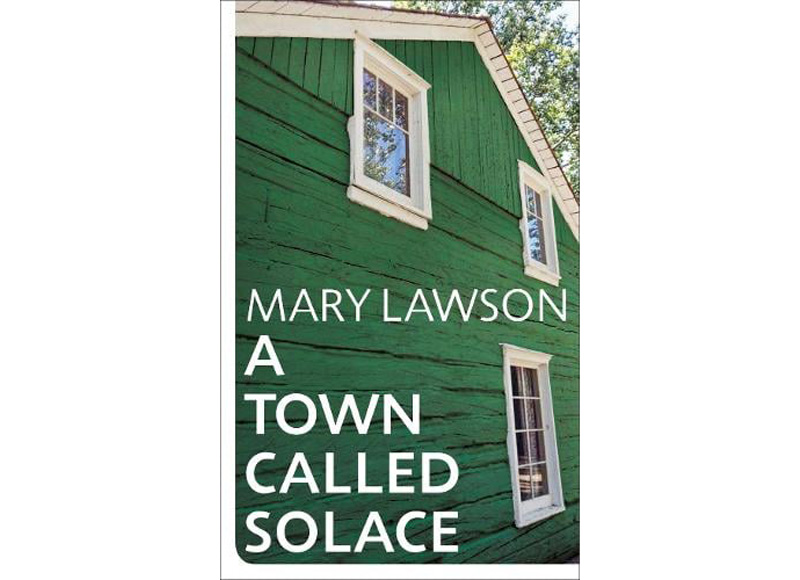 Acclaimed Canadian author Mary Lawson brings together three characters, each at different stages in their lives after suffering a loss. The judges said: ‘We were captivated by A Town Called Solace’s beautifully paced, compassionate, sometimes wry examination of small-town lives.’ 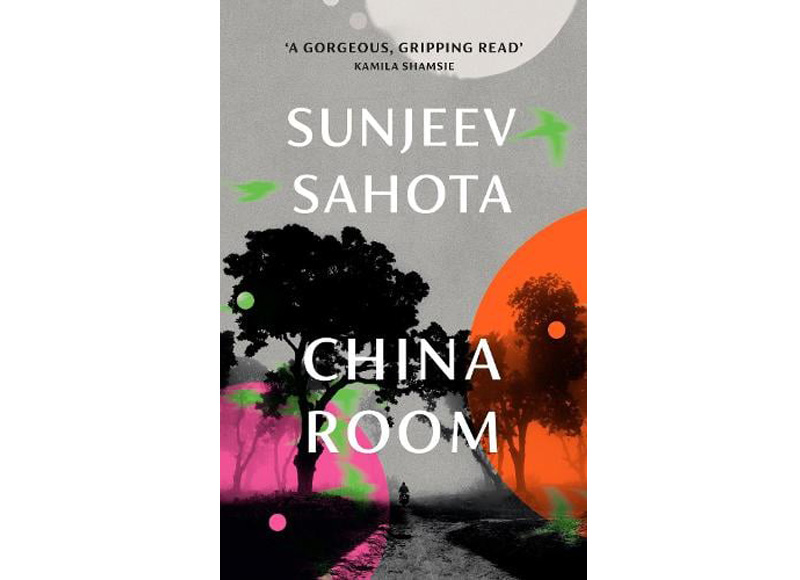 China Room tells two stories at the same time and is set in Punjab, India. The story also involves an arranged marriage and Nineties Britain. The judges said: ‘Weaving together two timelines and two continents, China Room struck us as a brilliant twist on the novel of immigrant experience, considering in subtle and moving ways the trauma handed down from one generation to the next.’ 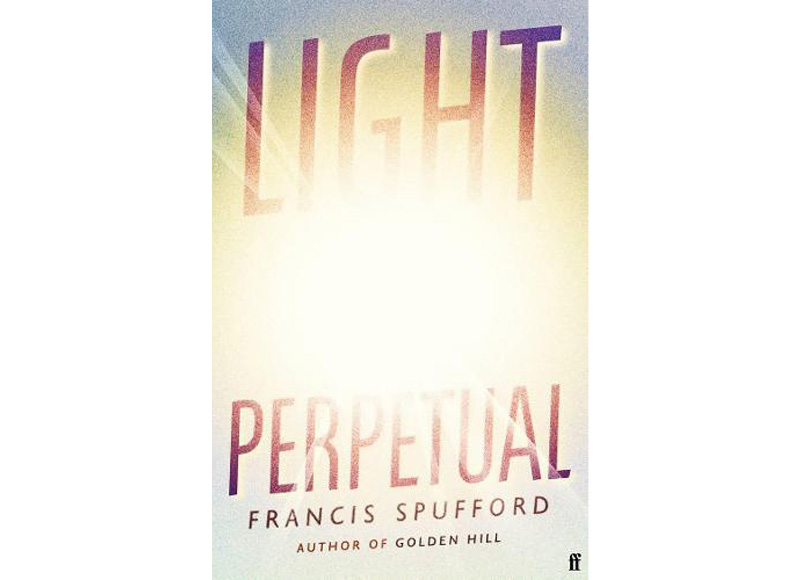 In this book, a V2 rocket hits a Woolworths in south London in 1944 and kills five children. The tale then explores what their lives would’ve been like if they had survived. The judges said: ‘An absorbing chronicle of the five’s possible trajectories into old age, the novel made us reflect on the contingencies in every human life, and the purpose of fiction itself.’

This is the one mistake you’re making when bra shopping

John Lewis and Waitrose are both removing plastic toys from their...

This is how much the average woman spends on going to...

Duvet stealing and snoring cause most sleep-related arguments among couples

Hannah Betts: ‘My night in Britain’s most haunted house’

The beginner’s guide to running during the coronavirus outbreak