2022 is already shaping up to be a brilliant year for entertainment, especially when it comes to book-to-screen adaptations.

Last year we had the pleasure of seeing the likes of Jojo Moyes’ The Last Letter From Your Lover, Liane Moriarty‘s Nine Perfect Strangers and Nancy Mitford’s The Pursuit of Love all come to life on screen – and this year there are just as many brilliant novels of all genres being adapted for the big and small screen.

Romance fanatics will already be well aware that David Nicholl’s One Day is being translated for a Netflix series. For the period drama lovers there Jane Austen’s Persuasion and fans of psycho-thrillers will want to keep any eye out for the adaptation of Patricia Highsmith’s Deep Water.

We’ve rounded up some of the best book adaptations that are set to be big news for 2022, so you can get ahead of the curve by reading the book before its release…

The End We Start From 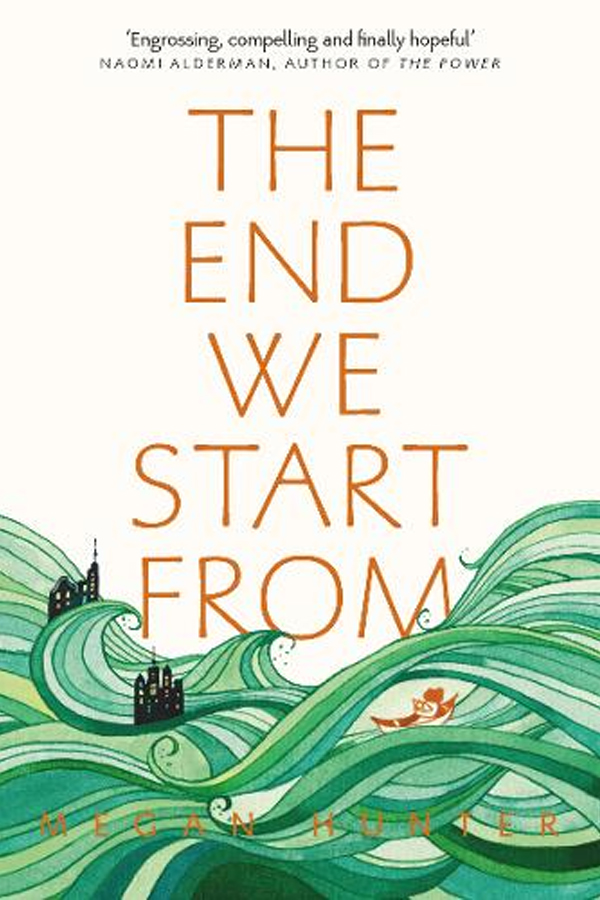 Jodie Comer and Benedict Cumberbatch are set to be a part of the upcoming film adaptation of Megan Hunter’s critically-acclaimed The End We Start From. In the movie, Jodie will portray a mother struggling amid a global environmental crisis, which leaves London submerged by flood waters.

The book synopsis reads: ‘In the midst of a mysterious environmental crisis, as London is submerged below flood waters, a woman gives birth to her first child. Days later, the family are forced to leave their home in search of safety. As they move from place to place, shelter to shelter, their journey traces both fear and wonder as the baby’s small fists grasp at the things he sees, as he grows and stretches, thriving and content against all the odds.’

According to The Hollywood Reporter, the script will be written by Alice Birch – the woman behind Normal People and Succession. It’s also being developed by Benedict Cumberbatch’s production company SunnyMarch, Hera Pictures, Anton and BBC Film.

It hasn’t been revealed yet whether Benedict will be starring in the film himself, but what a powerhouse of actors if so. Jodie and Benedict will be producing the project together, regardless. 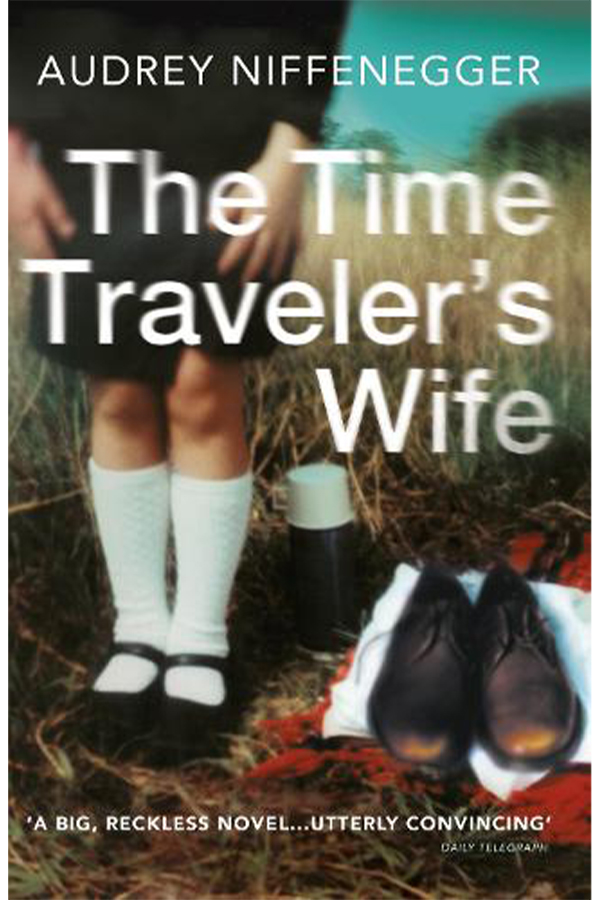 Game of Thrones and The Good Wife star Rose Leslie is starring alongside Divergent actor Theo James in a Sky TV adaptation of Audrey Niffenegger’s novel The Time Traveler’s Wife.

If you’ve somehow managed to get this far without having read the book already, the story follows the complicated marriage between Henry (played by Theo James) and Clare (played by Rose Leslie). Henry has a genetic disorder that causes him to time travel without control, and Clare has to learn how to cope with his absence and sometimes dangerous experiences.

You don’t have to wait long to watch the exciting new series either, as Sky and HBO Max have confirmed a release date of 15 May. 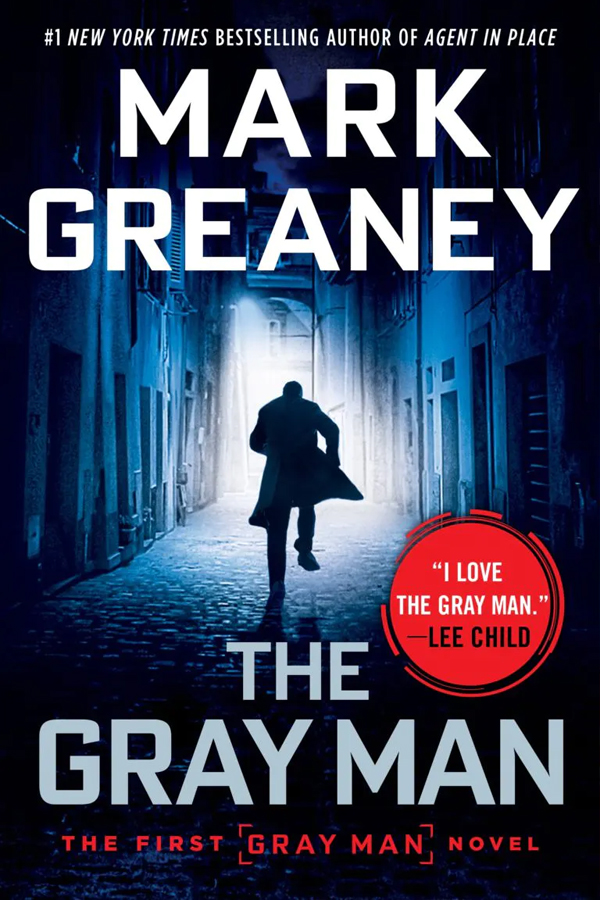 Missed Regé-Jean Page from season 2 of Bridgerton? Well, the good news is he’s returning to Netflix for an adaptation of Mark Greaney’s novel The Gray Man.

It has a stellar cast, as Rege will star alongside Ryan Gosling, Chris Evans and Ana De Armas. The high octane thriller comes from the directors of Avengers: Endgame, so you can expect big things. Especially as The Gray Man is expected to be the biggest-budget feature film in Netflix’s history, costing upward of $200 million.

According to Deadline, the upcoming film features Ryan Gosling as Court Gentry (the Gray Man), a freelance assassin and former CIA operative. ‘But now the tables have turned and Six is the target, hunted across the globe by Lloyd Hansen (Chris Evans), a former cohort at the CIA, who will stop at nothing to take him out. Agent Dani Miranda (Ana de Armas) has his back. He’ll need it,’ reads the synopsis.

We don’t have an exact release date, but the film is expected to arrive during summer.

The Seven Husbands of Evelyn Hugo 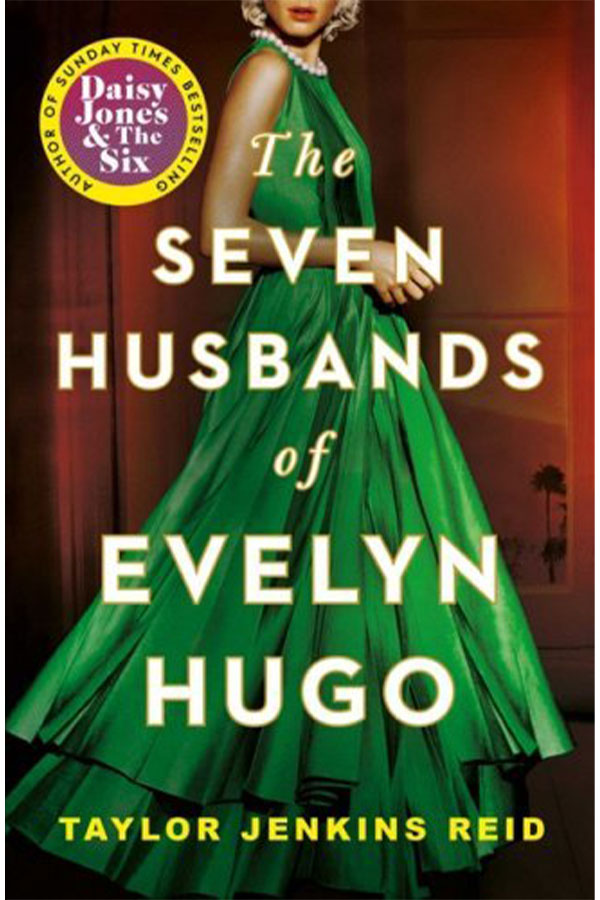 Taylor Jenkins Reid’s 2017 bestseller The Seven Husbands of Evelyn Hugo has remained on the New York Times Bestseller Paperback List for over the last year, so it’s no surprise to see it’s now being turned into a Netflix film. The story follows a reclusive Hollywood legend, who chooses Monique Grant, a reporter, to tell her life story.

The synopsis reads: ‘Evelyn recounts her time in the Golden Age of Hollywood, her rise to fame, and her seven marriages — revealing stunning secrets and lies. But through it all one question remains: Why has she chosen Monique for her final confession?’

There’s no word as of yet when the movie will be released or the cast, so stay tuned for updates! 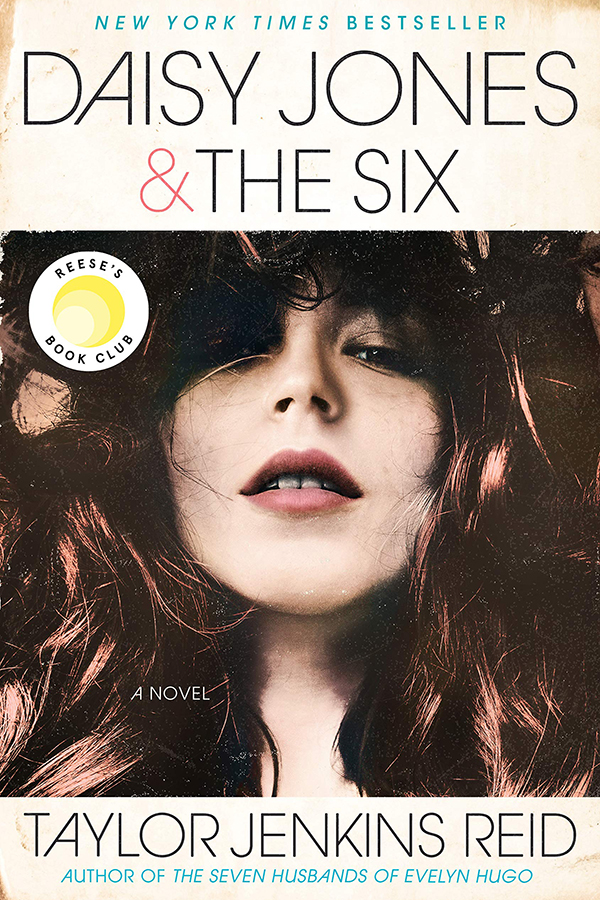 Reese Witherspoon has a keen eye for scooping up the most popular books of our time and turning them into Hollywood adaptations. One of the latest tomes to catch her eye was another of Taylor Jenkins Reid’s bestselling books – 2019 novel Daisy Jones & The Six. The story immerses the reader in the hedonistic world of 1970s LA, pitting the stratospheric rise and fall of its titular (and fictional) Fleetwood Mac-esque rock band.

For its screen adaptation as an Amazon Prime series, Riley Keough (fittingly the granddaughter of Elvis Presley) will play the band’s chaotic female lead Daisy Jones, alongside Sam Claflin as the band’s frontman, Billy Dunne. Production only started in September 2021 so there’s no official release date yet. 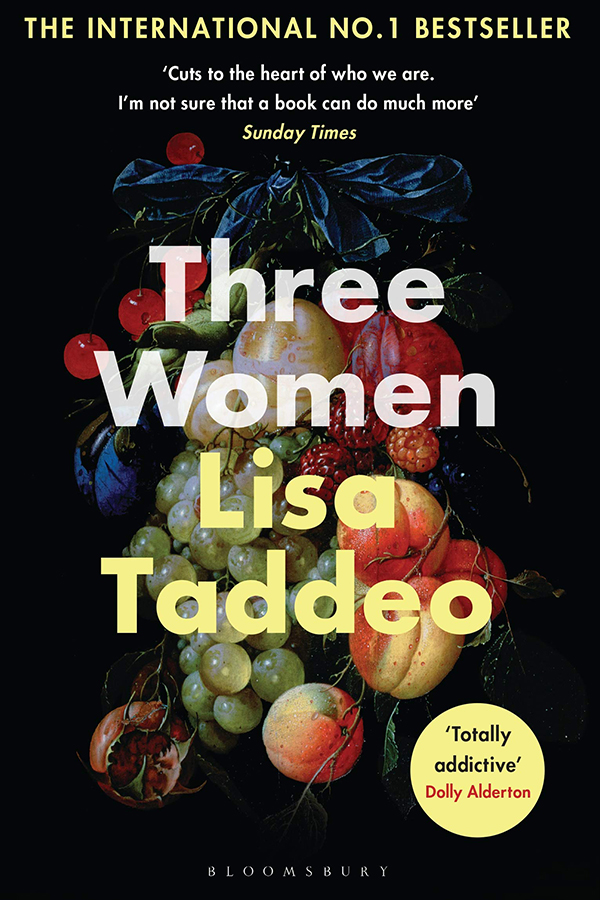 Lisa Taddeo’s debut non-fiction book made a big impression when it was published in 2020 and now it’s set to be transformed into a Showtime series. It tells the true stories of three American women – Lina, a suburban housewife stuck in a passionless marriage, Maggie, who is exiled for accusing her teacher of inappropriate behaviour, and Sloane, an entrepreneur in an open marriage.

Expected to land on screens in the autumn, the series is set to star Betty Gilpin as Lina, DeWanda Wise as Sloane, Gabrielle Creevy as Maggie and Shailene Woodley as Gia (aka a fictionalised version of author Lisa Taddeo). 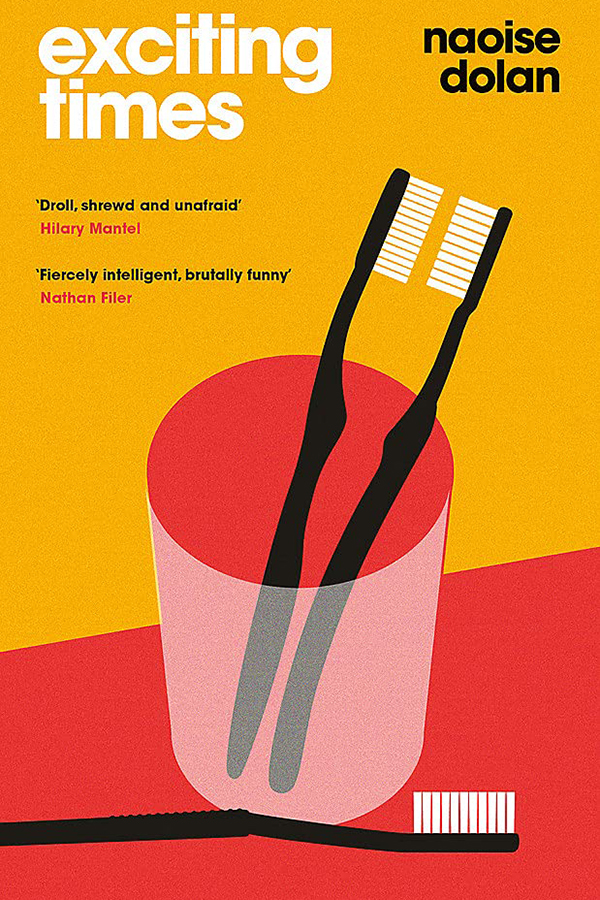 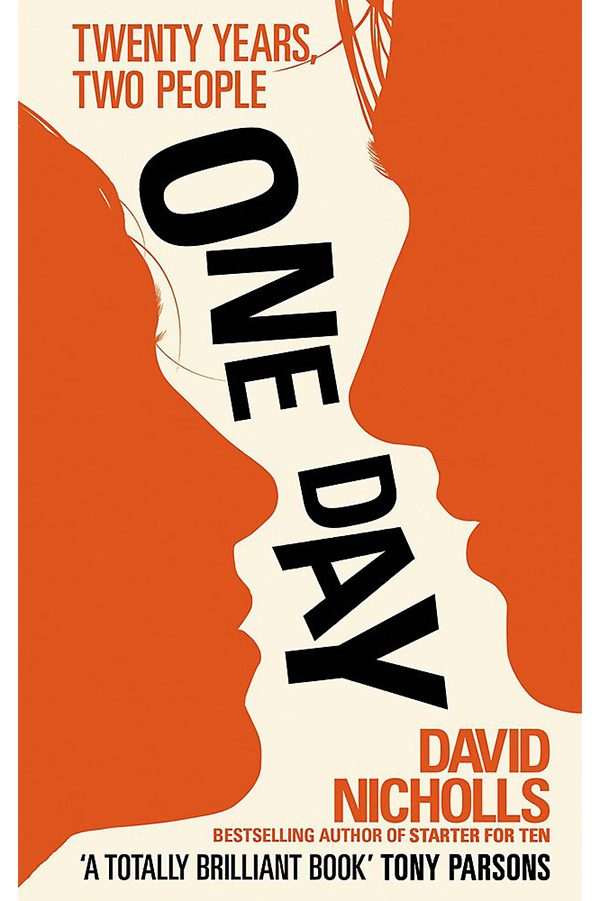 The multi-million copy bestseller (and one of the most tear-jerking novels ever written), David Nicholls’ 2009 novel One Day has already received one screen adaptation in the form of the 2011 film starring Anne Hathaway and Jim Sturgess.

Now Netflix is giving us a treat by turning the hit story – which catches up with characters Emma Morley and Dexter Mayhew on the same day each year for 20 years – into a TV series. Still in the early stages of production, we may not even see this come to screens until 2023 (although we can hope), but it’s definitely one to keep on your radar.

Book to screen adaptations coming out in 2022 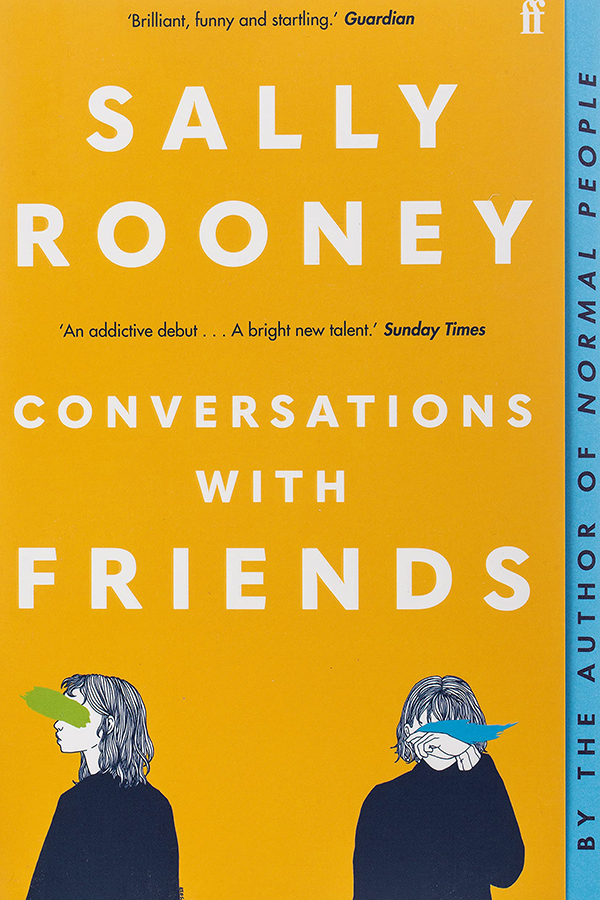 After the flyaway success of the TV adaptation of Sally Rooney’s Normal People in 2020, it was only a matter of time before the author’s debut novel got the same treatment. Following the story of Dublin-based students Frances and Bobbi who become entangled with older married couple, Nick and Melissa, Conversations With Friends explores themes of love, hurt, friendship and desire.

With Normal People director, Oscar-nominated Lenny Abrahamson, back at the helm and Joe Alwyn and Jemima Kirke starring, the 12-episode series is sure to make some noise when the first episode drops on 15 May on BBC Three. Read everything we know about the upcoming series here.

Where the Crawdads Sing 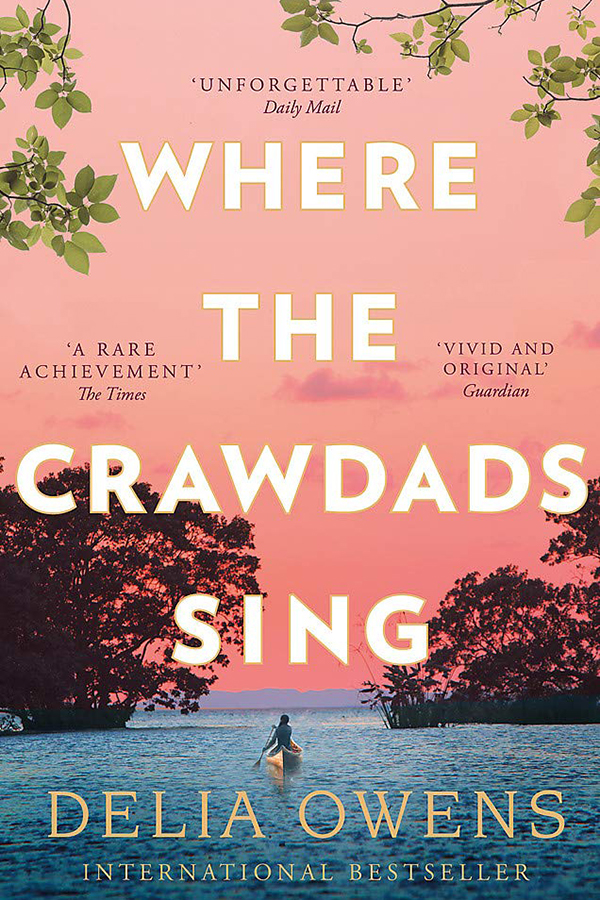 Another adaptation to thank Reese Witherspoon for is Delia Owens’ Where the Crawdad’s Sing. Having made it onto several bestseller lists, the coming-of-age story is set in 1950s North Carolina and centres on Kya, an orphaned girl who gets blamed for the death of a local boy. The film adaptation will star Normal People‘s Daisy Edgar-Jones, Taylor John Smith and Harris Dickinson and is set for release on 22 July 2022.

A post shared by Where The Crawdads Sing (@crawdadsmovie) 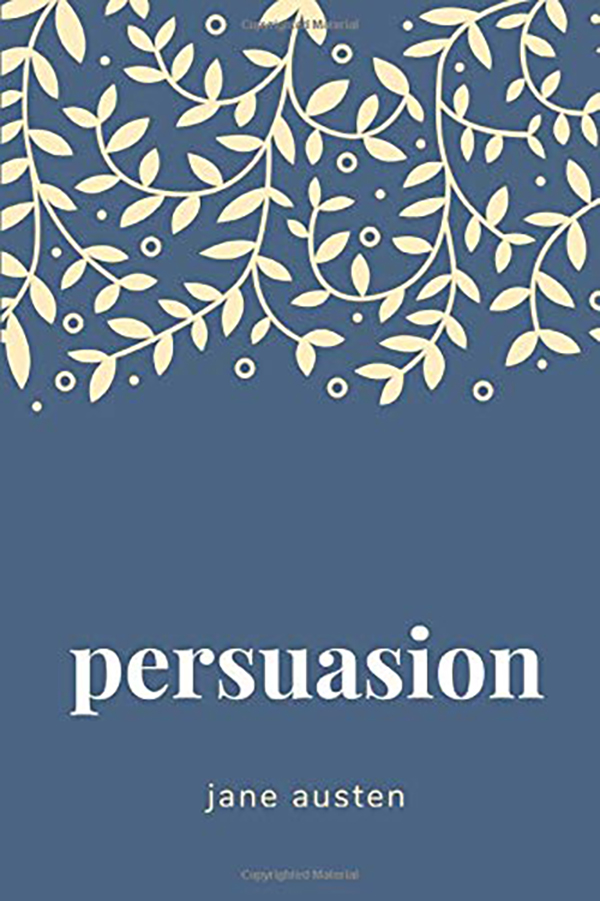 Jane Austen’s books have long served as inspiration for many a film and TV adaptation, and this year Netflix is taking on the author’s final novel, the Regency-era classic Persuasion, with a modern and witty approach. This retelling will star Dakota Johnson as Anne Elliot, the young unmarried protagonist. Having ended her engagement to a naval officer eight years previous, Anne once again finds herself torn between the demands of family and social convention as the now Captain Frederick Wentworth (Cosmo Jarvis) re-enters her life.

Persuasion will land on Netflix on 15 July, so we haven’t got too much longer to wait. In the meantime, we’ll feast our eyes on the pre-released stills (below)… 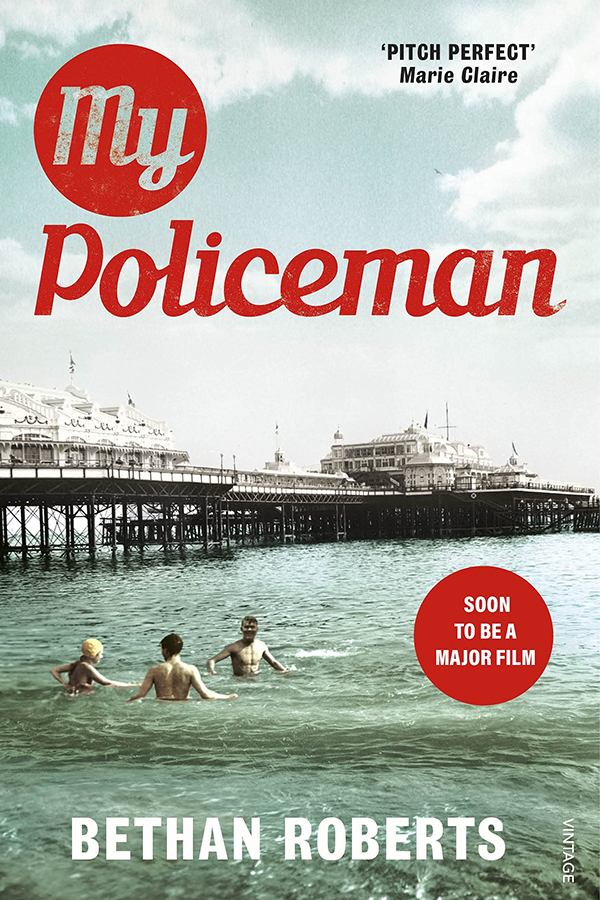 Based on the heartbreaking 2012 novel by Bethan Roberts, My Policeman is set in 1950s Brighton and tells the story of a love triangle between Marion, Tom and Patrick. Set in a time when homosexuality was still illegal in Britain, it is ‘safer’ for Tom to marry Marion than be in a relationship with Patrick, so the two begin to ‘share’ Tom – until one of them inevitably breaks. Harry Styles is staring as Tom, alongside The Crown‘s Emma Corrin and David Dawson. The film is set to land on Amazon later in 2022. 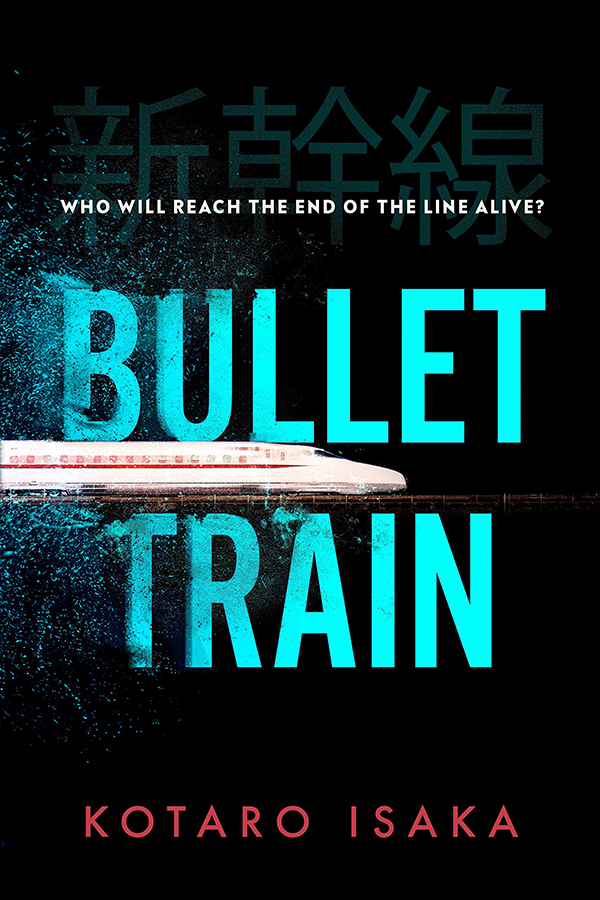 For a bit of high stakes drama with a stellar cast, look no further than the film adaptation of Kotaro Isaka’s Bullet Train. Five assassins are all aboard a bullet train in Japan, all with the same mission to collect a mysterious suitcase – an action-packed story inevitable ensues. The film can count Brad Pitt, Sandra Bullock, Lady Gaga and Aaron Taylor-Johnson in its cast, so it’s likely this is going to be a big hit. Bullet Train is set for release on 15 July. 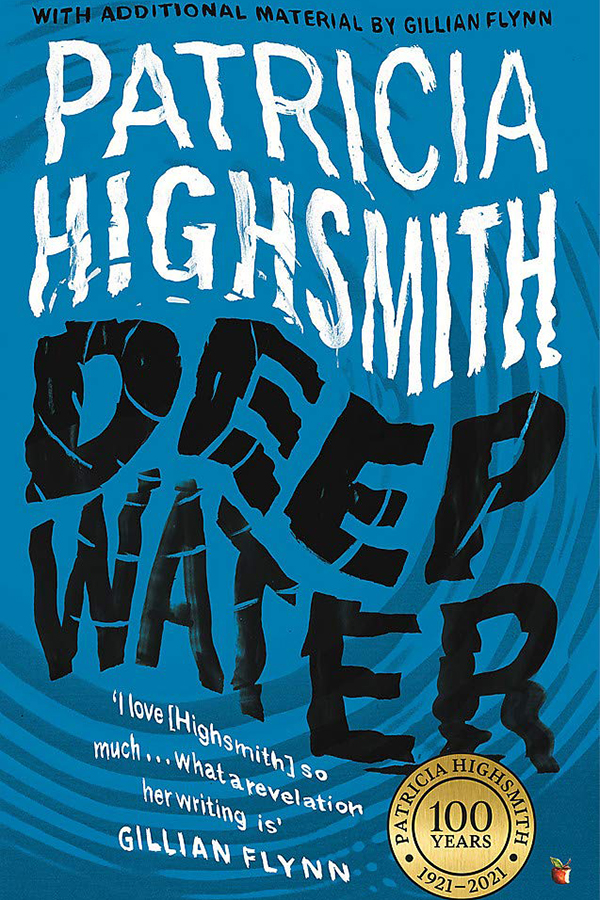 Patricia Highsmith’s Deep Water will star Ben Affleck and Ana de Armas as Vic and Melinda Van Allen, a couple who’s loveless marriage has soured, causing Melinda to turn to adultery. When on of Melinda’s lovers is murdered, Vic is prime suspect number one. With Ben and Ana real-life former partners (they were together during the filming of Deep Water), their chemistry will surely make this psycho-thriller utterly gripping. The film will stream on Hulu some time later this year.

Death On The Nile 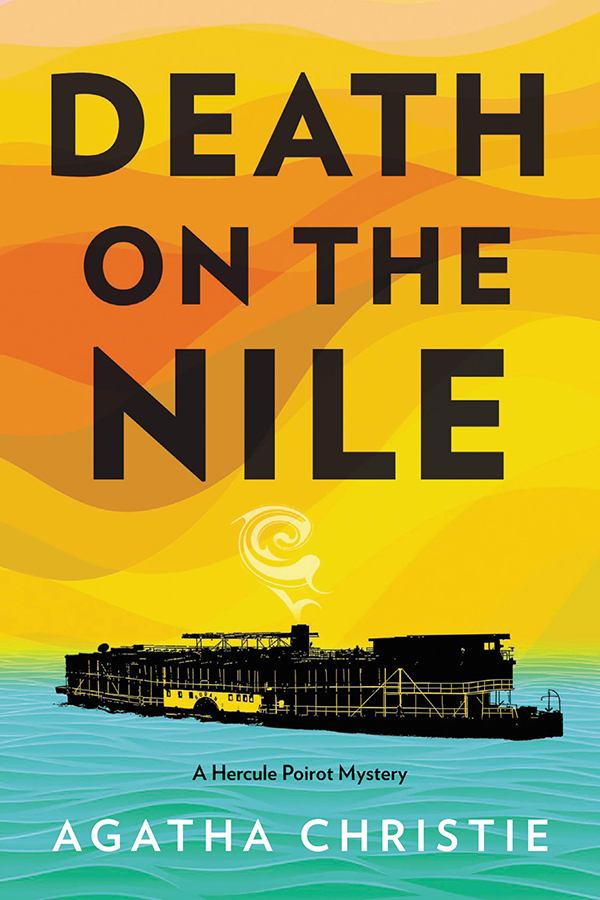 Another of Agatha Christie’s Hercule Poirot murder mysteries is set for a big-screen makeover, and this time it’s Death On The Nile. With an impressive cast including Gal Gadot, Emma Mackey and Kenneth Branagh, we’re very much looking forward to its release on 11 February.