With just under 10 weeks left till Christmas (we know, time is flying), it’s time to start thinking about what will be on the menu for this year’s slap up festive meal with the family. Whether you’re hosting a party of 15 or a humble four, you’re going to want to serve up best food on offer – we’re talking the crème de la crème of all things turkey, roast beef, pigs in blankets, and most importantly – mince pies.

There is no such thing as a British Christmas without mince pies. In fact last year, a record 220 million mince pies were sold in the UK during the Christmas season. So to make sure you all get your hands on the right ones this year, the best supermarket mince pies for 2018 have been revealed.

As part of their annual Christmas taste test, food critics at Good Housekeeping sampled 29 different mince pies in order to identify the one that offered the best quality. Any mince pie enthusiast will know that the festive treats are supposed to be deliciously buttery, crumbly and fruity, all of which the critics found in one standout product: Morrisons‘ own mince pies.

That’s right, turns out the best quality mince is also the best value for money as the purse-friendly supermarket came out on top. Priced at just £2, the Good Housekeeping testers explained that Morrison’s mince pies were traditionally spiced and had aromatic notes of cinnamon and cloves.

They also picked up ‘a light touch of brandy followed by a zesty kick from the orange oil’ and praised the ‘jammy mincemeat’ while pointing out that ‘all butter pastry crumbles perfectly for a moreish texture.’ 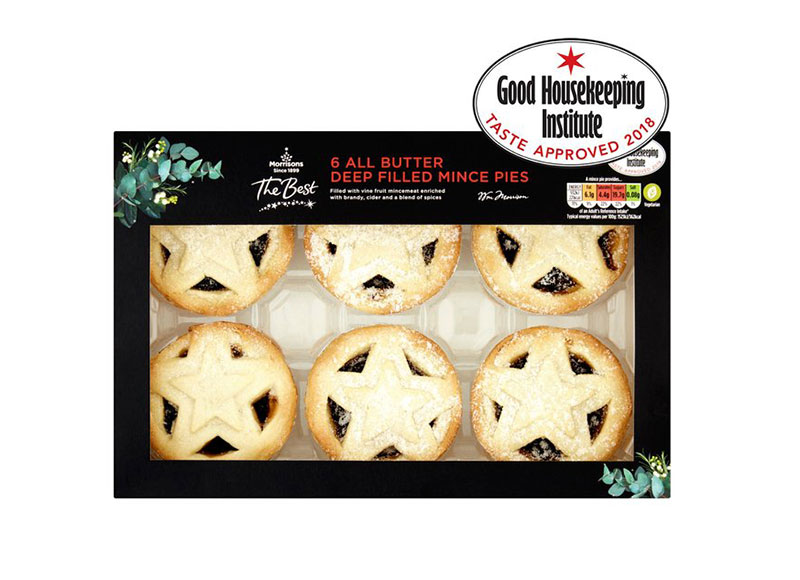 Morrisons also came out on top with their Poinsettia Fully Iced Christmas cake, but the publication’s annual list crowned Marks & Spencer as the winner of this year’s favourite Christmas pudding, with their 12 month matured vintage Christmas pud. Testers described the seasonal dessert as being ‘rich in aroma’ and having a ‘balanced’ taste.

Our mouths are watering already…

How sweet it is

6 speedy low carb recipes, from simple snacks to dinners and...

Ruby chocolate: What does it taste like and where can you...