We’re living in uncertain times right now, and while being in lockdown is the best thing for the country in terms of safety and responsibility, it can feel overwhelming in so many ways.

However, one thing we can control is how much entertainment we find. We’ve had plenty of Netflix bingeing and book reading, but when you fancy something a little different, the board games undoubtedly come out.

While most of us will have the old classics in our cupboards, sometimes Monopoly and Guess Who just won’t cut it. That’s why we’ve selected 21 of the very best adult board games and card games to have fun while staying inside, many of which you may not have heard of. They’re all available to buy online and will have you laughing and feeling totally distracted for a good couple of hours on any given day.

Whether you’re into inappropriate card games or classic quizzes are more your thing, there’s something in this line up for everyone.

21 of the best board games for adults 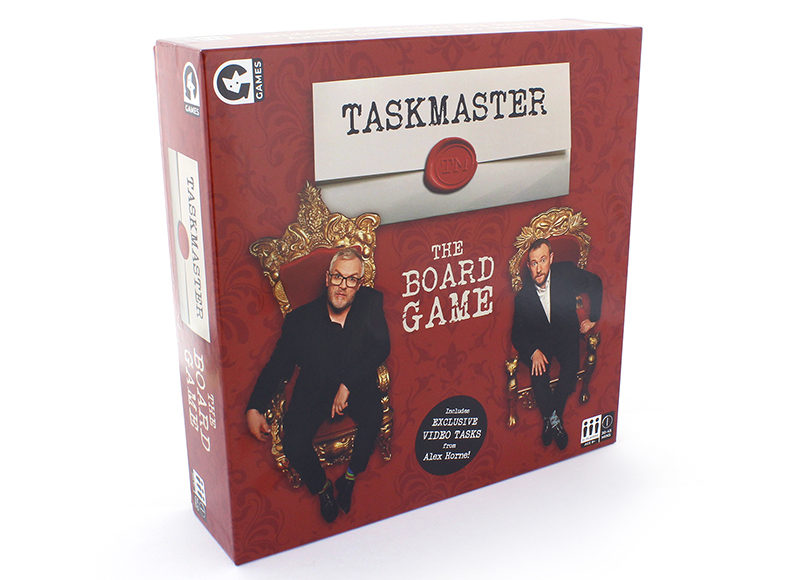 Love the TV show co-hosted by the hilarious Greg Davies and Alex Horne? Then this board game based on the hit series will have you occupied for hours, as you compete with your friends and family in a series of ludicrous tasks to be crowned the Taskmaster Champion. 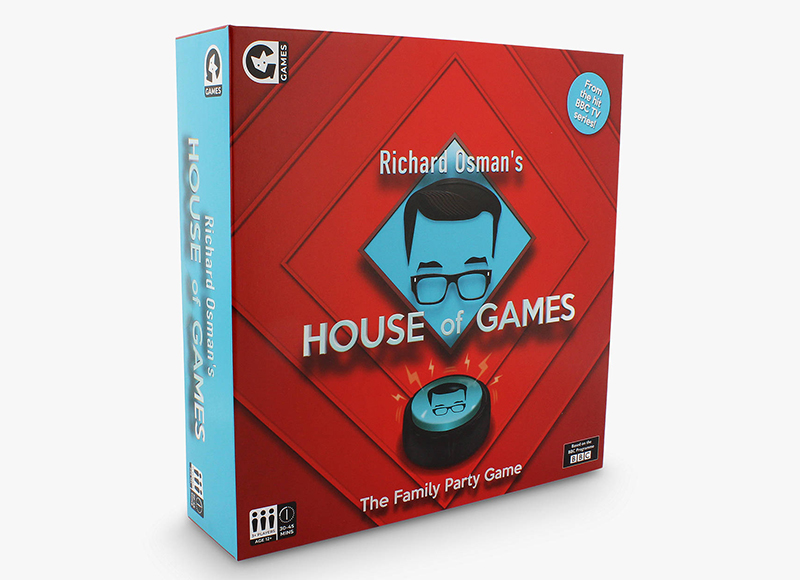 If, like us, your daily lockdown habit has been switching off from working from home and diving straight into BBC2’s House of Games hosted by Richard Osman at 6pm (just us?), then you’ll love recreating your favourite challenges from the show in the comfort of your home. Anyone up for a round of Answer Smash? 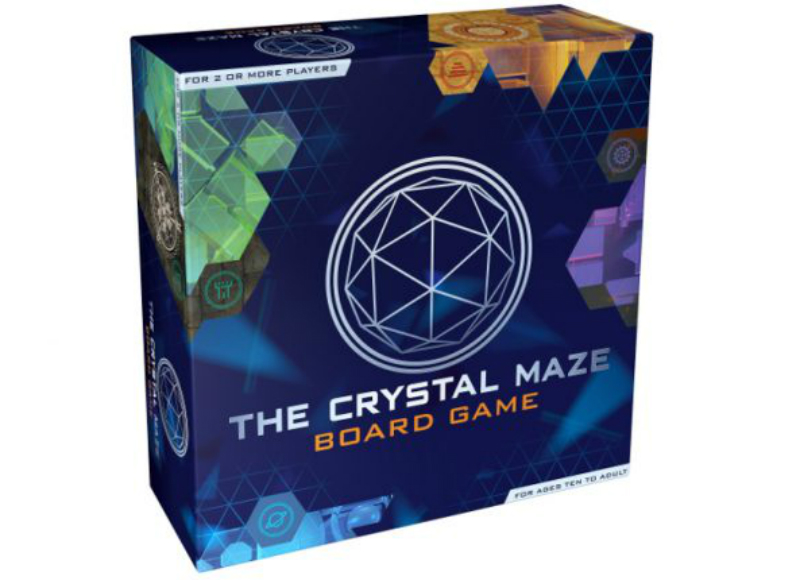 Always wanted to be on the TV show, The Crystal Maze? This is the next best thing. Designed to played in groups, this sees teams attempt to solve clues, puzzles, and games to collect crystals which then buy you time in the gold token finale. 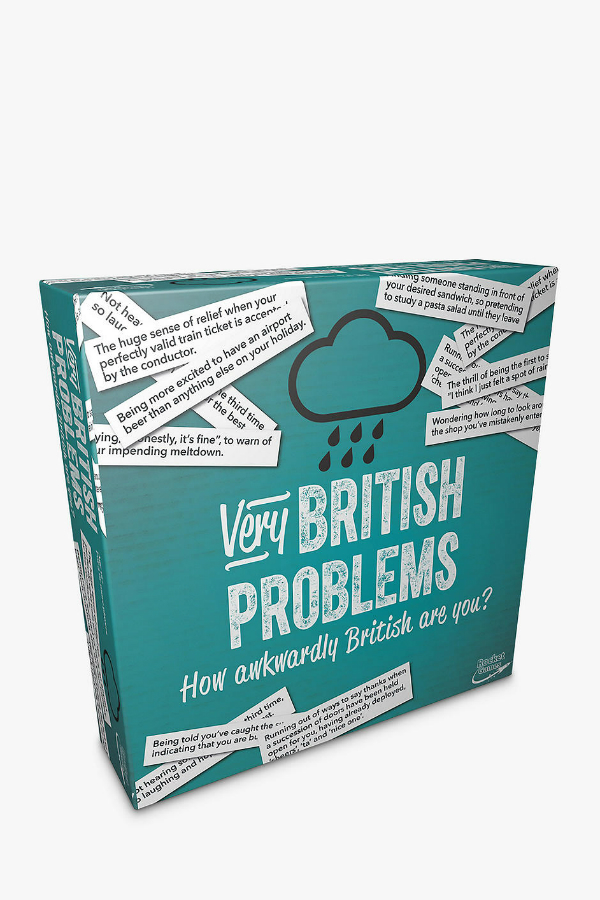 This game is inspired by the Very British Problems Twitter feed, and brings that funny vibe into the home as you discover which of you is the most awkwardly British of the group. You’ll find yourself laughing all night long with this one. 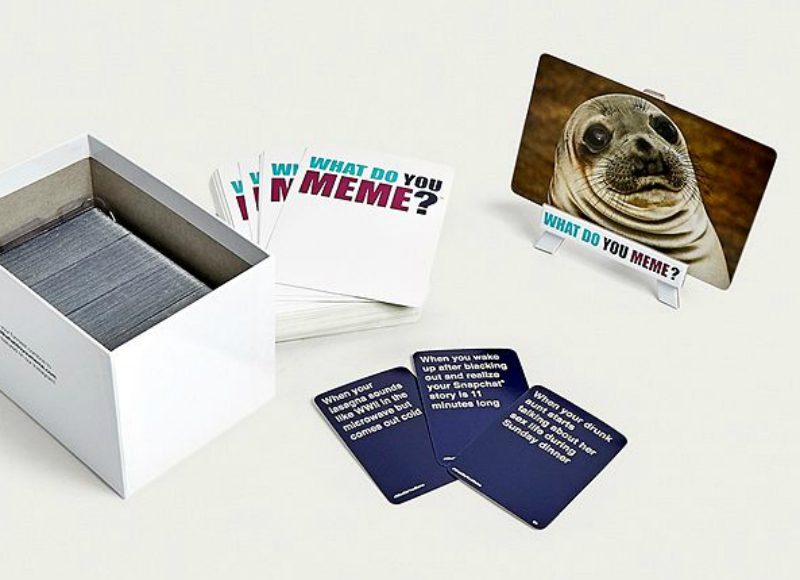 What Do You Meme? UK Edition Game, £30, Urban Outfitters

A very modern game for millennials and beyond, this card game challenges you to think of the best captions for certain images to ‘out-meme’ your competitors. It’ll certainly keep you off your Instagram feed for a good couple of hours. 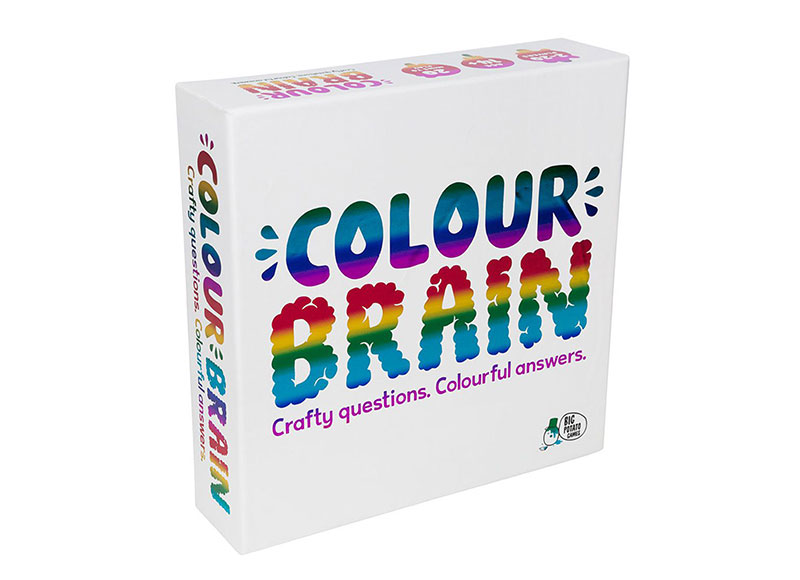 Colourbrain: The Ultimate Family Board Game for Kids and Adults, £24.79, Zatu

This is ideal if you’re not into classic quiz games and always preferred multi-choice questions in exams. The answers (which are all colours) are given to you at the beginning; it’s then your job to match them to the correct corresponding questions. 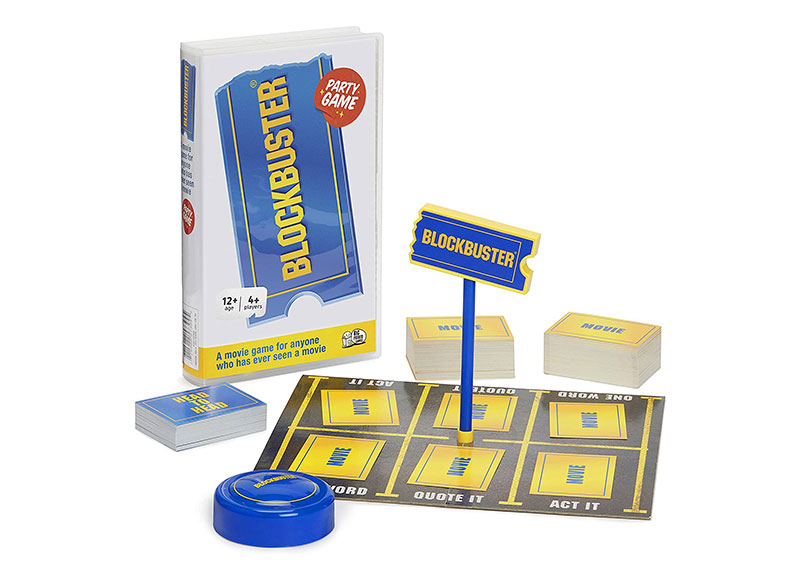 Live in a household of movie buffs? This game is the ultimate test, and will separate the mega film fans from the occasional Netflix’n’chillers. There are several rounds, and film trivia questions in there for everyone. 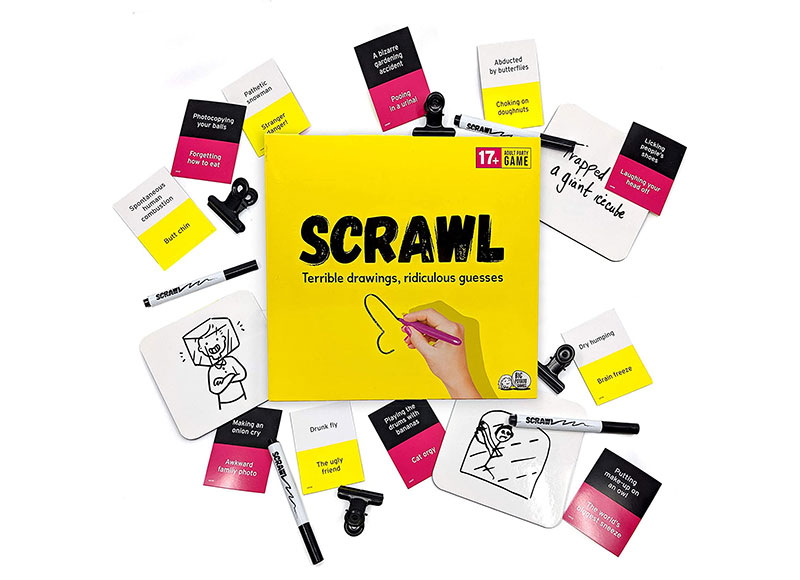 If you’re terrible at drawing, finally your lack of skills may just be rewarded. This game asks players to draw out hilarious scenarios, and the most smiles and laughs from team mates, the more likely you are to win. 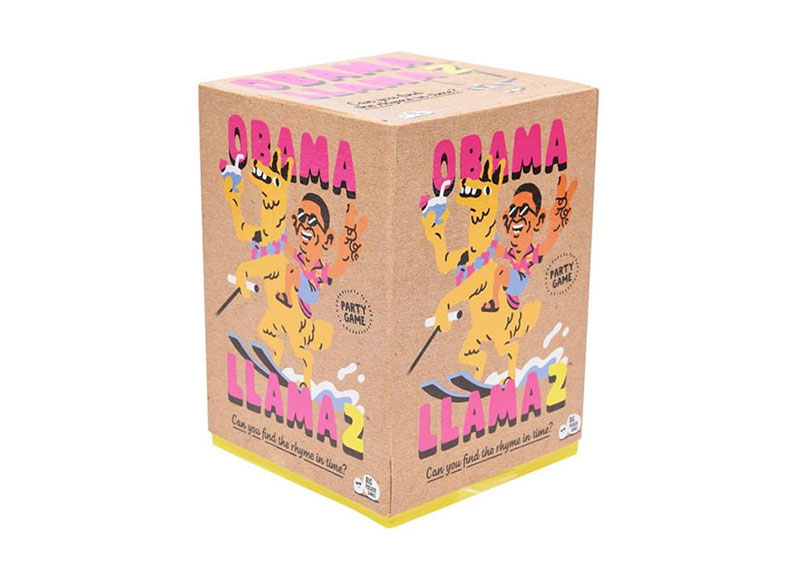 This game has everything: rhyming, acting, memory testing, and speed. Whether you draw a ‘King Kong playing ping pong’ or ‘A Pot Noodle marrying a poodle’ card, you’re guaranteed to have a good time. 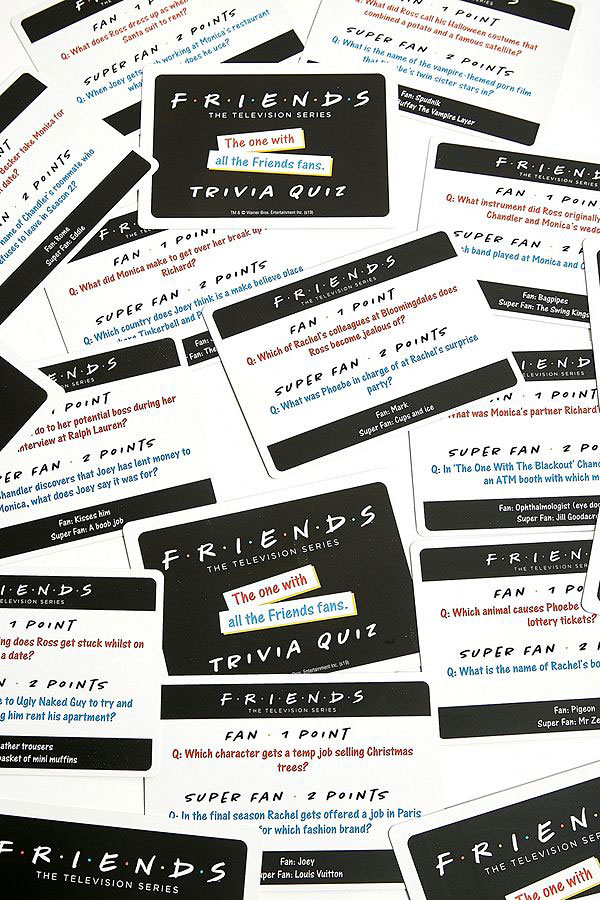 Everyone loves Friends (and if they don’t, we’re not sure you can trust them), so why not test out who’s the biggest fan with this card game, which includes 100 trivia questions about the beloved show. Don’t forget to keep score! 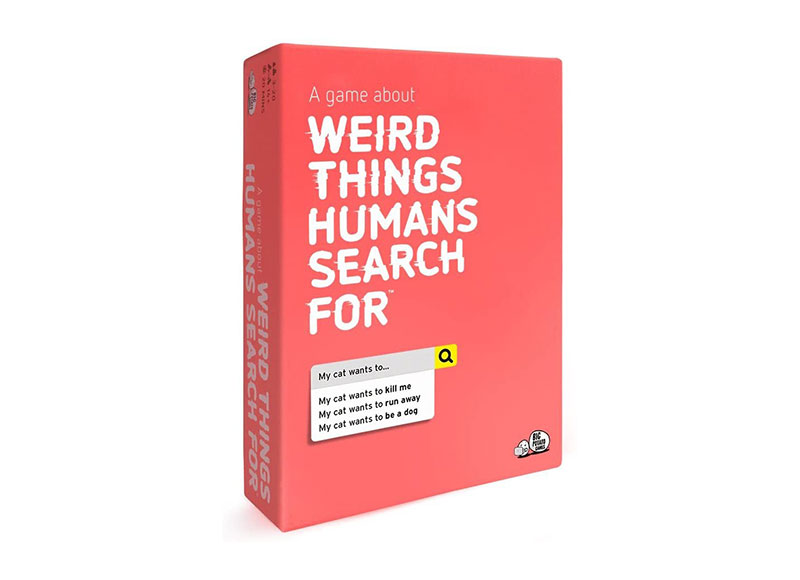 Weird Things: An Adult Board Game About The Strange Side Of Google, £21.99, Amazon

Always wondered what the weirdest things people search for on the internet are? This quick-to-learn game answers your questions in one go. Those playing will be given the start of a genuine Google search, before having to guess the ending, and the closest answer wins. Seriously, the weirder, the better. 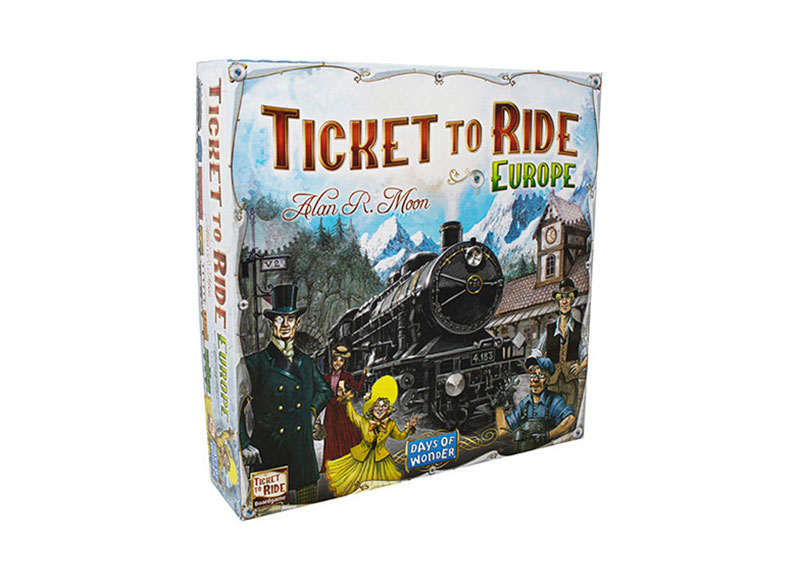 A more traditional game suitable for all members of the family and not just adults, Ticket To Ride: Europe is an extension of the original bestseller. It sees competitors attempting to build the longest train journeys through the European landscape, and will keep you busy for hours. 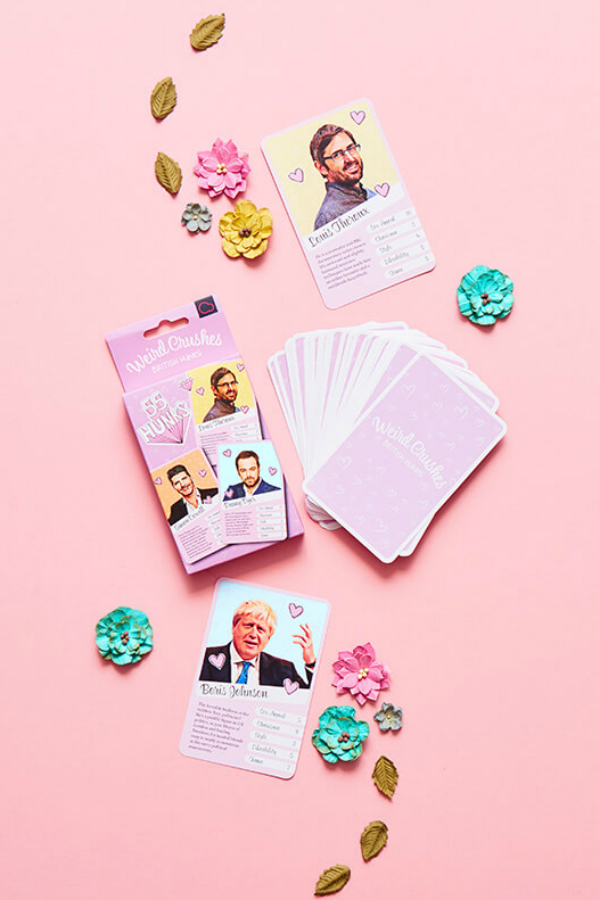 One of the funniest card games around, this British treasure will have you and your friends or family members chuckling all evening long. Whether it’s Louis Theroux or Piers Morgan, we all have an unexplainable crush, and with this game it’s a Top Trumps-style battle to find out which one comes out on top. 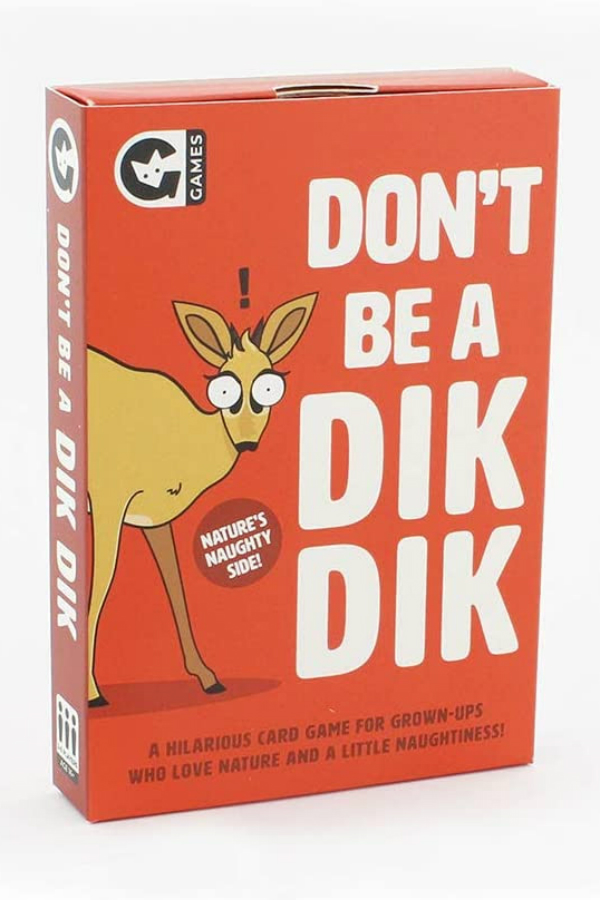 This game is perfect if you feel like being completely silly and distracted for an hour or so. Full of innuendos and rude words, the aim of the game is to get rid of your cards by pairing and swapping cleverly. If you’re left with the ‘Dik Dik’ card pair at the end, you lose!

Designed to be played with friends rather than love interests, this game sees you going on an imaginary ‘date’ with your pal, and having to answer increasingly funny and awkward questions about the other person. Really good fun. 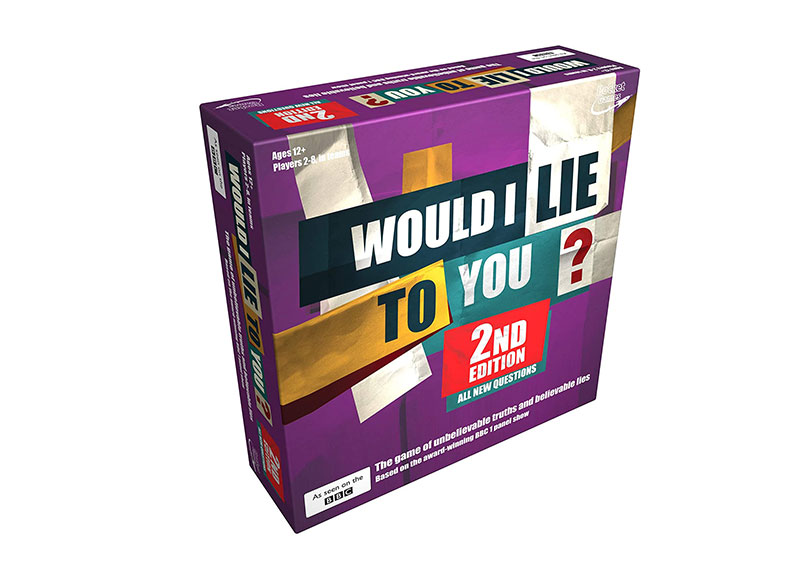 If you’re a fan of the TV show Would I Lie To You, this is the perfect game for you. Just like the show, competitors are asked to tell either truths or lies, and convince others of the opposite so as not to guess correctly. It’s smart, funny, and will test your skills of deception! 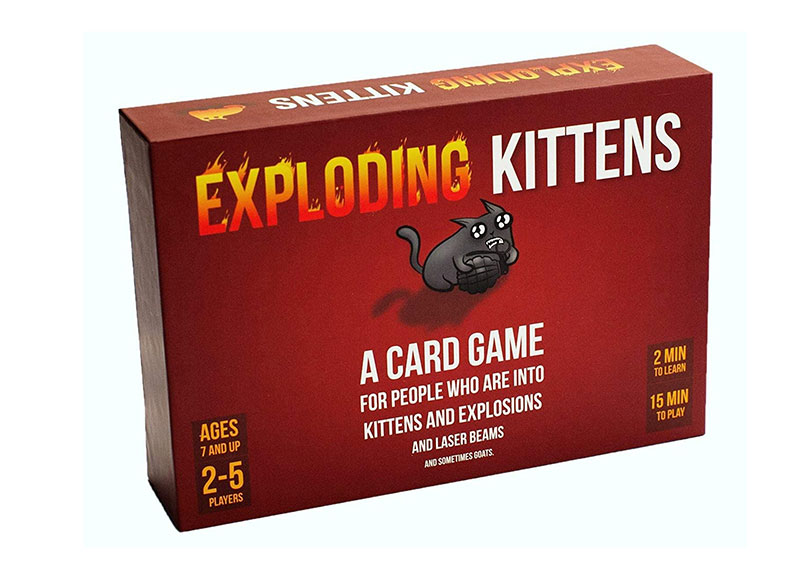 This may sound a little dramatic, but it’s actually a super fun, slightly eccentric game of Uno. The basic rules are that if you draw an exploding kitten, you lose, but there are plenty more interesting cards to get through first. You can play this with children and families, as well as just adults. 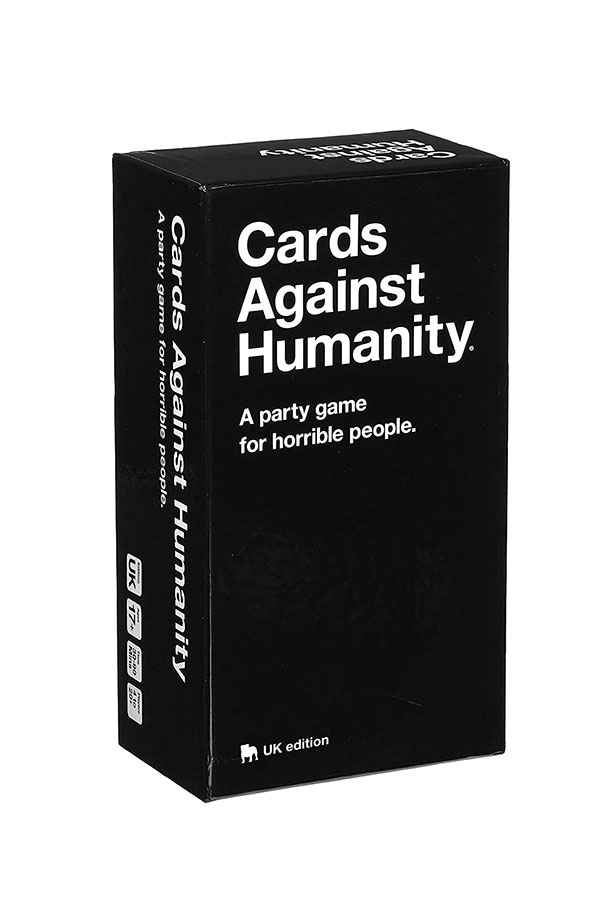 The infamous card game that is loved by the whole of the UK, Cards Against Humanity is the ultimate night-in accompaniment. If you’ve never played before and don’t know what to expect, do not buy this one if you’re easily offended: you’ve been warned. 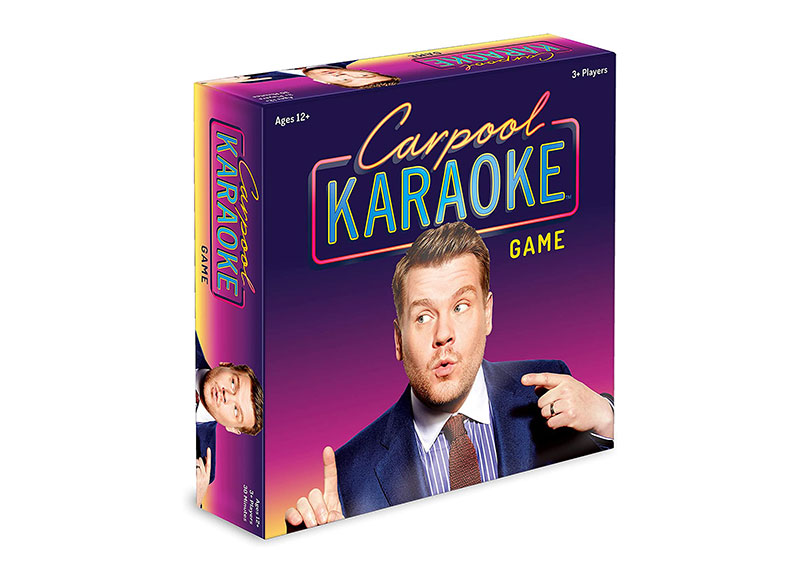 Love James Cordon’s viral celeb series? You may not get to ride in cars with stars in the board game version, but you’ll still have plenty of laughs along the way. There are three challenges in the game: Guess It, Sing It, and Finish It, each of which ask you to answer trivia questions about certain celebrities or sing and guess their songs. 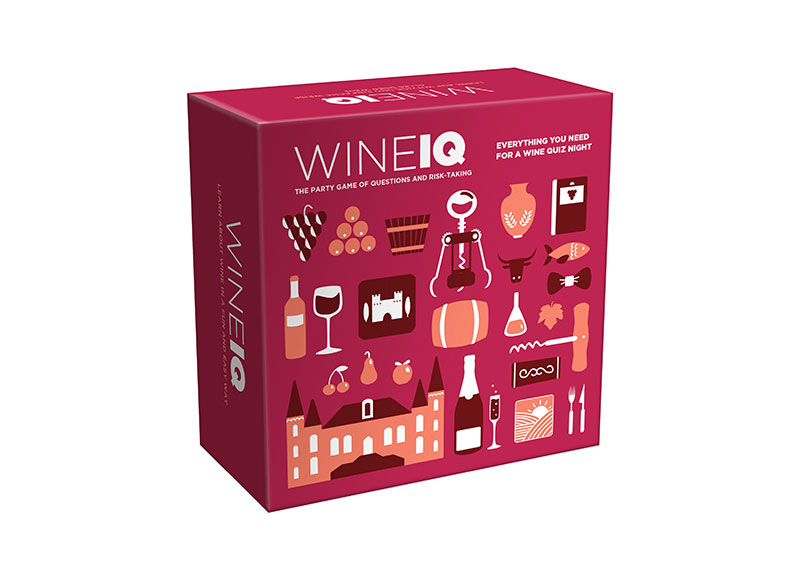 As its name suggests, this requires you to build up your wine ‘IQ’ by answering questions about it in the first round, then remembering them all and testing your memory in the second. Cheers to that! 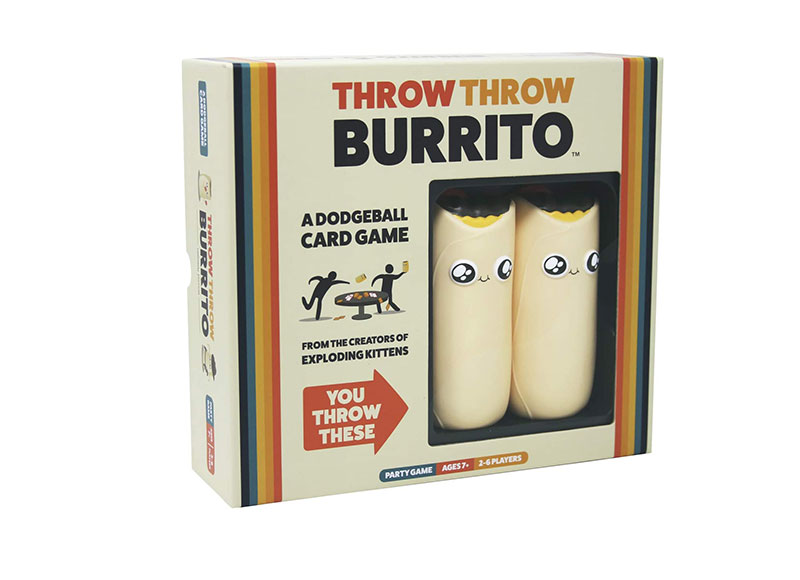 Throw Throw Burrito is basically a card game (where you have to collect matching pairs) mixed with a very weird round of dodgeball, where you must avoid rogue burritos being launched by your competitors. Sometimes, a game is just so silly, it’s simply nothing short of genius.