The toast of British TV talent flocked to London’s Royal Festival Hall last night (Sunday 13th May) for the annual BAFTA TV awards – and golden gongs aside, we spotted plenty of women who we’d like to nominate for best-dressed.

Not only did her show take home the award for Entertainment Programme, the Britain’s Got Talent judge also scored top marks for her hot pink satin gown by La Mania and twinkly drop earrings. Her best accessory? 12-year-old Lexi, (also in pink) who escorted her glamourous mother down the red carpet. 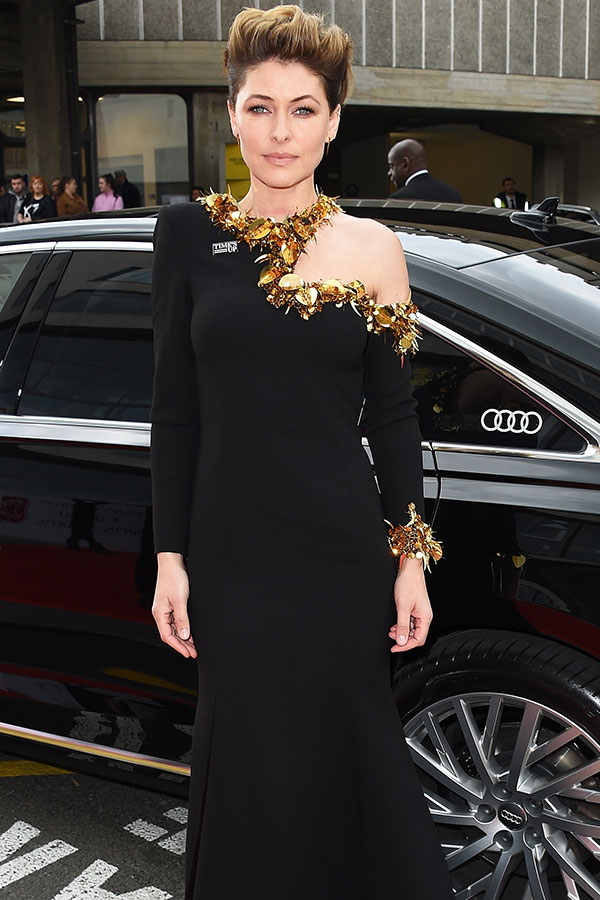 The Big Brother presenter, who presented an award alongside Dermot O’Leary, looked resplendent in an eye-catching Nedret Taciroglu dress. We’re all about that gorgeously gold neckline.

Thandie, who was nominated for the Leading Actress award for her role in BBC smash hit Line of Duty, looked fresh and floral in a fabulous printed Richard Quinn number.

Here comes the sun! The Our Girl actress shone in a strapless yellow princess dress as she presented the award for Best Entertainment alongside actor Tom Davis. Is anyone else reminded of Belle’s ball gown from Beauty and the Beast?

The newly engaged presenter looked ravishing in her billowing pink tulle gown by Costarellos – even when she tripped on its hem while making her way onstage to collect Love Island’s award for Reality and Constructed Factual.

The Crown actress – who won Best Supporting Actress for her role as Princess Margaret and made history for Netflix’s first TV BAFTA win – dazzled in sequinned Dior. 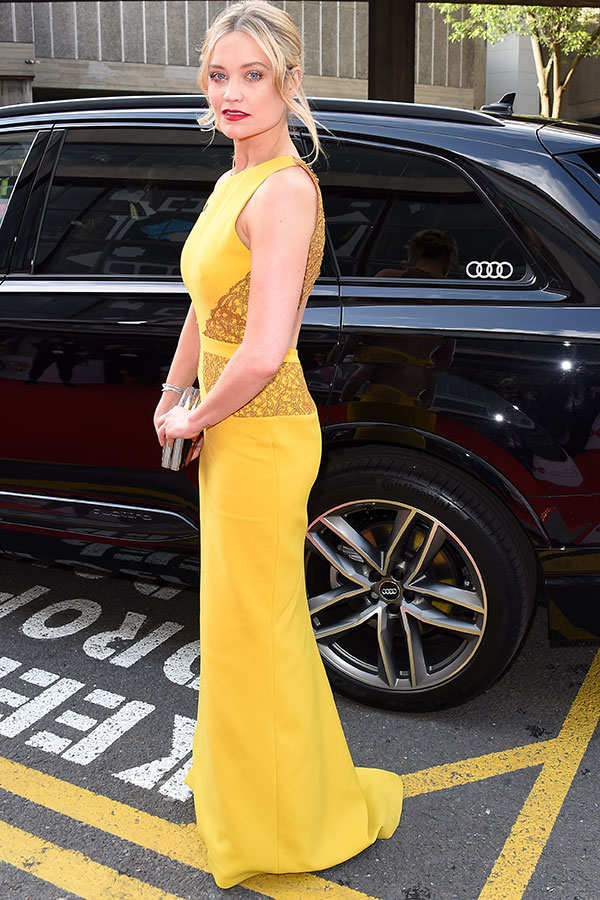 TV presenter Laura looked very mellow in her yellow dress complete with lace detailing at the waist and a cut-out lace back.

Now that’s what we call a classic red carpet look. Anna opted for a vintage 1950s mossy green ballgown to celebrate her nomination for Best Supporting Actress for her role in TV drama Broken.

Red alert! Alesha Dixon looks fantastic in this one-shoulder crimson gown – it nicely sets off the BAFTA Britain’s Got Talent picked up for Entertainment Programme.