This year in high street fashion, there was only one item of clothing that dominated our wardrobes (and our Instagram accounts): the Zara white spotty dress.

The dress, which became so popular that one woman even got married in hers, unsurprisingly caused a surge in sales for Zara, which in turn has had an impressive knock on effect for the brand’s overall profits. 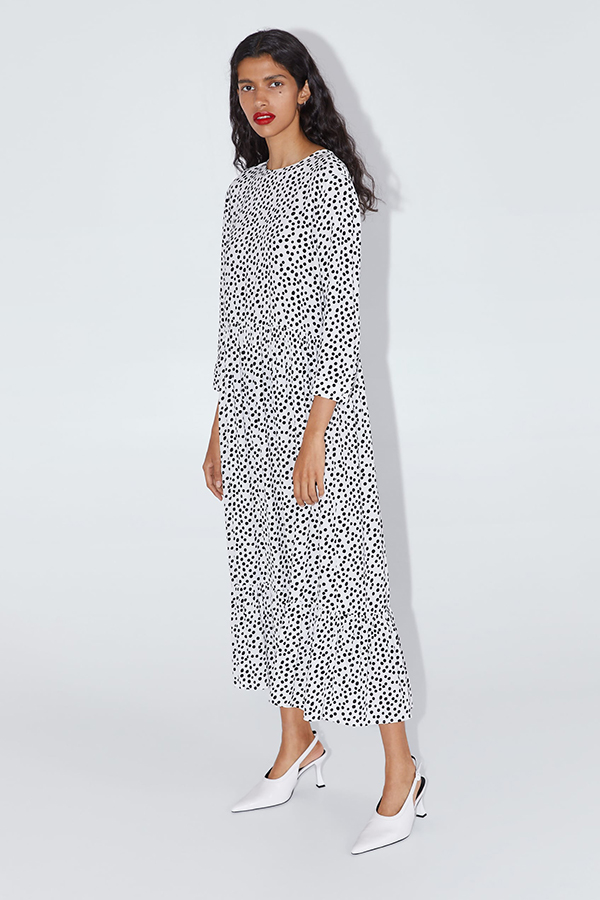 According to reports from The Financial Times, sales of the infamous polka dot dress have contributed to a leap in sales for Zara’s parent company, Inditex.

This increase in sales and profit at Zara stands out from other struggling retailers including Topshop, New Look and Marks & Spencer.

The news that Zara’s bestselling midi dress has contributed to a growth in overall sales really comes as no surprise when considering its popularity. The dress caused nothing short of hysteria since its launch in early 2019, with one woman, Gulnaz Khusneeva, who hails from Russia, even choosing to get married in it.

Khusneeva explained that her sister bought the dress for her after she had vowed to get married in something she already owned.

‘She forbade me to go to the registry office in an old dress and bought me a new dress the day before our wedding,’ Khusneeva told Huffington Post. ‘I felt happy! I didn’t need anything else: my husband, my close friends and my perfect wedding dress.’

The dress also garnered a great deal of attention on social media, even finding itself with an Instagram account dedicated solely to fans of the dress.

Zara has also created the dress in different colours since the original became so popular, including its newest addition in red.

Lorraine Kelly’s gorgeous Next dress is flying off the rails

Topshop has turned its sellout dress into a £25 blouse and...