Whatever your opinion of And Just Like That, there’s one thing that’s for sure – it’s totally revived our love for Carrie Bradshaw’s exquisite wardrobe. There aren’t many TV characters who have as many memorable outfits and iconic fashion items as she does. There’s the white tutu from the opening credits for Sex and the City, those heavenly blue Manolo Blahniks, her sparkling purple Fendi baguette bag and that newspaper dress, to name a few.

The newspaper dress, which Carrie first wore in season 3 episode 17 of Sex and the City, titled ‘What Goes Around Comes Around’, was designed by John Galliano. In fact, the infamous dress was first worn by Angie Schmidt in the designer’s autumn/winter 2000 Christian Dior runway show. Carrie, on the other hand, rocks the look when she bumps into Natasha, aka Mr Big’s wife at the time, in a restaurant.

It was perfectly fitting for Carrie Bradshaw, the newspaper columnist, to be wearing a newspaper-print dress. But regardless of our occupations, so many of us also wanted one… until we saw the price tag. The dress was estimated to cost around $1,500 at the time, so not exactly affordable.

The good news is, ZARA has just released its own version of the dress. The high street giant’s modern take includes long sleeves and an asymmetric neckline – perfect for the transition from winter into spring. 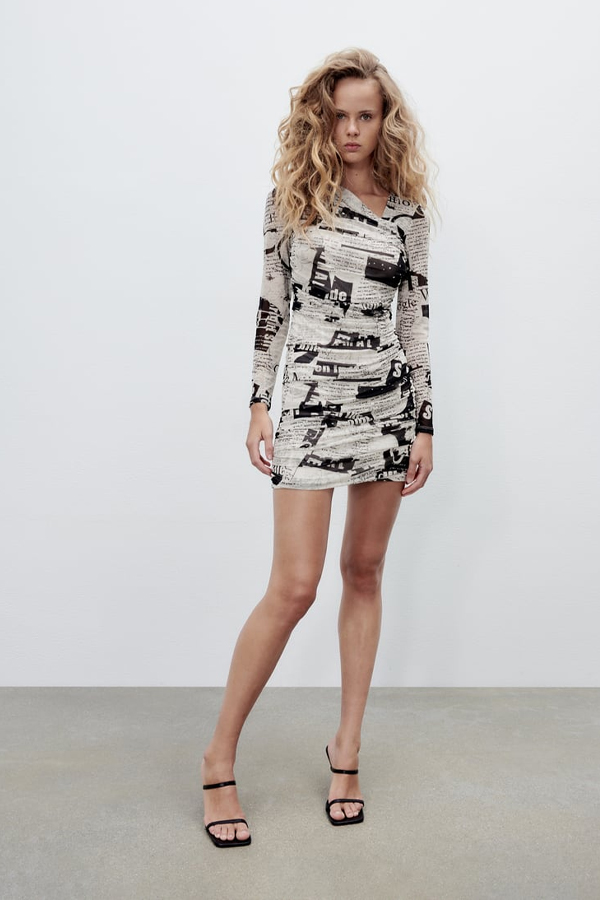 As part of its latest new-in drop, ZARA also has newspaper print trousers on sale. So you can still get the luxe look if short dresses aren’t your thing. 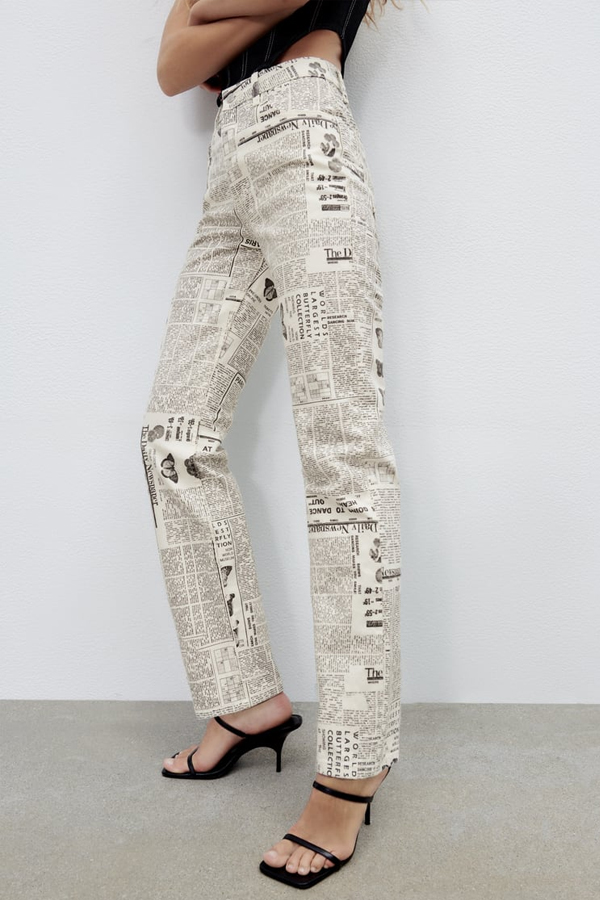 Plus, we think the jeans bear a strong resemblance to a pair from designer label Reformation. They’re a similar cut, length and even have the same fastening. 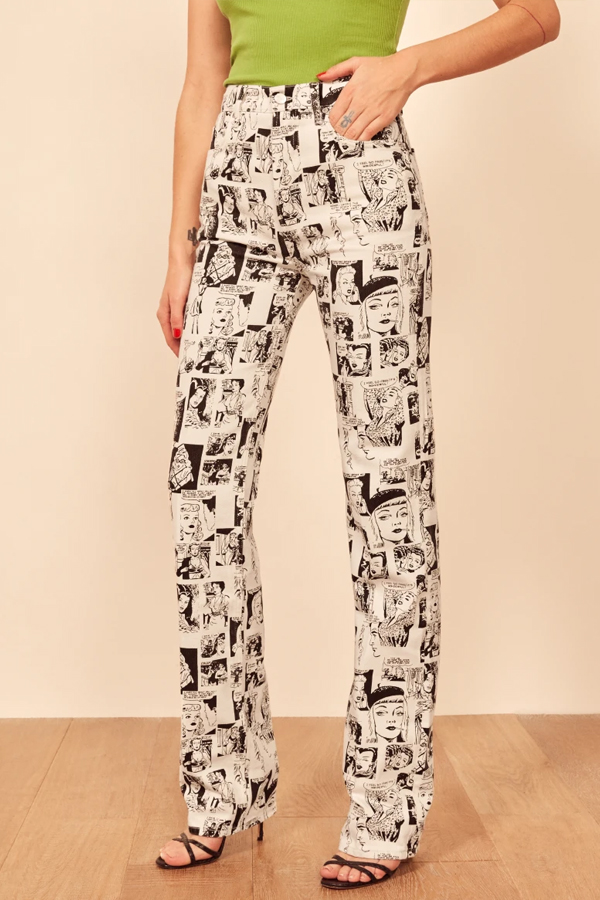 If you’re as obsessed with Carrie’s style as we are, you’ll be pleased to know she’s also been rocking a bag we can actually afford (yes, really) in And Just Like That, as well as a gorgeous designer dress for less than £200.

Why the striped midi dress is the one piece you should...

This influencer-approved Debenhams maxi dress just went into the sale

There’s a secret way to buy Zara clothes for less