Sex and the City has made a serious comeback on our radars ever since it was announced a reboot of the 90s and 00s cult TV show was in the works, called And Just Like That. Let’s be honest, who else has taken this as a sign to rewatch all six seasons of the show? As well as all of the iconic quotes and characters, the show is renowned for its iconic outfits, too.

It’s fair to say Carrie Bradshaw had somewhat of a shopping addiction, but there was one designer whose name came up multiple times… Manolo Blahnik. Carrie had a few pairs of Manolos, but how could anyone forget when Big kneels down in front of her in the first Sex and the City film and proposes with those blue pumps.

An engagement ring? No thanks, we’ll take a pair of cobalt blue, satin silk, bejewelled Hangisi Manolo Blahnik pumps instead. As much as we wish we could copy Carrie Bradshaw’s style file and buy a pair for ourselves, the original shoes will set shoppers back a not-so-affordable £795. 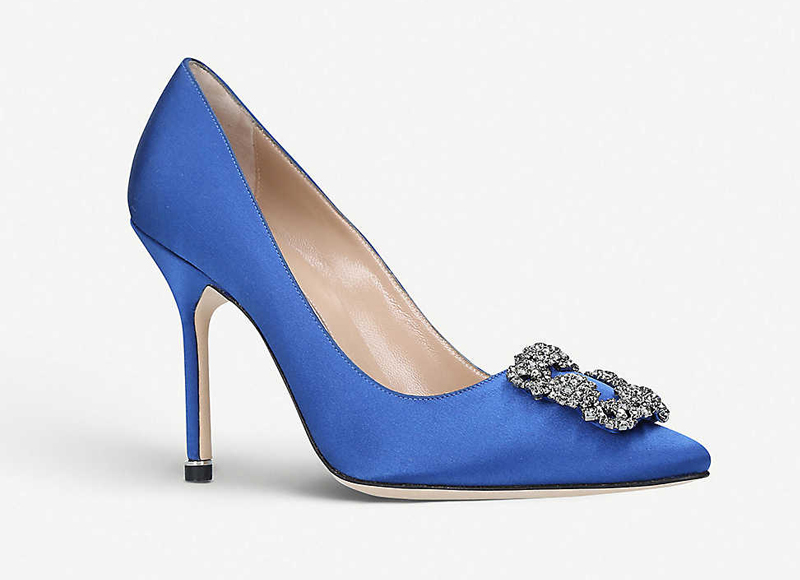 Luckily for us, ZARA has done a pretty good job at designing a pair of cobalt blue slingback heels that look very similar. The heel is much lower (5cm tall to be precise) making them easier to walk in. Well, we don’t all have Carrie’s expertise.

The ZARA shoes are complete with a jewel on the front, which is in almost the same shape as the Manolo Blahnik heels. 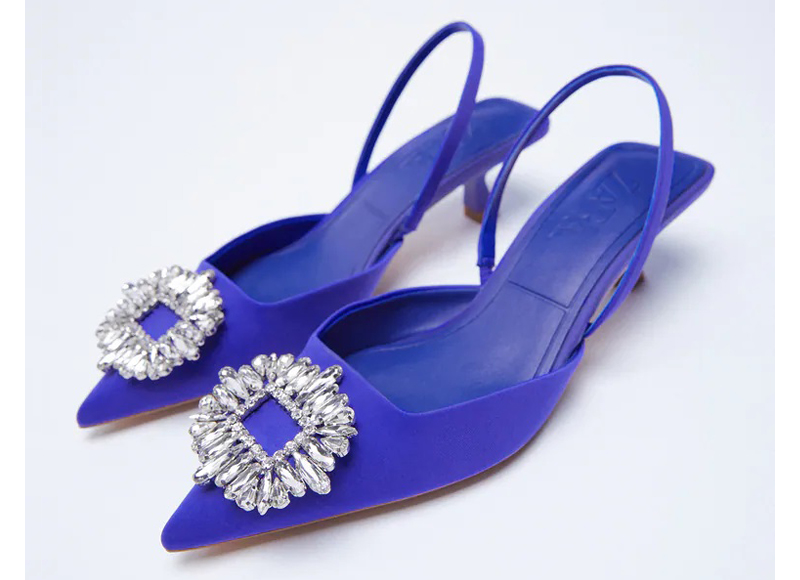 Priced at just under £60, you can achieve a designer look for much less money. If the blue doesn’t take your fancy, ZARA also has the Manolo Blahnik dupe heels available in a hot pink that we love just as much.