YSL’s Touche Éclat illuminating pen has been an absolute hero product for thousands of us since it launched in 1992. But while it is great for highlighting cheek and brow bones, and providing under-eye brightness when layered on top of a matte concealer, most users will know that it has never been enough to conceal a bad night’s sleep when used on its own. Until now, that is.

Yes, that’s right – YSL has confirmed that it is set to launch a high coverage version of its arguably most popular product later this month, on 13 February.

The new pen, YSL Touche Éclat High Cover Radiance Concealer, will combine the glow-enhancing benefits of the original with a greater concentration of pigment so it can be used to cover up dark circles, blemishes and scars. Praise be to its mighty makers!

Introducing the magic powers of the revamped product, Tom Pecheux, makeup pro and Global Beauty Director for YSL Beauté said: ‘This is the perfect high coverage concealer, yet natural looking. Sometimes, putting on a foundation can feel a little thick, especially if your skin is in great condition but all you need is a little spot coverage.’ 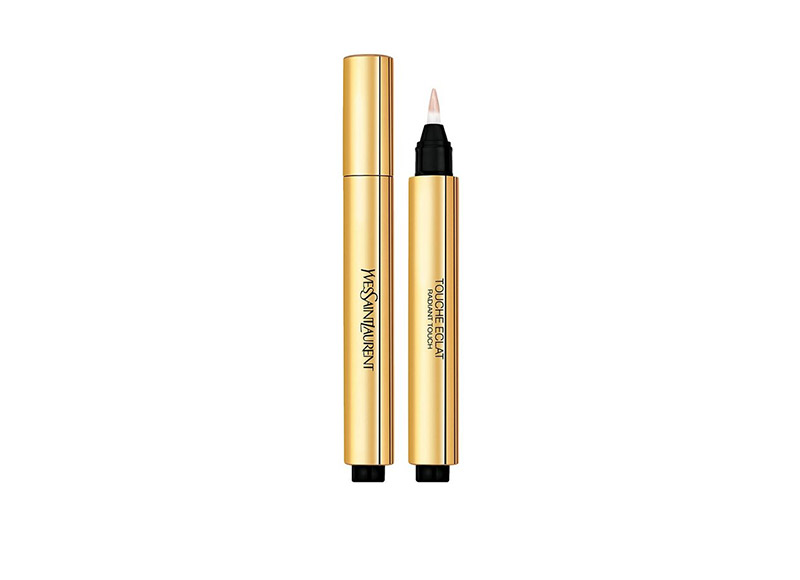 Like other concealers, the high coverage Touche Éclat can be dabbed onto blemishes and applied to tired under eyes, and even used on your eyelids as a base before applying your eyeshadow.

But the formula also has great health benefits for the skin generally, with ingredients such as protective vitamin E, microcirculation-rejigging caffeine and soothing Moroccan calendula extract. Coupled with the classic take-anywhere pen application and gold packaging, it’s hard to imagine any beauty fan who wouldn’t want to give it a go.

YSL Touche Éclat High Cover Radiance Concealer will be available in 16 shades, ranging from Vanilla and Sand to darker tones like Mocha – all of which promise instant, and quite brilliant, results.

Touche Éclat High Cover Radiance Concealer, £26, will be available exclusively at Debenhams from 13 February 2019 and nationwide from 27 February 2019.

BEAUTY KNOWHOW: Time to get tooled up

This £2 make-up sponge has an incredible 8,000 reviews

Ashley Graham swears by this £6.75 balm for perfectly soft lips

This £6 hair saviour is the most popular beauty product of...

These were officially the most popular beauty products during lockdown

The anti-dandruff shampoo that sells every four seconds now comes...