When Line of Duty reached its grand finale after six series last year, it caused a real commotion. Whether viewers were thrilled or disappointed with the ending, one thing was for sure: they’d been completely hooked all the way along the award-winning police drama, which aired from 2012 to 2021.

Now, one of the show’s biggest stars, Martin Compston, has given fans an exciting update on the show by saying there’s ‘definitely scope’ for another series. 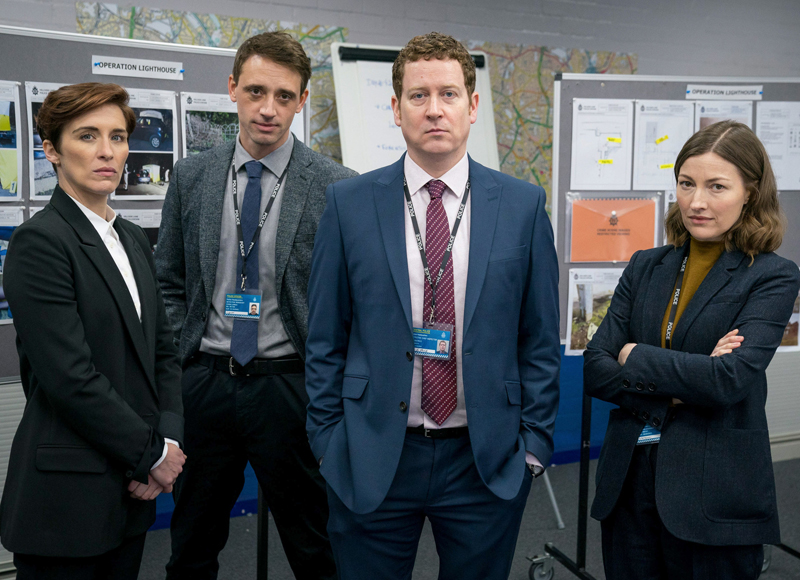 BBC Pictures’I’m delighted with the response,’ he told The Chris Moyles Show. ‘People are now really intrigued to see if there is another one, but there’s nothing changed for us in terms of where we’re at after we finish a series.

‘We always take a year between [seasons] at least. The dust settles and [creator Jed Mercurio] figures out whether there’s a story to tell,’ he continued. ‘So I’m delighted that people are so excited and so desperate to find out but, as I say, this is what we’ve done after every series so we’ll just wait and see what he thinks.’

Martin went on to say he’d be well up for the chance to reunite with the cast and crew, especially since the last season was filmed during the pandemic. ‘It’s no excuse to do a show because you want a night out or whatever, but it’s such a sociable show in terms of us, pals, and going out with crew and all that stuff,’ he said.

‘We filmed the last one during Covid-19 and it was a tough shoot and kind of miserable, because we were one of the first jobs back. We couldn’t even mix with each other,’ Martin continued. ‘So I think for us, it wouldn’t be nice to go out that way. We’d like to do one more with everybody. And that’s no reason to go back but I think there’s definitely scope for it.’

Vicky McClure also gave fans an exciting update on the show at the beginning of the year, saying she is ‘game’ for a seventh season.

Speaking to The Guardian, McClure was asked whether the return of AC-12 is on the cards, replying: ‘I don’t know! I don’t know, there’s no word of it. I think we’ve all been really honest and said should that happen, we’re all game.’

Vicky added that having her co-stars Martin Compston and Adrian Dunbar on board would definitely sway her. ‘I’ll just stick with the guys,’ she said. ‘I think when it comes to a close, it will be a natural close for us all.’

The show’s creator Jed Mercurio is said to only want to film another series once Covid restrictions are completely out of the way.

The BBC’s controller of drama commissioning Piers Wenger has previously said that Mercurio ‘hasn’t committed’ to writing any episodes currently. At a press conference, Wenger added that Mercurio would rather wait to produce a follow-up when coronavirus was no longer ‘a thing’, because ‘production was particularly impacted in the making of series six’.