It’s been a while since we had a new online game that went so viral that it entered our daily lexicon. But, move over Candy Crush because there’s a new highly addictive puzzle game in town: Wordle. 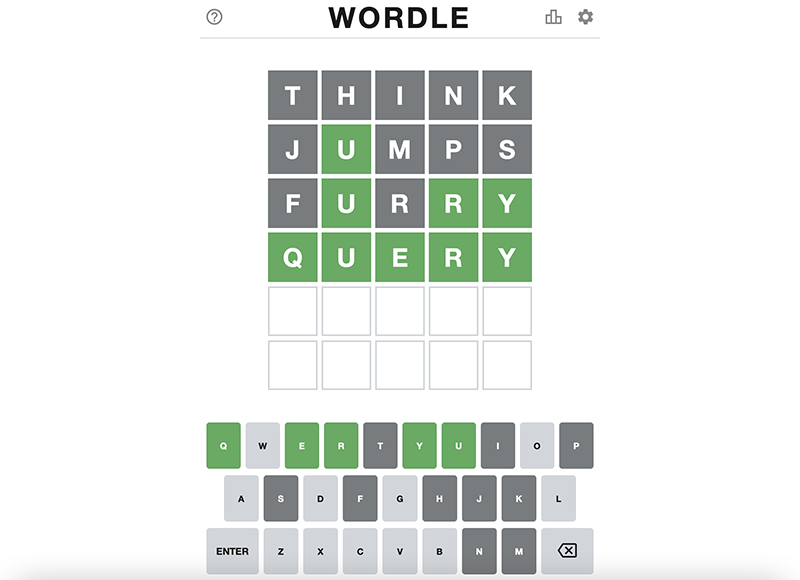 Already attracting celebrity fans (Richard Osman and Jimmy Fallon are already Wordle addicts), Wordle is a daily word game in which you have to guess a five-letter word in six tries or less (the fewer tries the better). 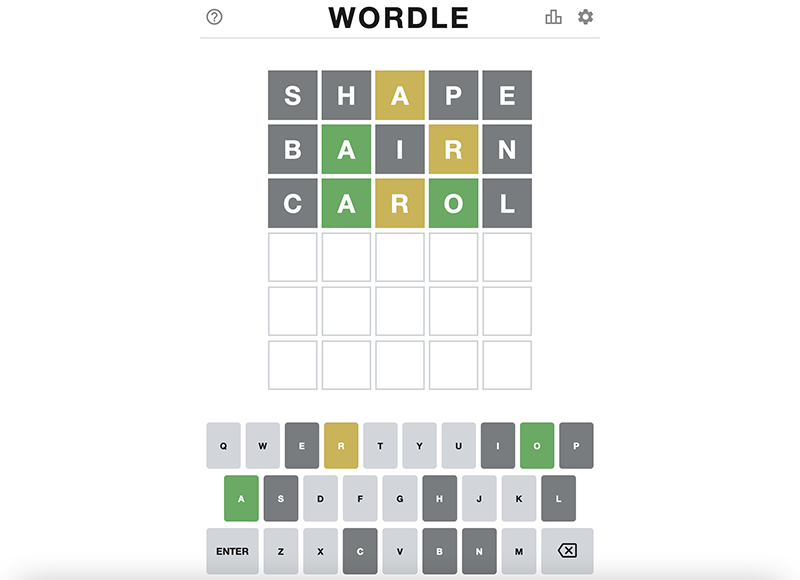 The game was originally developed by New York City-based software engineer Josh Wardle for his partner, who loves word games. After playing the game for months, Josh decided to roll it out to the public in October. Ninety people played on 1 November; by 2 January 2022, 300,000 people were attempting to guess the Wordle of the day.

While Josh’s version is only accessible via a web browser and generates just one mystery word a day (meaning it doesn’t take over your whole day/life), fans of the game soon developed several app versions with limitless games, so you can keep playing all day long (although these imposter versions have since been removed from the App Store).

With everyone guessing the same word each day, there’s a community feel to the game. Players like to share their scores on social media (mainly Twitter) via cryptic grey, yellow and green squares that show how many guesses it took them, without revealing the word or any of their guesses (which has led to much confusion for the Wardle-uninitiated).

But now you know the score, head to to the Wordle webpage and join in the word-guessing fun.