HP Sauce has been a solid part of British foodie culture for decades. The brand is actually celebrating its a big birthday this year, marking 160 years since its creation. But surprisingly, few of us (including many in the You office) are aware of what HP actually stands for.

The 160 year old condiment is actually called ‘Houses Of Parliament’ sauce, which has been shortened to HP on bottles and in marketing campaigns. Despite the image on the label, this may come as a surprise to many, as it’s rarely talked about or called by its original long form name.

But you may be wondering how this came to be, and why the sauce is named after the Houses of Parliament in the first place. The brand’s website explains that it found its name after the brown sauce was apparently once used in the restaurant at the Houses Of Parliament at the turn of the 20th century.

Impressively, 28 million bottles of the stuff are consumed each year, and if stacked on top of each other, they would reach the same height as 6189 Houses of Parliament! In short, it’s seriously popular with us Brits.

If the real name of HP Sauce surprises you, you may also be interested to know about some other intriguing foodie label facts:

It was recently revealed that the Toblerone label actually features the shape of a bear within its mountainous logo. Look closely, and you’ll see it. 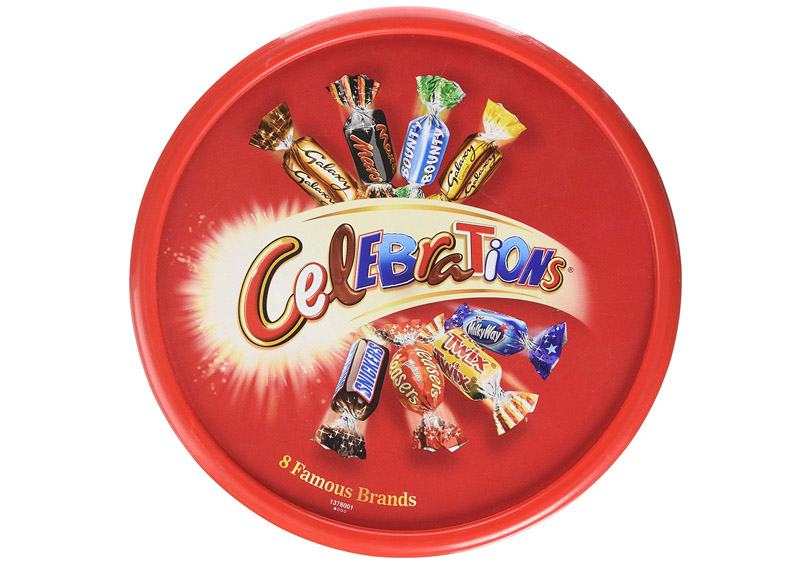 Last Christmas the fact that the Celebrations tin of chocolate’s logo was made out of each individual chocolate wrapper went viral.

Unknown to many, the Fed Ex label, designed way back in 1974, features the shape of an arrow between the E and the X. Once you see it, you won’t be able to un-see it…!

The Amazon logo has an arrow in it, pointing from the A to the Z in the word Amazon, apparently to represent Amazon’s A-Z approach to selling pretty much everything you could think of. Who knew?!

The correct order to put jam and cream on your scones...

Sainsbury’s festive food offerings include an edible cracker and wreath

Mint Maltesers buttons are coming to a supermarket near you