In the run-up to the launch of her own beauty line, Victoria Beckham has been sharing plenty of behind-the-scenes updates with her fans, including her go-to tips and tricks for glowing skin and flawless make-up.

As you might expect, many of her most-loved products are on the expensive side, but in her latest Q&A, the Spice Girl-turned-fashion designer surprised everyone with a budget-friendly idea that will make any moisturiser go even further.

When asked by an Instagram follower to recommend her favourite item of skincare, Victoria responded: ‘Obsessed with this new @augustinusbader body cream that I ordered from @violetgrey. It has the same trigger factor complex found in the face cream but now for the body. Video in the next story of how I’ve been using it.’

On the Augustinus Bader website, an 170ml jar of The Body Cream, which uses regenerative medicine and stem cell science to promote the appearance of firmer, plumper, more toned and even skin, is priced at £130. But true to her word, Victoria posted a clip showing that she’s been mixing the balm with organic coconut oil, ‘for extra moisturising’.

In the short film, the star can be seen dripping liquid coconut oil from her fingers into the open tub, therefore extending the volume of the product and making each application go even further.

Coconut oil has long been known for its universally impressive beauty properties; it can be used for everything from cleansing the face to creating a simple but effective mask for stressed-out hair.

Victoria’s idea is a great one is you’ve invested in a body moisturiser that you want to squeeze every last drop from – not only will get you get the additional nourishing properties, a pot of organic oil costs as little as £8.99 from stores such as Holland & Barrett, making it an affordable ingredient to mix with more luxe formulas. 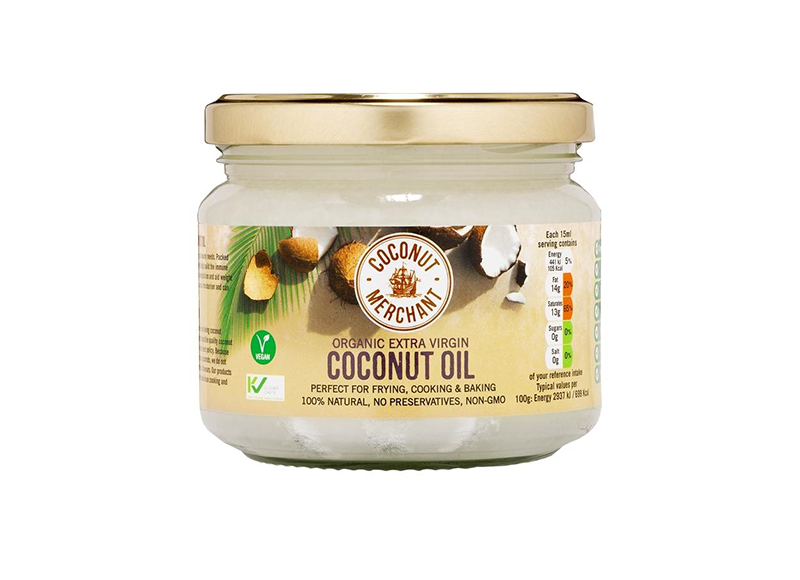 It’s not the only time VB has let us in on an purse-friendly fix – she’s also revealed in previous interviews that she loves Weleda’s Skin Food moisturiser, a heavy-duty intensive moisturiser that also counts Adele and Rosie Huntington-Whiteley amongst its devotees. And at £8 per tube, we can certainly afford to follow in their footsteps.