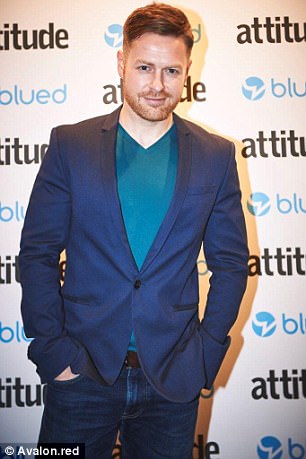 Guilty pleasure? Watching Netflix, from House of Cards at one end of the spectrum to RuPaul’s Drag Race at the other.

Where is home? I’ve lived most of my life in London and have a house in Ealing, although I was born in Gdansk, Poland.

Career plan B? I’m a keen artist, which is something I’m trying to develop. I am currently writing and illustrating a children’s book.

Who would play you in a movie of your life? Dermot O’Leary, because people always think I look like him.

As a child you wanted to be… A shark scientist – I’m absolutely obsessed with sharks.

Earliest memory? My first day at school in Fulham when I was four.

Secret to a happy relationship? I’ve absolutely no idea because I’m not in one.

Your best quality? Creativity. I can conjure up things from almost nothing.

And your worst? Impatience. Everything’s got to be ‘right now’ and sometimes that can be annoying.

Last meal on earth? Something involving chips and avocado, my two favourite things, plus champagne.

Advice to teenage self? You know best. People used to tell me not to study meteorology as I’d never get a job, but I knew at 15 it was what I wanted to do.

Cat or dog? I would like a dog, but working shifts makes it impossible. When I lived in Poland I had a basset hound who was very stubborn but good fun.

What do you see when you look in the mirror? As I have to get up at 3.30am, I’m too sleepy to see anything.

On a day off we’d find you… In the gym and the park.

Starstruck moment? I don’t think I’ve ever been starstruck or had a celebrity crush.

Career highlight? Being the youngest-ever male BBC weather presenter in 2001 when I was 22.

Favourite weather? Apart from sunshine, I like spectacular storms that make the hairs on the back of my neck stand up.

Hangover cure? Prevention is better than a cure, which in my case means sticking to vodka and avoiding wine.

Top of your bucket list? I’m hoping to go diving with great white sharks this autumn off the coast of South Africa.

One thing that would make your life better? A more regular sleep pattern. Doing different shifts is like being jet-lagged all the time.

Last film that made you cry? I cried with laughter at Sausage Party.

Where would you time travel to? The future, to see if we have overcome our differences and are living in some fantastic, high-tech utopia.

First record you bought? The theme song to Fraggle Rock.

Most extravagant purchase? A gold leather pouffe from Harrods. It didn’t go with anything when I got it and still doesn’t – I have no idea why I bought it.

Happiness is… For me it’s about being at peace with yourself.