As a new exhibition reveals the heartbreaking untold personal stories from the so-called ‘Ship of Dreams’, Kate Thompson discovers why, 110 years on, the Titanic still holds us in its thrall.

Screams. The pounding of feet. An ominous creaking. Four-year-old Louise Kink can’t make sense of what is happening. Her mother, also called Louise, and father Alfred have shaken her awake in the dead of night, hastily put on her boots and swept a blanket around her. Up on deck, it is icy cold. She feels her mother’s arms tightly wrapped around her as they are lowered down into a lifeboat. 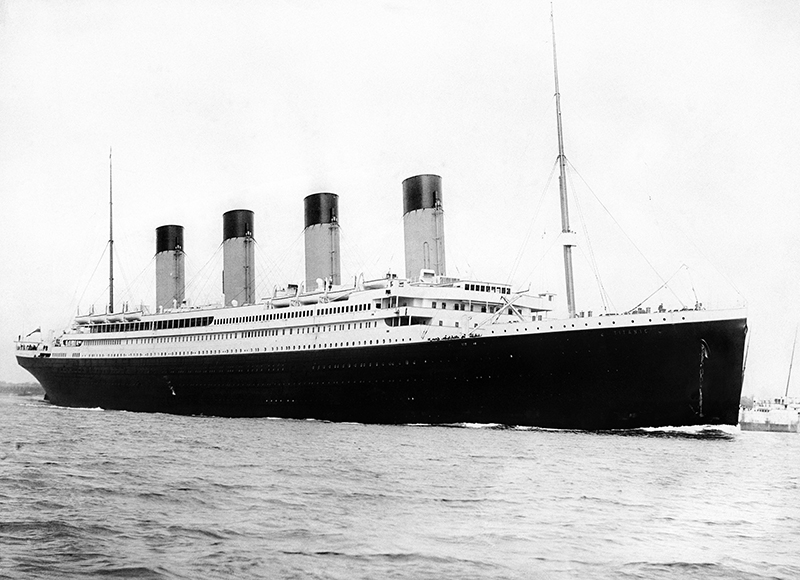 ‘Papa,’ she calls. He is being held back by a crowd of seamen who have formed a protective chain around the lifeboat. Her mother screams hysterically. At the last minute, he breaks through the human chain and leaps aboard. They are then rowed away on Lifeboat Number 2, and can only watch, mute with horror, as 30 minutes later, at 2.20am, the mighty hulk of RMS Titanic slips beneath the black waters.

Eighty years later, when Louise, aged 84, dies in her bed in Wisconsin, her daughter Joan Randall finds a dusty box in the loft. An old pair of boots. A moth-eaten blanket. It is all that remains of the terrifying ordeal her mother survived but rarely spoke of.

Today, you can see those shoes at Titanic: The Exhibition in London’s Docklands, one of 200 exhibits on display, alongside full-size re-creations of rooms in the ship, built to give visitors a more immersive experience. It is a tantalisingly tangible link to the past.

The sinking of the ‘unsinkable ship’ undoubtedly still grips our imaginations– so much so that an old pair of children’s shoes worn on board is now estimated to be worth £10,000. This year marks 110 years since the Titanic hit an iceberg on 15 April 1912, and in that time the doomed vessel has spawned countless myths, hundreds of books chronicling the disaster and, of course, James Cameron’s 1997 Oscar-winning film Titanic with Kate Winslet and Leonardo DiCaprio. In our quest to get to get closer to the so-called ‘Ship of Dreams’ it is important not to overlook the deep human tragedy at the heart of its story. There were 2,208 people on board (1,309 passengers, 899 crew). Out of that total, 1,496 perished, 51 of them children. Are we turning a disaster into a Disney experience?

Titanic historian Claes-Göran Wetterholm, 69, from Stockholm, who curated the new exhibition, disagrees. ‘It is important to look again at the tragedy and dispel some of the myths,’ he says. For example, the idea that most of the passengers were British, Irish or American. ‘The fifth largest passenger group were Arabs,’ he says. ‘They came from Syria and Lebanon in search of new lives, travelling by boat to join the Titanic at Cherbourg.’

The long-held narrative of ‘women and children first’ in the lifeboats doesn’t always bear resemblance to the truth either, according to Wetterholm. ‘While the story goes that those who survived were women and children, it’s not true: 323 men survived, 80 per cent of them got on lifeboats from the starboard side. They survived because first officer William Murdoch, who evacuated that side, didn’t prevent them from getting in.

‘On the port side, second officer Charles Lightoller had the rule of women and children first and he took it literally. One boat that could take 65 people rowed away with 28, leaving men behind. Over on the starboard side, it was a different story. On the last boats to leave, the majority were men.’

Another perception the exhibition shatters is that the third class accommodation was grim. ‘Actually,’ says Wetterholm, ‘it was clean and freshly painted. The food was excellent and they even had flushing toilets, unheard of for 1912. The stewardesses in third class had to teach people how to use them.’

And contrary to the gut-wrenching scenes in the film Titanic, ‘those in third class weren’t locked in’. However, such was the difficulty in navigating the vast ship from the lower levels, he says, ‘most couldn’t find a way out as they hadn’t been shown how to get up on deck’.

Wetterholm has spent decades studying the story of the Titanic, delving deep into archives around the world and interviewing survivors. Sadly there are no more opportunities to capture these stories; the last survivor of the Titanic, Millvina Dean from Hampshire, died in 2009 aged 97.

Millvina was just nine weeks old when she was placed in a canvas mail bag and lowered into a lifeboat. Her mother and two-year-old brother survived, but sadly her father didn’t.

When I interviewed her shortly after the film Titanic was released I found a woman astounded by the interest in her life. ‘I refuse to see the film,’ Millvina told me, despite being invited to its premiere. ‘It would have made me think, did [my father] jump overboard or did he go down with the ship?’ When I visited her in the street named after her in Southampton, she asked: ‘Why do people look at me as a sort of celebrity?’

Wetterholm believes our fascination with the Titanic stems from the fact that ‘we identify with the people on board. It could have been me or you and we ask ourselves, “Where would I have been– sipping champagne in first class, or bunking down below decks in third class? Would I have died or survived?”’

Walking through the exhibition, every object connects you to a person who was on that voyage. Like the wedding ring of Swedish third-class passenger Elin Gerda Lindell, 30. She and husband Edvard, 36, had been planning new lives in Connecticut. However, when the ship began sinking they’d struggled up the sloping deck and slid into the water.

Edvard managed to get on to a lifeboat and reached for his wife’s hand but, explains Wetterholm, ‘as he tried to pull her in without capsizing the boat, tragically, he dropped her and Elin disappeared into the icy depths [it’s estimated that 90 per cent of those who died didn’t drown, but with the temperature of the water a perishing minus 0.5 degrees, they froze to death]. Because it was so incredibly cold and her fingers so frozen, her wedding ring slipped off her finger and dropped into the boat.’

According to the lifeboat’s survivors, Edvard died of pneumonia that night and his body joined his wife’s in the water. After being left to float adrift, when the boat was recovered a month later, alongside three decomposing bodies was the ring. Wetterholm tracked down Elin’s surviving family and persuaded them to allow him to display the ring, which had been returned to her parents in Stockholm all those years ago, and to tell its tragic story.

It’s these tiny personal objects salvaged from the Titanic that pack the biggest punch. A cigarette tin. A postcard. A third-class ticket that cost £8, the equivalent of a year’s wages for a working-class person. A ticket that would have been grafted for with dreams of a new life in America, but which tragically in so many cases ended before it had even begun.

‘There is a saying that you die twice. Once when your heart stops beating – and then when someone says your name for the last time,’ says Wetterholm. ‘By telling the story of these people, we are keeping their memory alive.’

THE REAL LIFE JACK AND ROSE 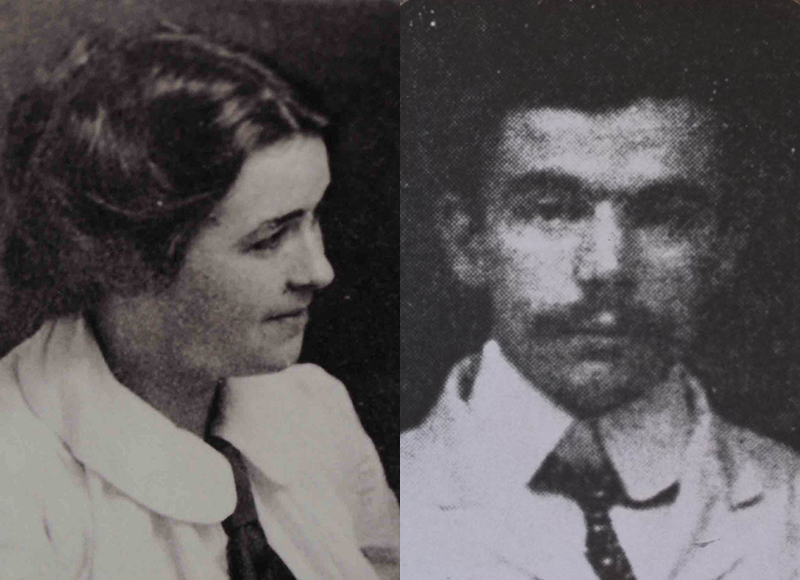 Believed to be the inspiration behind lovers Jack and Rose, played by Leonardo DiCaprio and Kate Winslet in the Oscar-winning film Titanic, Henry Morley, 39, and Kate Phillips, 19, began an affair when she worked for his confectionery firm in Worcester. Despite the age gap, they ran away together, boarding the Titanic under fake names with dreams of a new life in California. 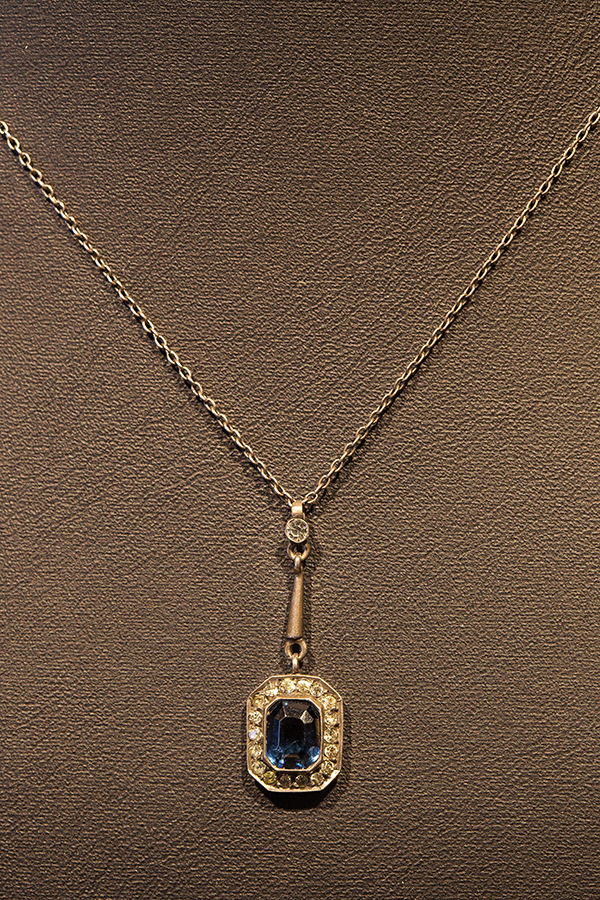 However, only Kate survived the sinking and when she arrived in New York she found she was pregnant with his child, conceived on the ill-fated voyage. For the rest of her life she treasured the pendant (above) given to her on board by Henry.

REMINDERS OF THAT TRAGIC NIGHT 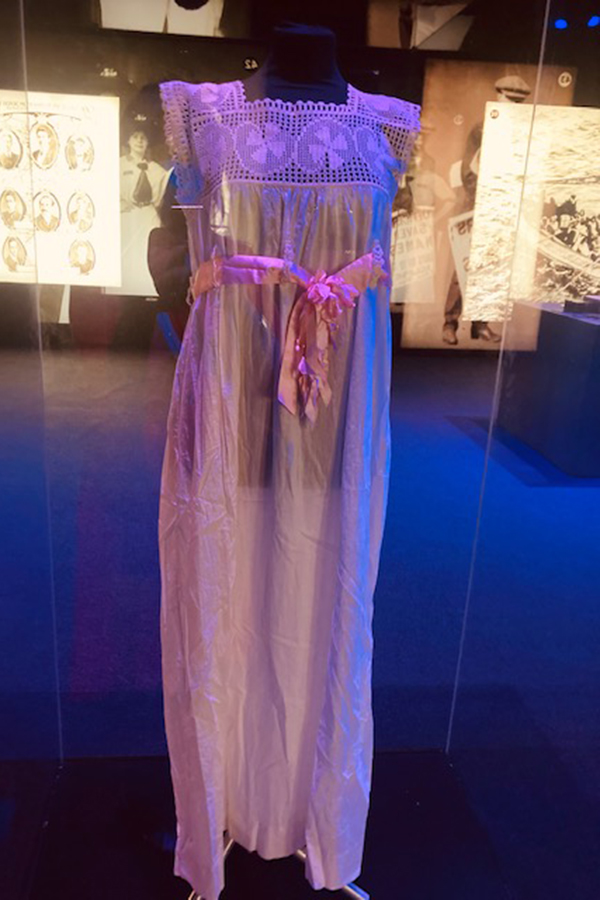 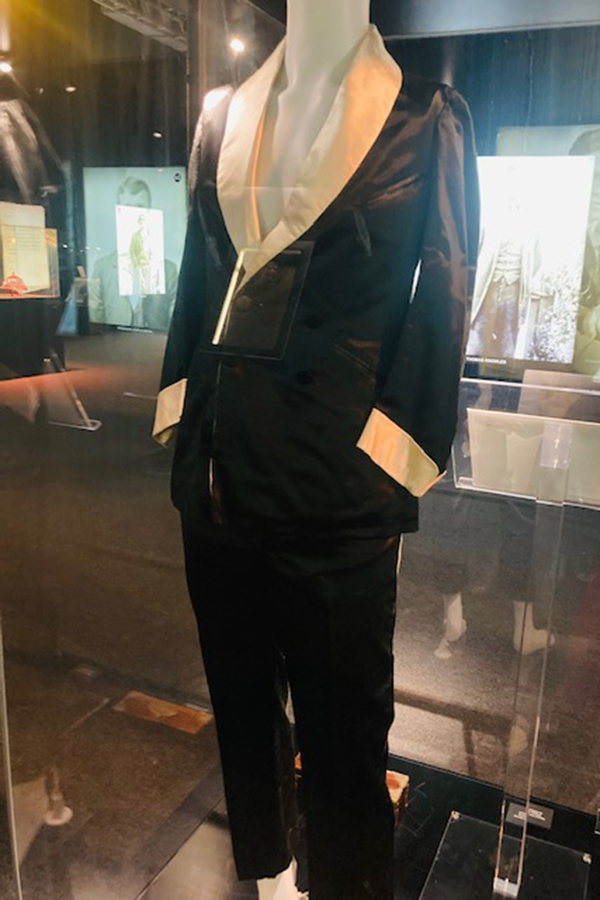 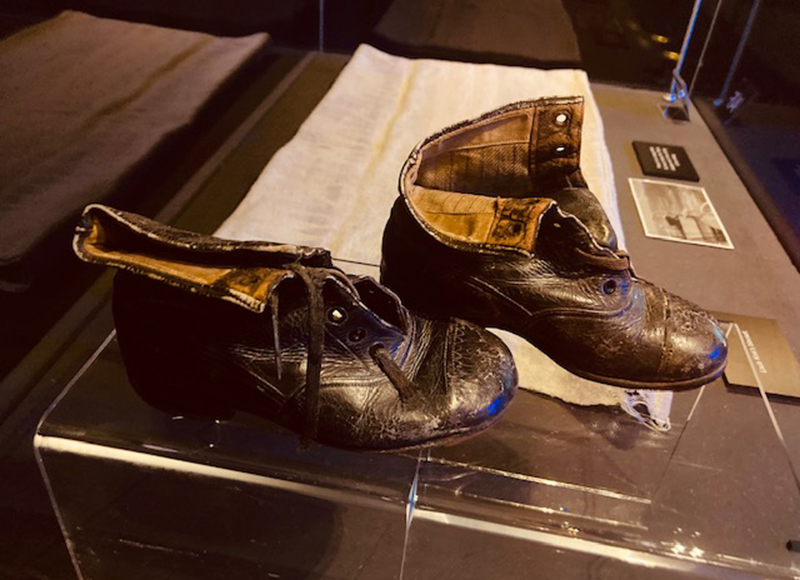 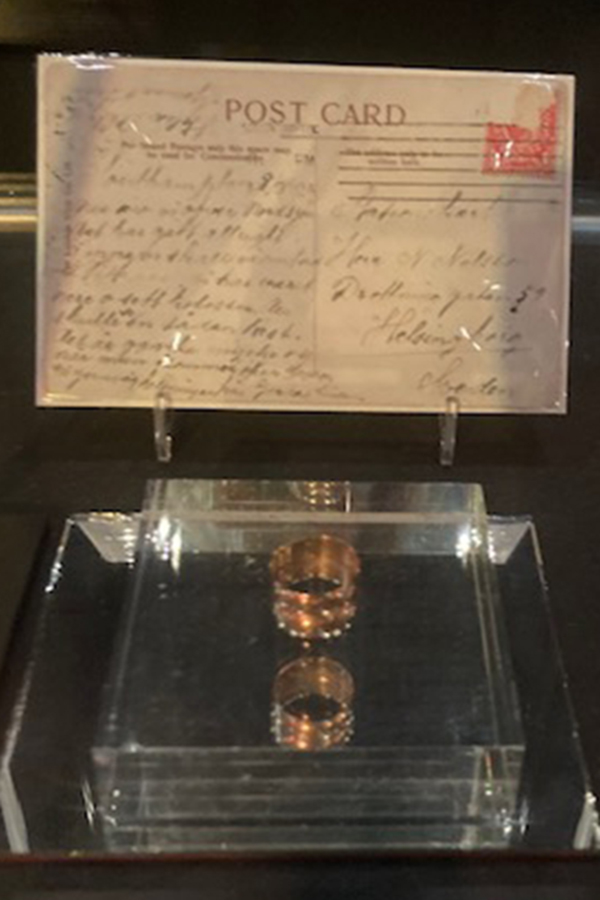 Elin Lindell’s gold wedding ring, which was found in a lifeboat after she died