Spiders for anxiety? Snakes for depression? As animal therapy gets increasingly popular, Eimear O’Hagan meets six clever creatures who are seriously in demand 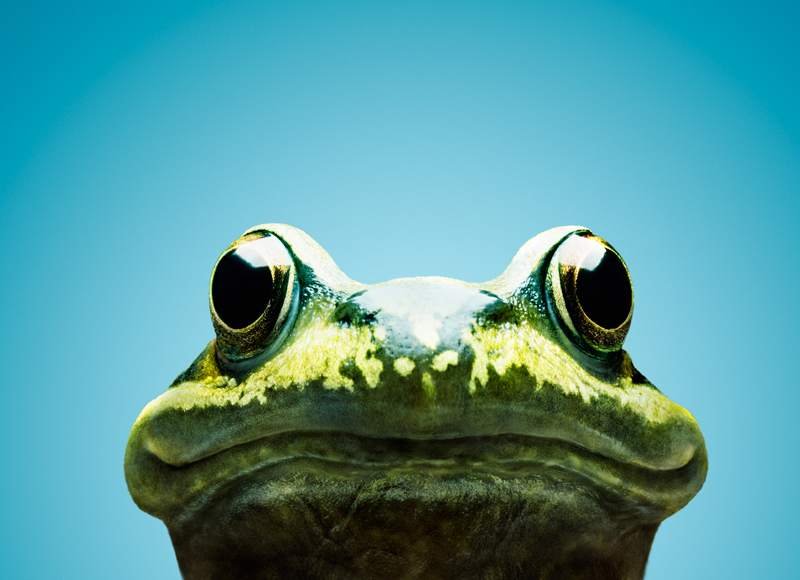 In recent years one form of therapeutic treatment has witnessed a huge surge in popularity: that involving animals.

While there can be anxiety attached to seeking the help of a human therapist, engaging with an animal may be viewed as less stigmatising. From depression management to the alleviation of schizophrenia symptoms, a whole range of conditions can be improved by animal therapists– and not necessarily the traditionally loveable kind… 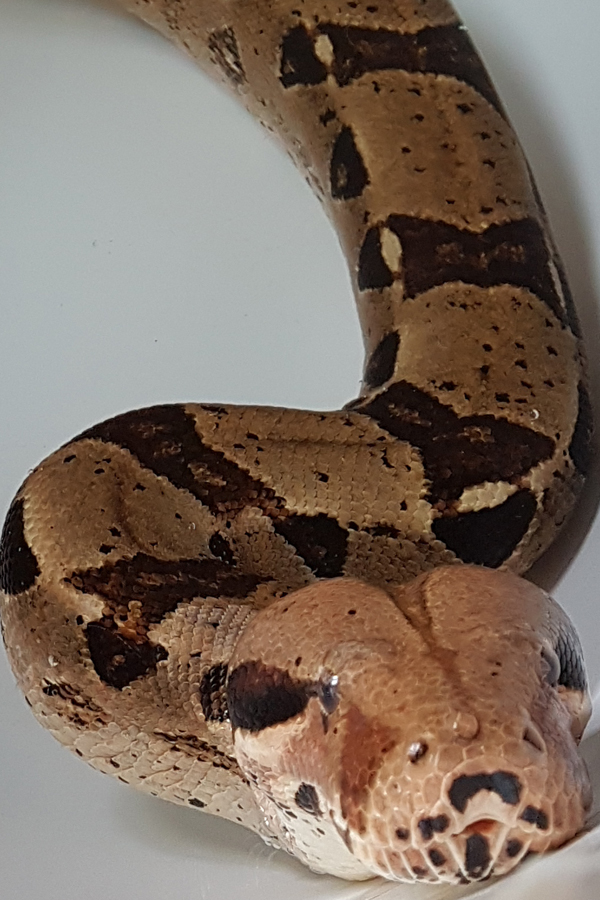 ‘Often people are surprised when I tell them that 12-year-old Connie [above] is a very loving and affectionate animal. They expect it from a dog – less so from a four-stone, eight-foot- long boa constrictor. But Connie loves to be cuddled and shows her affection by curling around your shoulders and gently blowing air into your ear,’ says Dale Preece-Kelly, a registered animal assisted therapy practitioner and founder of animal education and pet therapy provider Critterish Allsorts (critterishallsorts.co.uk).

‘I take her into psychiatric units where she works with people with mental-health issues, ranging from schizophrenia to depression. Patients who are very stressed will lie next to her on the floor, stroking her. If draped around their shoulders, her heaviness is very calming, like a weighted blanket. And at the end of a day’s therapy, she enjoys a rat for her dinner.’ 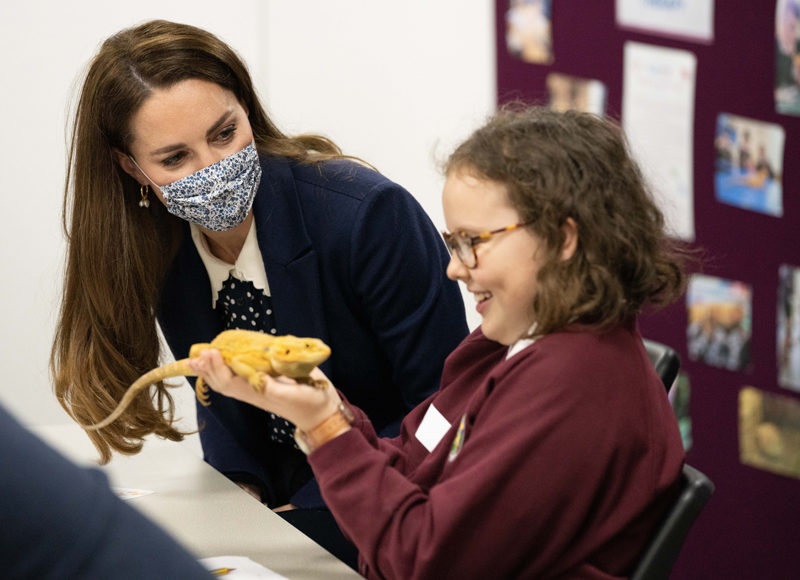 ‘Bearded dragon Barbara had been kept as a pet but was being picked on by another dragon, so we rescued her,’ says Hannah Dixon, community projects manager at HugglePets In The Community, based in Wolverhampton (hugglepetsinthecommunity.co.uk).

‘She joined our team of animals – including reptiles, rabbits and fish – which are used to provide animal therapy to both children and adults with mental health, wellbeing and special educational needs.

‘We use Barbara, who is now three, to help children develop their resilience, confidence and self-esteem, teaching them that bearded dragons are very self-sufficient in the wild – happy to be solitary but still very confident.

‘Barbara’s a very friendly animal – she’ll sit on children’s arms and be hand-fed bugs. She’s particularly popular with children with autism who love her colours and spiky-but-soft skin – and because she is slow to move, she doesn’t startle or overwhelm them.

‘Once, a child with behavioural challenges arrived for his session very distressed and aggressive. As soon as he set eyes on Barbara, he calmed down. He was fascinated by her and understood that if he wanted to hold and stroke her, he needed to be gentle and quiet. She sat on his arm and they gazed into one another’s eyes. He was transfixed and his teacher couldn’t believe the transformation in him.

‘When the Duke and Duchess of Cambridge [above] visited us last May, as part of Mental Health Awareness Week, Barbara was picked to meet them. William told us that Prince George, who loves reptiles, would be very jealous. And Barbara behaved perfectly for the royal visitors.’ 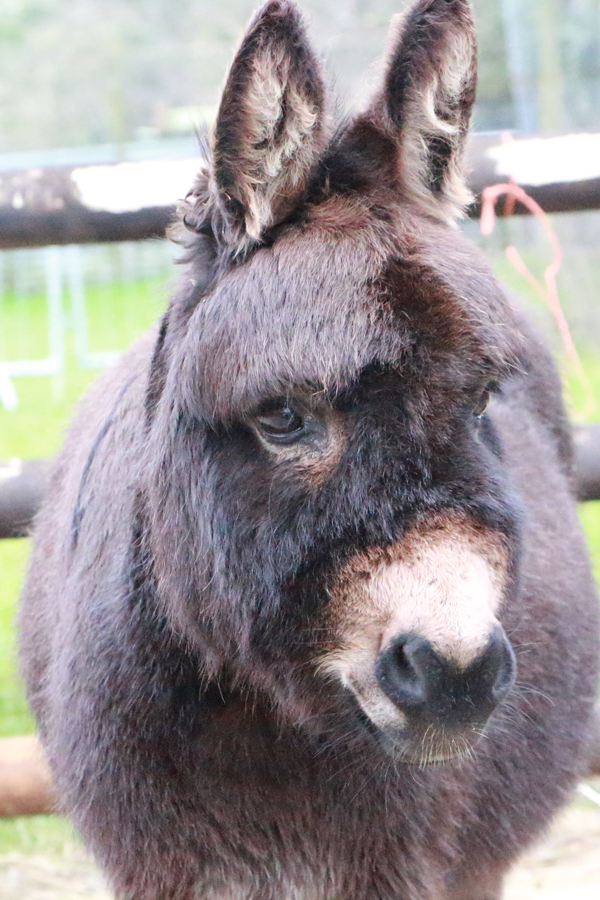 ‘I set up my social enterprise, which takes donkeys on wellbeing visits, after losing my mother,’ says founder of Minidonks (minidonks.org.uk) Sarah McPherson from Norfolk. ‘Both my parents had suffered with dementia, and I had seen how well they had responded to my pet miniature Mediterranean donkeys. I wanted to share the joy and calmness donkeys can bring to humans, so I quit my job in social care and, over the past fouryears, have bred a herd of six. ‘Millie [above] is a three-year- old miniature donkey. She is very chilled and has no fear of going in lifts, which makes her perfect for care-home trips. As soon as residents see her, they smile and begin reminiscing about riding donkeys on holiday as children. She’s also very good at waiting until she’s back outside before she goes to the loo– although I always take a bucket, just in case!’ 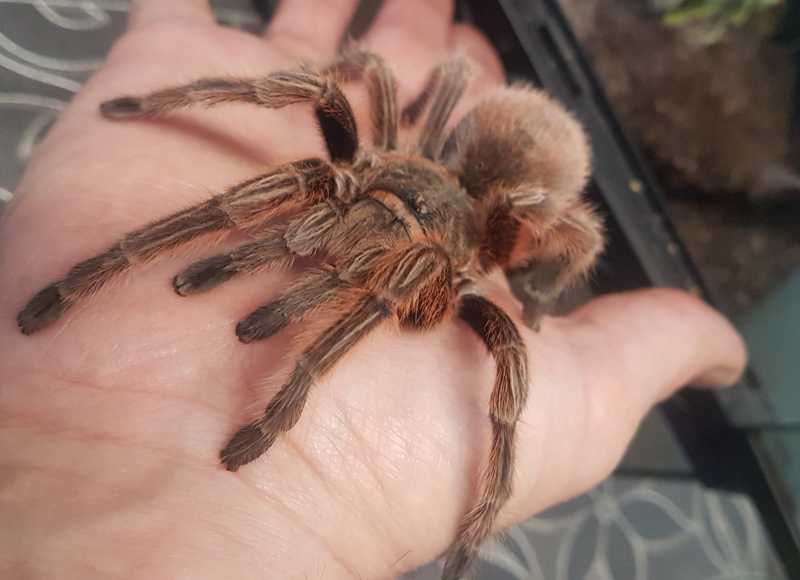 ‘Katarina [above] can have the hardest men in prison quaking in their boots at first,’ says Dale Preece-Kelly of Critterish Allsorts. ‘They start the session with preconceptions about tarantulas but, over time, they relax as they learn that her breed, a chilean rose tarantula, is very laid back, with venom no more potent than a bee sting. Once they overcome their fears, they allow her to sit on their hands or wander up and down their arms.

‘They can take that ability to conquer anxiety both into prison life and then into the world on release, which can be very beneficial. A recent study at one of the prisons Katarina visits revealed a drop in everything from self-harm to suicidal thoughts.

‘Katarina, 13, is a very relaxed lady, and in 11 years of working with her, she’s never bitten anyone. She trusts the prisoners handling her and that’s something they may not be used to, so it boosts their self-esteem.’ 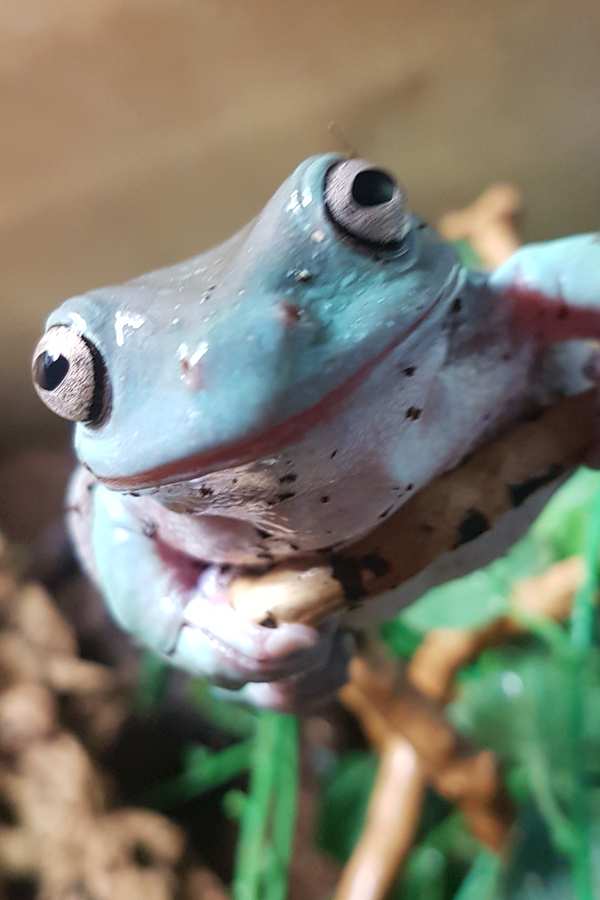 ‘Of all the settings Wubble [ABOVE] visits, he brings the most joy to Zoë’s Place, a children’s hospice in Coventry,’ says Dale Preece-Kelly of his 12-year-old white’s tree frog. ‘The children are totally transfixed by him, gazing into his big yellow eyes, and his time with them is a distraction from what they’re going through.

‘Wubble is very “zen”, and is content to sit on the children’s hands for ages. But it definitely raises laughs when he decides that he’s had enough of sitting still, then curls up his toes and takes off for a hop around the room!

‘When parents tell me they saw their child smile and giggle for the first time in months, then I know why I – and Wubble – do this job. To make that sort of difference.’

‘Leopard gecko Lily, two, was originally kept as a pet, but after another gecko injured her in a fight– causing her to lose one of her limbs– we took her in. Now she’s a permanent resident who’s much loved and spoiled,’ says Hannah Dixon of HugglePets In The Community. ‘She inspires disabled children and adults because of her own disability. They see how agile and fast she is, not allowing the loss of her limb to hold her back, and that is a very powerful message from a tiny animal.

‘She once formed a special bond with a young girl who was born missing half of one of her arms. And she’s loved by children with vision loss, because her skin, which is velvety, is covered in tiny bumps which feels like braille.

‘We also find that adults who are reluctant to try traditional therapy are sometimes more open to animal-assisted sessions.’

GETTY IMAGES. DALE PREECE-KELLY IS THE AUTHOR OF UNLEASHING THE HEALING POWER OF ANIMALS