The Ordinary is a brand with a truly cult following of loyal shoppers. Their affordable skincare has made it easy to access clever high quality ingredients without spending an arm and a leg. Whether it’s their cult AHA/BHA Peeling Solution or their bestselling Squalane Cleanser, it’s hard not to buy something when you visit their website or stores.

Several years ago, The Ordinary launched a range of foundations, which was the first foray into makeup they had ever made. And now, the brand has delved into the world of concealers, launching their high coverage formula much to the delight of their legion of fans.

And turns out, This Morning and Dancing On Ice presenter Holly Willoughby is one of those fans. Taking to Instagram after Holly wowed viewers on last Sunday’s Dancing On Ice, make-up artist Patsy O’Neil revealed that Holly was wearing the brand new concealer from The Ordinary.

So what’s all the fuss about? Well, let’s start with the fact that one of these tubes will set you back a mere £4.90; a far cry from many of today’s more expensive bestselling formulas.

Next, its shade range; there are 36 options, meaning it caters to a wide range of skin tones, as all makeup products should. The shades are also split into four categories (lighter tones, medium tones, dark/deep tones, and deeper tones), and then classified further by a second digit from 0 to 4 to indicate depth within each category.

Finally, they are also broken down into undertones, from pink to red, yellow to neutral. This system may sound complicated, but it makes it far easier to find an exact shade match and shop online.

The formula itself claims to be high coverage, making it perfect for hiding any stubborn blemishes or other ‘imperfections.’ It’s cleverly made using a unique combination of colour pigments suspended in the brand’s ‘spreadability system,’ making it a unique makeup buy. The concealer promises to be lightweight on the skin, blending seamlessly and providing a natural finish, never settling into fine lines or dry areas. 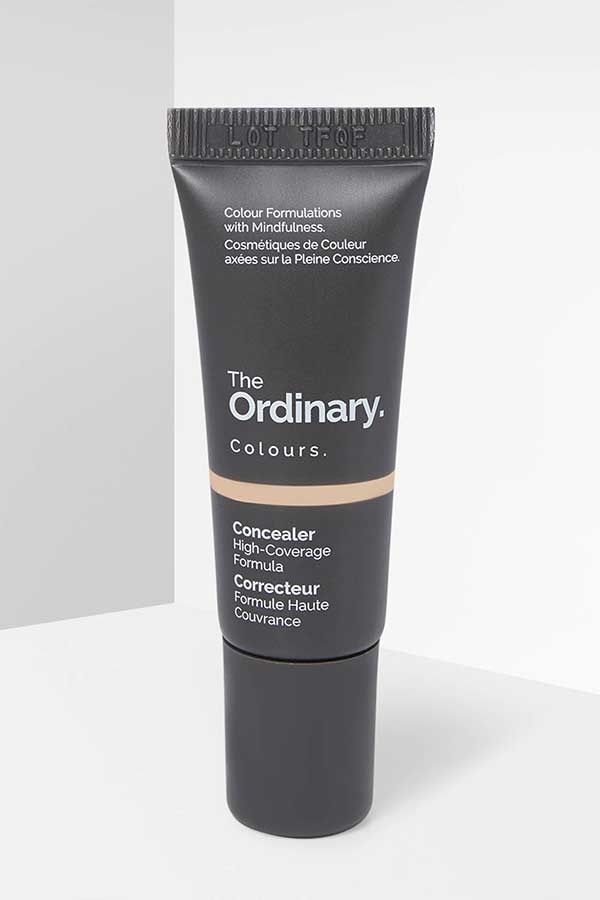 The arrival of The Ordinary’s first concealer has drummed up rather a lot of excitement since it was first announced. Social media users have commented and liked in their thousands, eager to get their hands on the £4.90 formula that promises to be just as good as its more expensive counterparts.

You can now get your hands on the product online, either at Deciem’s official website, or other stockists including Cult Beauty and Beauty Bay.

BEAUTY BUZZ: How to reboot your resolutions

Clean beauty: 8 simple steps to clean up your beauty routine

This £18 Body Shop bronzing oil is being hailed as a...

Five of these bug-busting £3.50 body sprays sell every single minute

The expert’s guide to rainproofing your hair

People swear that this £6 perfume is a dead ringer for...