I’ve never been the proud owner of a washboard stomach (especially after three children), despite being a consistent size 10. While we all know a few people with abs you could practise ping-pong against, I have a squidgy roll that hangs over my bikini bottoms like rising dough. And you know what? I don’t care. What I do care about is why women have come to measure their health by how flat their stomachs are. I blame it on the voyeurism of Instagram, where we’re confronted by crop tops and six-packs on women who train like athletes and eat a lot of protein.

It’s my duty to remind us that the female six-pack, or even super-flat stomach, is not common or easy to achieve and can be damaging.

Firstly, we need to remember the stomach is an organ. Personal trainer and bestselling author James Smith (@jamessmithpt) knows well the suffering women put themselves through to obtain the ‘perfect stomach’. ‘The six-pack has become the gold standard in wellbeing,’ he says. ‘The caveat, however, is who is willing to give up the most to obtain it.’

For a handful of women (James says about one in 40), a sculpted stomach comes naturally, but for the majority, body fat needs to be extremely low and we’d need to train excruciatingly hard to get anywhere near that definition. For some, low body fat causes their periods to stop; I was shocked to learn of a worrying trend for younger women to see menstruation as negative because it’s a sign that their body fat has risen. Many go for years without having a period, which is potentially damaging to fertility.

Personally, the nearest I got to visible abs (OK, they were those lines down the sides of my stomach) was when I lost weight due to a traumatic life event. So how on earth did we come to idolise the six-pack when it may represent illness or potential infertility?

‘People are neglecting their physiology,’ James warns. ‘Women need more body fat than men to survive pregnancy and to create breast milk. When was the desire to have a flat stomach more important than kids?’

The ideal of the super-flat stomach also does nothing to help the mindset of those going through the menopause when erratic hormone levels peak and trough causing the metabolism to slow, which can lead to weight gain around the stomach and hip area. If you are struggling with your hormones speak to the experts at londonhormoneclinic.com.

Aesthetics aside, it’s important we keep our core as strong as possible. Mix exercises that train the whole of your stomach (not forgetting pelvic floor exercises which engage your lower abs, too). James recommends the following based on health, not an Instagram ideal.

Get into plank position but with your forearms resting on an exercise ball, tucking your tailbone under to prevent injury. Move your forearms (and the ball) in small circular movements ten times clockwise and ten times anticlockwise. Start with small movements, getting bigger.

Lying on your back, make sure the base of your back is pressed into the floor. With legs and glutes straight and tensed in front of you and ribs tucked down, lift your feet off the floor (the lower they are, the harder it is). Hold for 15 seconds before releasing, building to longer with practice. When you are strong enough raise your arms above your head and lift with legs simultaneously.

A veg patch in a box 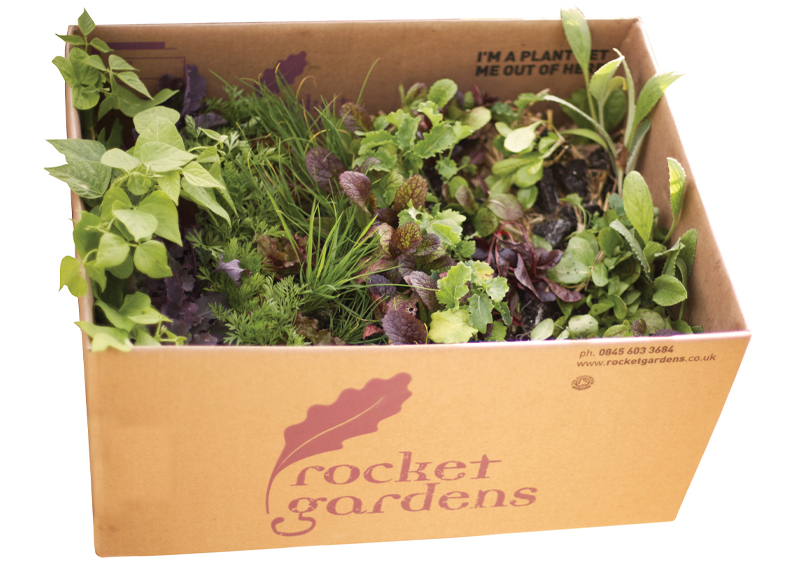 Thought you couldn’t grow your own veg? Think again. Rocketgardens.co.uk makes it super easy, having done the initial sowing to create ready-to-go plug plants. I’ve ordered the Family Favourites Veg Patch (£39.99). And if you only have a balcony, the Container Garden Veg Patch (£29.99) contains beetroot, lettuce, tomatoes and rocket among others.

My biggest health downfall has always been not drinking enough water. Well, not any more, thanks to the Quifit water bottle, which is a game-changer. With motivational markers saying things such as ‘Do it for yourself’ and ‘NO EXCUSES’, it manages to keep me glugging all day. 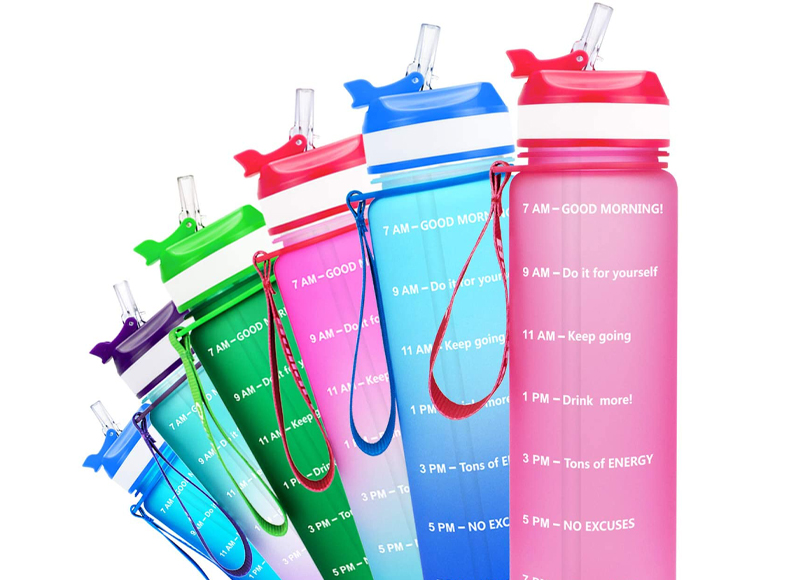