The animal print trend that’s been dominating the shops for months is showing no signs of going anywhere – as Susanna Reid and her stylist Debbie Harper clearly know.

The Good Morning Britain presenter has been spotted on the set of the morning TV show on multiple occasions in the most fabulous pair of leopard print shoes with contrasting pointed toes, which she’s teamed with some gorgeous green dresses.

Thankfully, the stiletto heels are also a high-street find, and at a surprisingly reasonable price. They’re currently in stock on the Zara website in sizes 2-8 for just £49.99. Result!

As well as tapping into one of the season’s hottest trend themselves, the shoes will look great with the neutral palette that’s dominating runways, street style and stores for the months ahead. Try adding them as a statement pop against a tonal beige outfit – it will work just as well as the jewel colours favoured by Susanna. 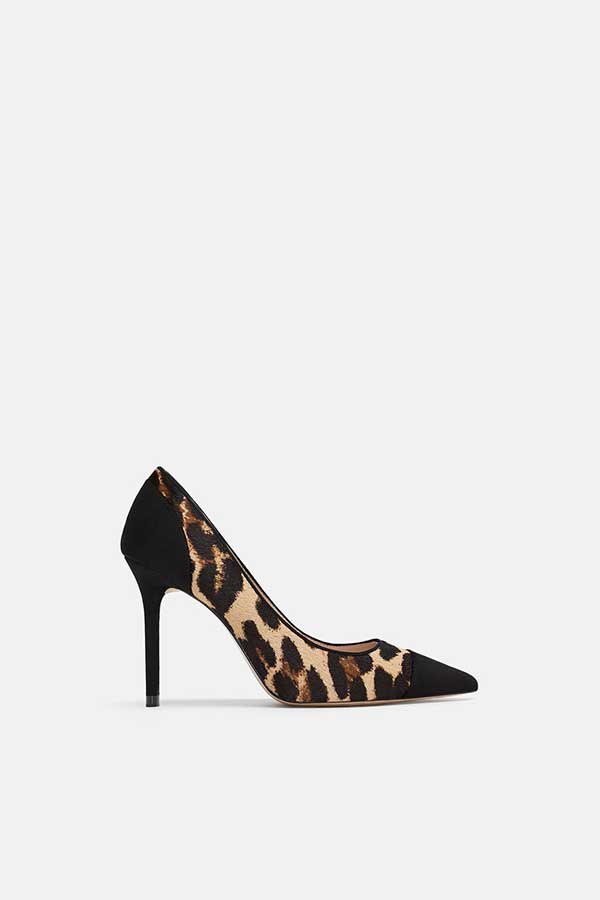 It’s not the first time Susanna has taken a walk on the wild side when it comes to her wardrobe – back in January, she appeared on the show in a chic leopard print midi dress from Oasis.

However, a great outfit is a given, but Susanna also has another secret weapon. Speaking to YOU magazine during her cover interview last year, she revealed that she was ‘the most confident she’d ever been’ – both on a personal and professional level.