If you were a Wham! fan in the 1980s, we’ve got the next nine minutes of your afternoon sorted, because Shirlie Kemp has shared some of her favourite outfits from her days with George, Andrew and Pepsi, and they’re about to hit you right in the nostalgia.

From tour jackets to t-shirts to dresses with the biggest shoulders you’ve ever seen, in her own words, here are just some of the ‘real crazy outfits’ that Wham! wore and loved back in the day. How many do you remember? 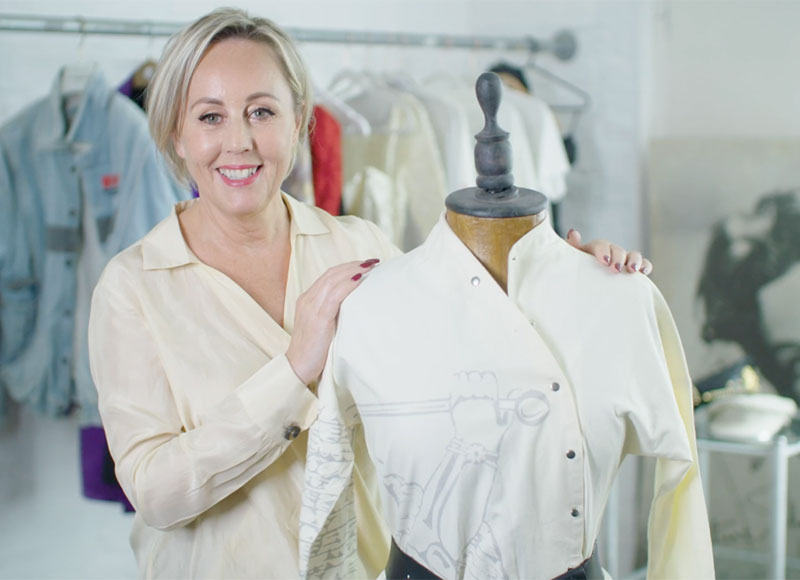 ‘This was the first dress that I ever wore for Wham’s TV performance on Saturday Morning Superstore. I went and spent a whole £60 – I’d never spent that on an outfit, and it was by a trendy designer called Melissa Kaplan.

‘This is also the dress I first wore on Top of the Pops, and [Shirlie’s husband] Martin still really loves this dress because I was wearing it the first time he ever saw me. He still smiles now when he looks at it.’ 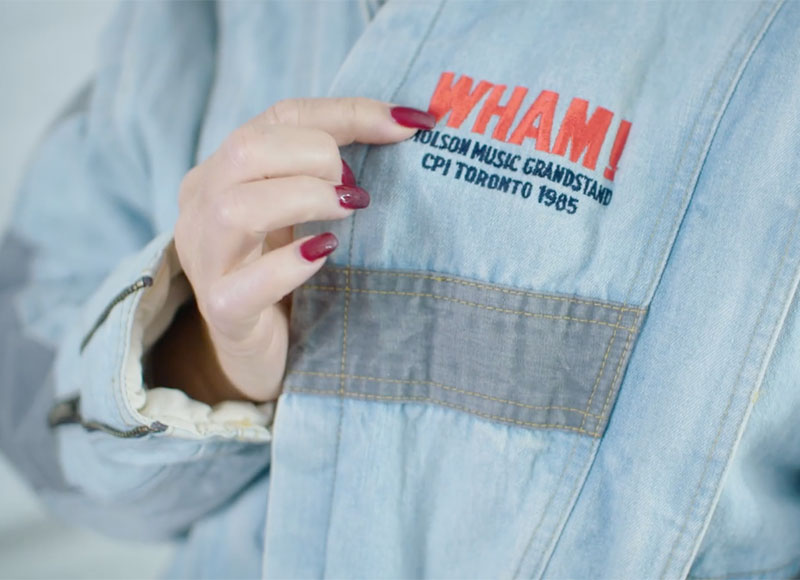 ‘It was a big thing when you went on tour to be given your tour jacket. Everyone looked forward to seeing what it would be for each tour, and in 1985 we were given one of these. It’s a stonewashed denim bomber jacket;  it’s padded, it’ll keep you warm, and everyone will know that you’re with Wham!

‘This would have been a Canadian jacket, part of our Toronto tour. It was your label to say “I’m with the band!” if you wanted to go into a restaurant and get a table… Pepsi and I never really wore these but all the guys definitely wore theirs. That was their chat-up line. They would have had the collars up.’ 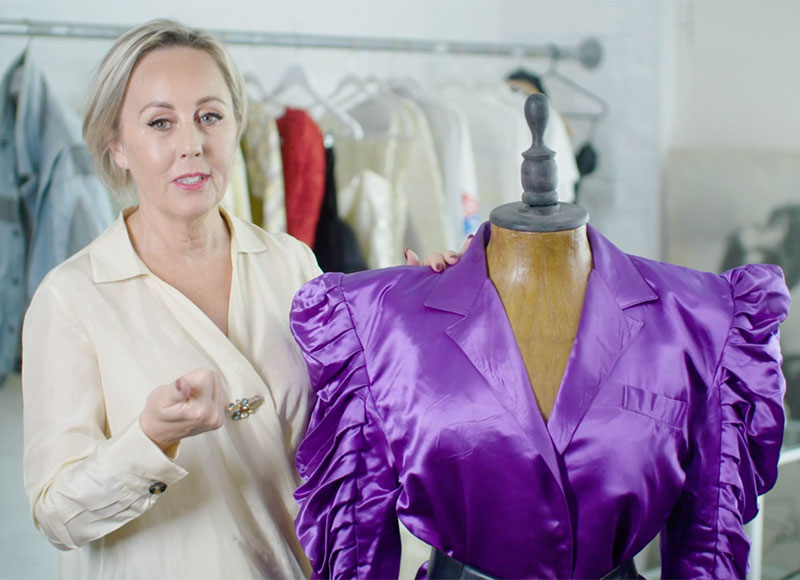 ‘How about this for a showstopper? I’ve actually measured shoulder to shoulder, it’s over two feet wide, perfect for your 80s shoulder pad. We would have worn this for ‘Everything She Wants’ or ‘Club Tropicana’, with black fishnet tights and nothing else underneath.’

‘George and Andrew would just say to Pepsi and I, go off and find yourself some outfits, and we just found the most hideous things to wear on stage, to get noticed maybe. It was a really big trend in the 80s to have the belted waist and the huge shoulder pads.

‘We all used to do this really lovely hugging thing and it was always in this jacket, so it makes me sad, but I know that I’ve got part of my friends in this jacket. I’m not getting it dry-cleaned ever now, I think it holds a piece of everyone.’ 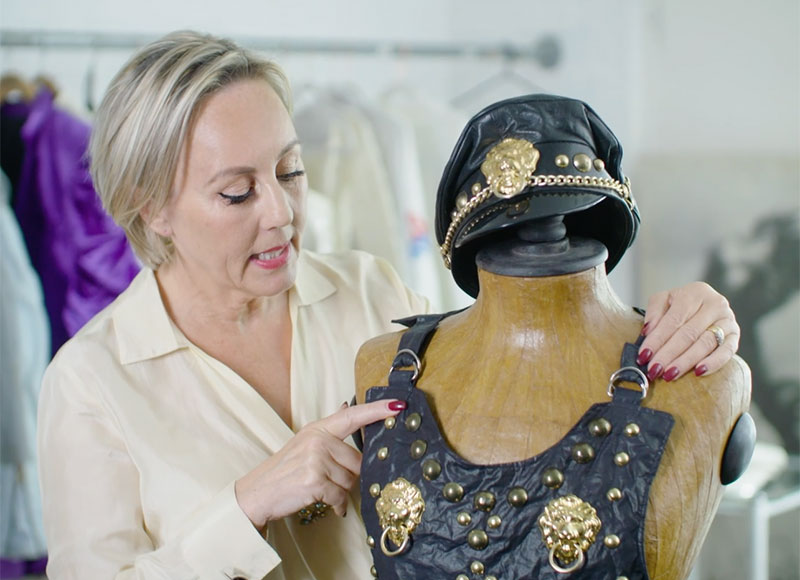 ‘This was worn for ‘Wham! Rap’ and it was definitely worn in China – Wham were one of the first Western bands to ever go to there. Pepsi and I came out in these, because we always wore the same clothes, and I don’t think they’d ever seen a Western woman dressed like this. It was a bit of a shock for me to be in China and a shock for them to see us.

‘It’s meant to look like leather; obviously it’s not, it’s just a cotton fabric, the studs are plastic. The strap would have gone round the back, and then there was the hat. This was how the ‘Wham! Rap’ looked.’ 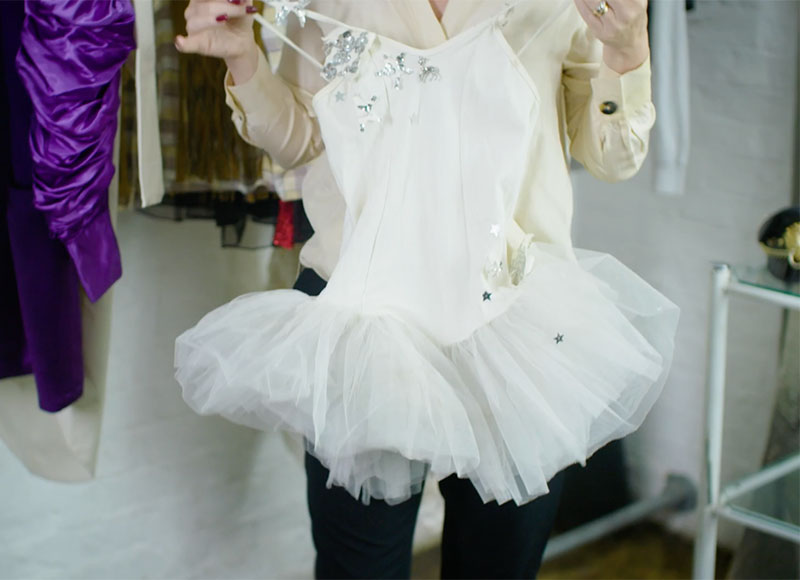 ‘Anyone who ever saw Wham! live would know that George and Andrew were really funny, they always took the mickey out of each other.

‘Sometimes Pepsi and I would just get costumes and not tell them about them; I still remember their faces when we came past them in our little ‘Last Christmas’ dresses!’

The ‘Young Guns’ shirt and waistcoat 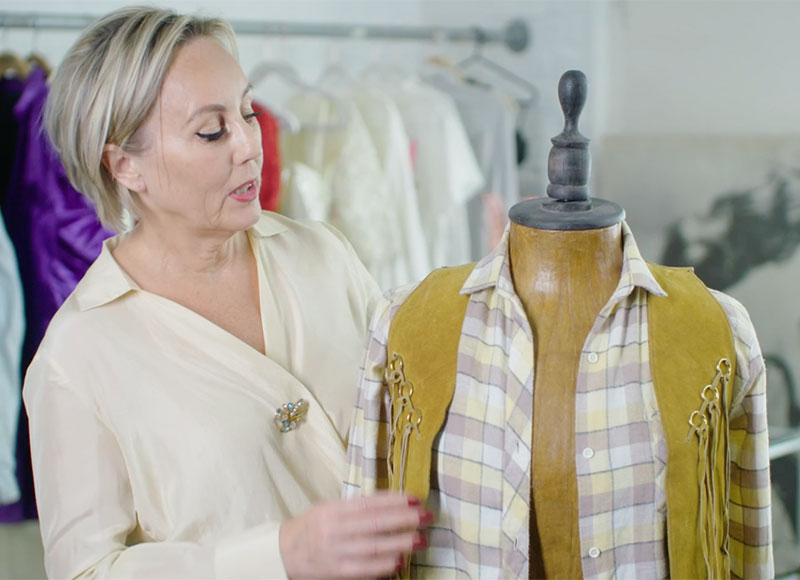 ‘This is a vintage vintage, because I loved shopping in retro shops when I was younger. It must have been 20 or 30 years old when I bought it. It’s a brushed cotton shirt and a suede jacket, which we wore for ‘Young Guns (Go For It!)’. It was one of the best songs to perform to because we all danced a lot and the boys loved that.

‘I love all the tassels on it, I’ve got a feeling it would have been American. A real 60s piece. It’s got a special memory because it’s from before Wham! had really made it big.’

The Day on the Green T-shirt 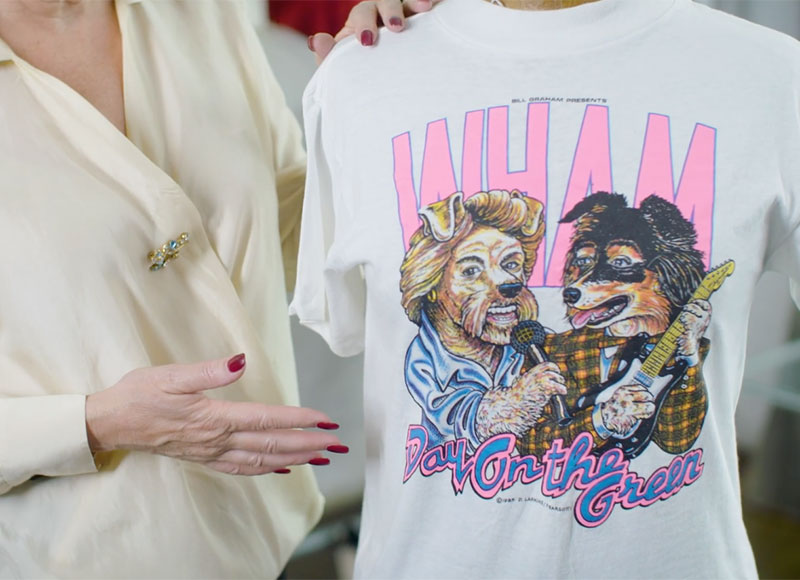 ‘This is the sort of free gift you’d be given if you were in the band, along with your bomber jacket. This is the weirdest T-shirt, I think that’s why I’ve kept it. I couldn’t quite understand why George and Andrew are dogs. I’m sure the boys were just as baffled by it.’

‘It is the strangest T-shirt. I want to know, does anyone have one of these t-shirts, can you let me know why George and Andrew became dogs? Andrew looks like a Collie and George could be a Labrador? He actually looks a bit like my dog.’ 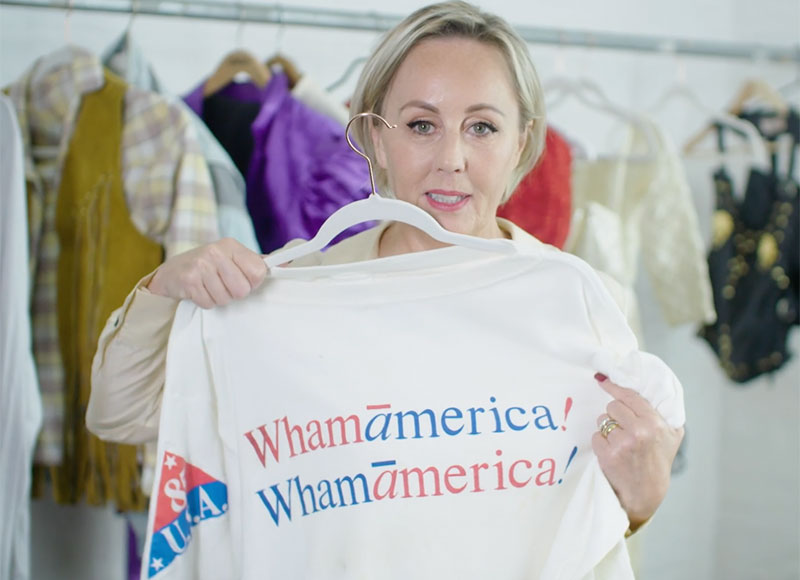 ‘One of the most exciting things I remember was when we first went to America, that was it for me: “I’m in America now!” As we got given tour jackets, we’d also get given a kind of casual t-shirt. The American ones were always nice, this cotton is still soft.

‘You’ve got your badge of honour on the arm, 85, USA, and all the places we played. You’d know who was in the band because we’d all be walking around in our tour t-shirts.’

The Wham The Final t-shirt 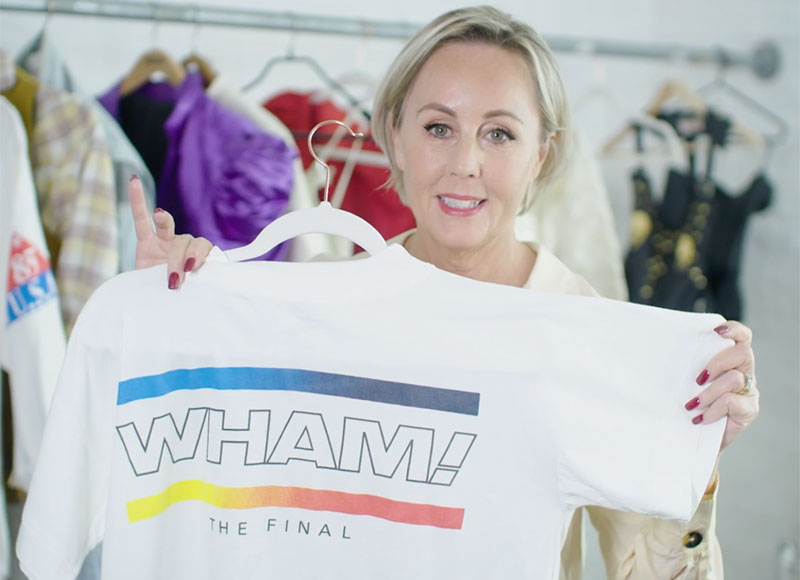 ‘This one speaks for itself: Wham the final. 28th June 1986, at Wembley Stadium. It was a huge day, huge event. I’m not sure if we wore these on stage or not but Pepsi and I would have worn them with little skirts or maybe this is one of the boys because they always wore those little white shorts, I don’t know.’

‘And that was it: that was the final of Wham.’

Shirlie and Martin Kemp’s new album In The Swing Of It is available to download now.