Don’t mention private school or gap year – any toff worth the family pile is now playing down their privilege, confesses Sophia Money-Coutts

I noticed it when the builders started work on my flat. ‘Fancy a cuppa?’ I’d ask, instead of offering a ‘cup of tea’. As we discussed the renovation plans, I’d talk of the ‘living room’ or the ‘front room’ instead of the ‘sitting room’. When the plumber came over, I stood in the dust with him, squinting at the corner of the new bathroom, and discussed where the ‘toilet’ was going, as opposed to the ‘loo’.

I didn’t want to seem like a thumping, honking, hair-brained Sloane, the sort of dimwitted woman who deserves to be ripped off, so I tried to tone myself down. Hide my posh roots. Cover up my privilege.

Whenever my gap year comes up, I make feeble attempts to disguise it. You can’t refer to taking one of those without sounding insufferable (and thinking of that comedy character who talked of his ‘gap yah’), so now I vaguely refer to the time I went ‘travelling’. That’ll fool them, I tell myself.

The trouble is, these days, posh is bad and posh people are the enemy. 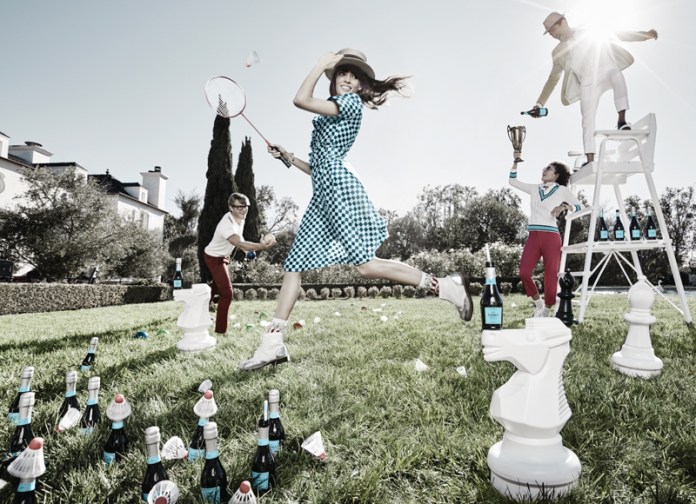 Call it posh-ism, if you like. And on one level, fair enough. Look at Jacob Rees-Mogg, an adult man who still talks about his nanny. Look at Old Etonian Latin-spouting Boris Johnson. Look at Kirstie Allsopp telling millennials in her Marie Antoinettish way that they could afford a house if they cancelled their Netflix subscription.

The how-posh-is-too-posh debate is one that has been raging all summer, ever since KPMG bosses advised staff not to talk about private schools or skiing trips. Some praised the move, saying it paved the way for other workplaces to become more inclusive. Others thought that it was ‘wokery’ gone mad.

The solution for many of us, meanwhile, has been to dumb it down. For some time now, posh sorts have been tweaking their accent and adopting ‘mockney’ or ‘estuary’ tones. In 2019 Barnaby Lenon, the former head teacher of Harrow, declared that ‘most Etonians and Harrovians these days go out of their way to employ an estuary accent’ because being upper-class ‘is not a good thing’. Certain Old Etonians have also long referred to going to school ‘near Slough’ in an effort to play down their education.

But since 2019, the perilous situation has worsened as a government of posh boys lurches from scandal to scandal, and actors, musicians, writers and even the odd banker scrabble to pretend they’re not like them. (‘All the posh-bashing that goes on… I wasn’t born into land or titles,’ Benedict Cumberbatch once complained in an interview.) One friend who works in finance doesn’t just refer to his ‘missus’, he’s also taken Eton off his CV to try to hoodwink potential employers.

‘I always tell cleaners and hairdressers that I’m a teacher,’ says someone else, on the subject of jobs. ‘I think it makes me sound like one of them.’ What she leaves out is that she teaches classics at a Home Counties boarding school. I’ve always remembered a brilliant Vice piece that included the anecdote that a well-heeled student once tried to claim he was a miner ‘because his family owned a mine’.

Dealing with tradesmen seems to present a real problem for many. ‘My husband calls them all “boss”,’ says one embarrassed wife. ‘Like, “Thanks, boss” or “That’s all right, boss.” And he literally never addresses anyone else in that manner.’ Recently, after a trip in a black cab across London, my friend Tom said ‘Cheers, boss’ to the driver, only for his small daughters to frown up at him. ‘Daddy, he’s not your boss, is he?’ one of them asked, confused.

Others have slipped off their signet rings and wear Adidas co-ords instead. Tracksuits are in, especially for men, grumbles etiquette expert William Hanson. ‘It’s grunge dressing to appear more urban,’ he explains. Nor does he approve of ‘bro handshakes’ or fist bumps instead of the traditional handshake. ‘They wind me up.’ The return of the mullet is additional help for 20-somethings who are trying to appear less foppish. ‘When Henry came home for Christmas, he had one of those haircuts that was long at the back and short at the front,’ sighs a forlorn mother. ‘It was a shock for us, but even more so for the vicar.’

Yet another giveaway is where you live, so some try to disguise that. ‘Not long ago I called up Magic FM to request a song,’ says someone who needs to remain anonymous for her own protection, ‘and when they asked where I was from, I was too embarrassed to say Dulwich, so I said Brixton. Cringe.’ Another friend, who lives in the heartlands of Fulham will only say when asked that she lives in ‘West London’. My friend Emily has set her dating profile to say she lives in Acton to sound less posh than Chiswick. I will admit, I delight in being able to tell people that I live in Crystal Palace because I expect many might assume that I’d loiter around Battersea. Reverse snobbery in action.

These are dangerous times where you may be called out for being posh and cancelled at any moment, so toffs have developed survival tactics worthy of an Attenborough documentary. Take my pal Rupert, a lifelong Chelsea fan, who occasionally takes his young nephews to games with him, but always warns them beforehand: ‘Call me d**khead, call me w**ker, but don’t ever call me Rupert.’

You can never be too careful.